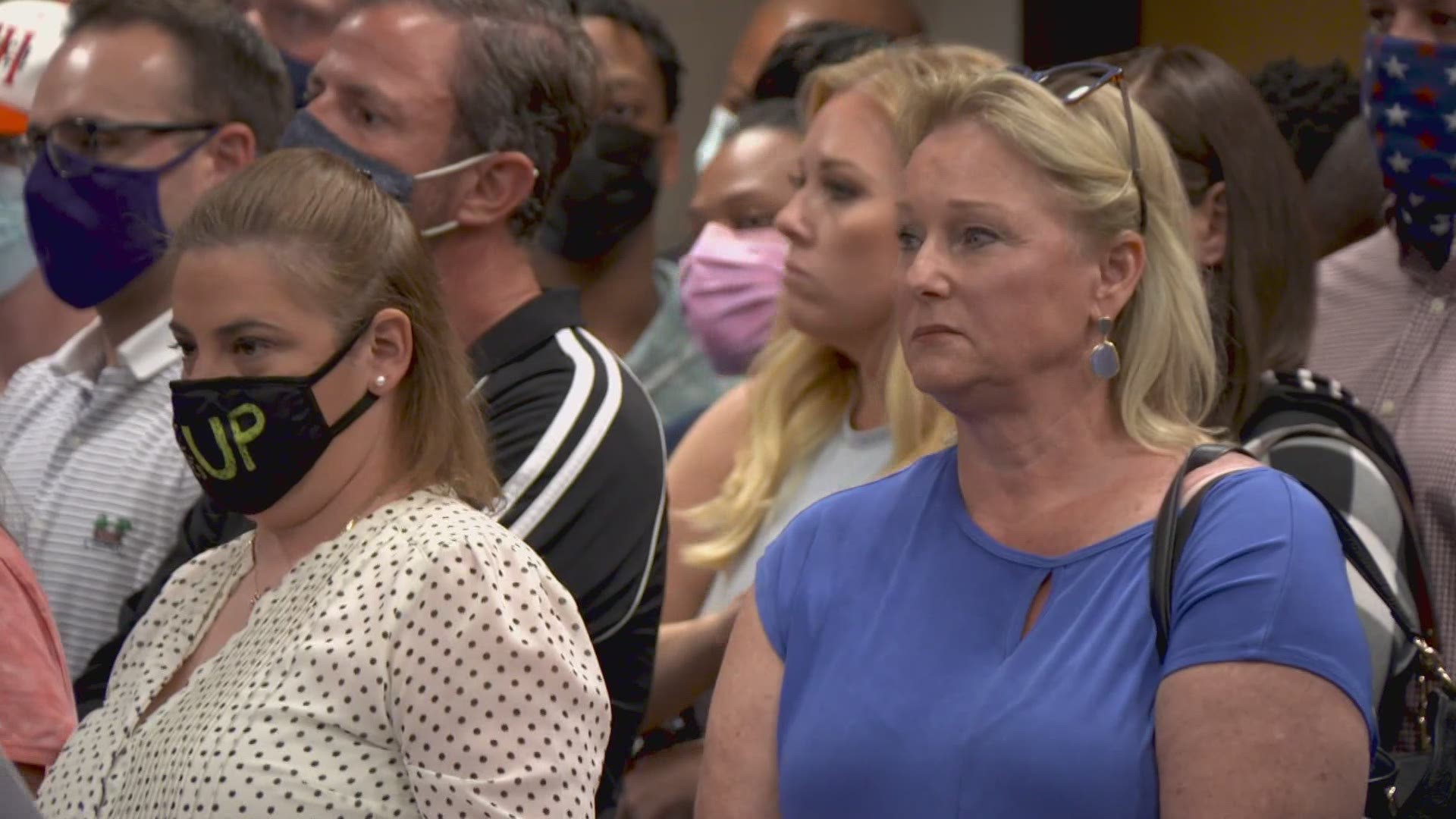 Parents and students shared stories of racism and called for change in leadership and policies.

“Both my 8-year-old and my 16-year-old sons who are behind me have been targets of racial hate,” a parent said during the meeting’s comment section.

Christopher Johnson, one of the students mentioned in teh chat, told the board they weren’t listening or paying attention to the issues of racism that students had dealt with. Johnson’s family and others were upset that when the Snapchat group became public the district initially told parents it was a cyberbullying incident and didn’t call it racist.

RELATED: 'They failed to protect them': Parents of Black students targeted in racist post speak out against Aledo ISD

“If you think this has affected you and your job, just imagine how we actually feel,” Johnson said. “The superintendent or board has not even admitted or apologized to us.”

Chris Johnson, one of the 9th grade students mentioned in the racist Snapchat group, just got up and made a speech to the board calling out the district for lack of transparency/action. Loud applause as he finished.
(@wfaa) pic.twitter.com/51Aajq5Zed

Monday morning, Toni Lopez, a parent of a junior in Aledo High School, found and picked up a handful of hundreds of flyers scattered along roads and school campuses advertising a fake slave auction.

“Racism is ugly and hurts everybody involved,” she said. “That hurt my heart and every time I bent down to pick it up, I wanted to scream.”

In a statement, the district said it’s investigating the flyers, which also ended up in several neighborhoods.

“This type of material is absolutely inappropriate, unacceptable and wrong,” the statement said. “After learning about it, we immediately involved our Aledo ISD Police Department to review security footage and take other steps to investigate who distributed this flyer.”

“You cannot address a problem until you admit that you have one,” he said. “In three months, six months, nine months, a year, you’re going to have another incident.”

Superintendent Susan Bohn started Monday’s meeting saying the district is planning to reinforce the discipline for racial misconduct with staff, form a trustee listening group and provide training for parents.

“We strive to be better each day than the day before,” Bohn said.

After Monday’s meeting, awareness of racism in the community was no longer the issue for board members or parents.

“We have to get comfortable with having uncomfortable conversations,” one parent said during the comment section.

Both parents and students stressed during speeches that they’re not being heard, that racism isn’t being addressed and that without change, meetings like the one on Monday will happen again.

“When will you make the changes need to make sure all of us feel treated fairly and safe?” Johnson said.