The school's principal noted there have been zero reported cases of the coronavirus. 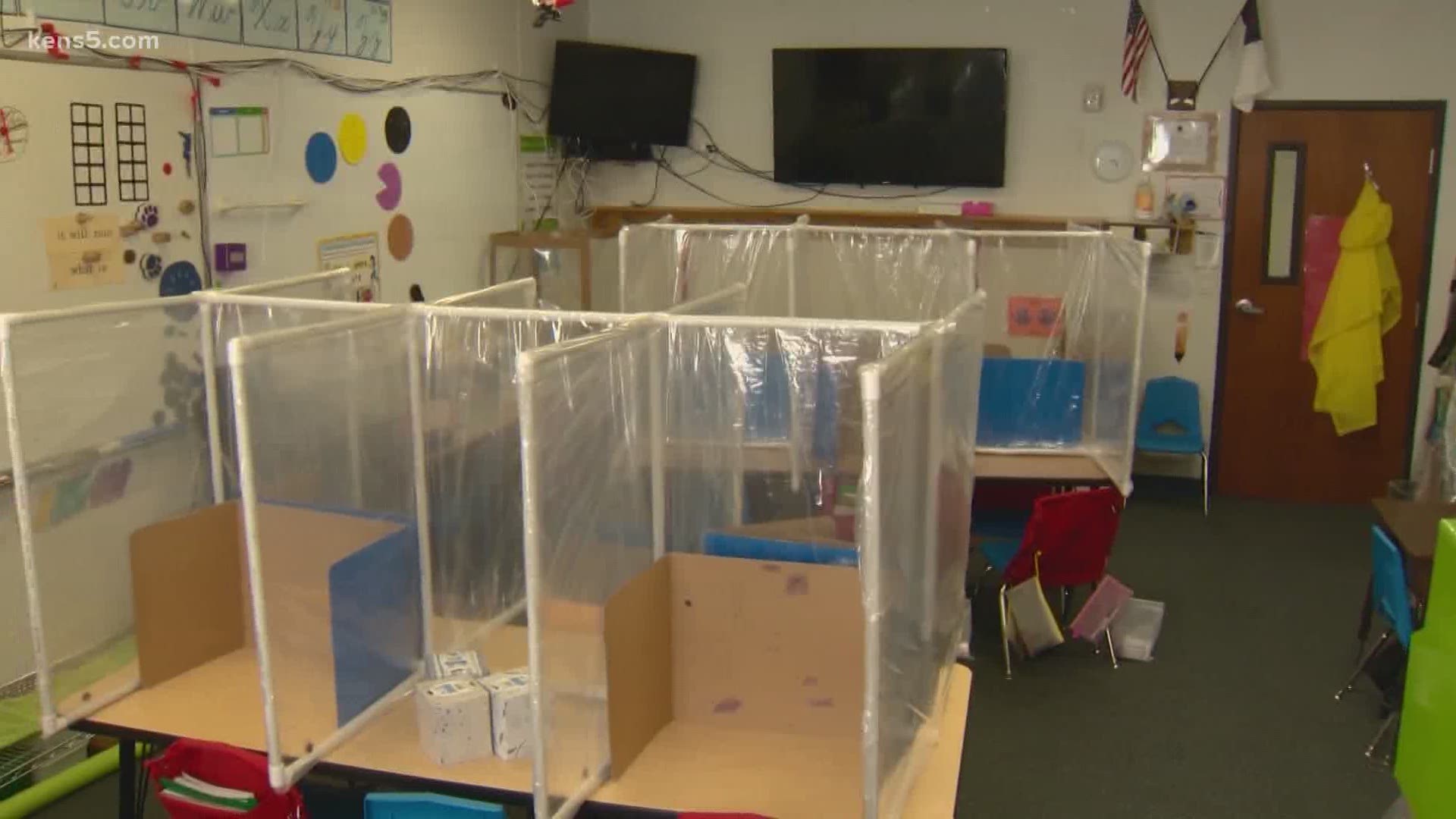 SAN ANTONIO — Northwest Hills Christian School’s Lisa Morrison knew it was time to get creative when the pandemic prompted the shutdown of in-person classes in the spring. But now, she’s instructing her first-grade students both online and in the classroom.

Morrison’s classroom has transformed into a sanitized sanctuary, as each desk is fitted with make-shift barriers and shelves of books and supplies are covered.

“It keeps them into their kind of area but at the same time they’re able to get up move and still talk to each other without having to necessarily have the mask completely over their face when they’re just sitting there having a normal conversation,” Morrison said.

Seven of Morrison’s students are learning at the school while another seven are doing remote learning.

Morrison invested in a multi-camera setup to accommodate the students at home. She admits technology has proven to be difficult at times but Morrison thrives on the challenge.

“Now they might be off a hair because there’s always a little bit of a delay but I’m sitting here just happy as can be because I get to hear them. They’re still participating and they’re getting to see their classmates,” Morrison said.

Down the hall, middle school teacher Brenna James is preparing her lesson plan for the rest of the week.

“It’s been so much fun being able to be in the classroom again,” James said.

James said she doesn’t call attention to the pandemic with her students because it’s already something they’re living with every day.

“I want my kids to enjoy coming to school. I want them to be focused and I want it to be as normal as it can be,” James said.

Northwest Hills Christian School Principal Gil Patrick Peyton noted the pandemic has affected enrollment. Before the coronavirus, 170 students attended the K-8 school. Now, 137 students are enrolled with about 30 opting in for virtual learning.

Peyton said no cases of the coronavirus have been reported among students and staff since the start of school one week ago.