Parents were told if they did not comply with the dress code, they could not enter the school's campus. 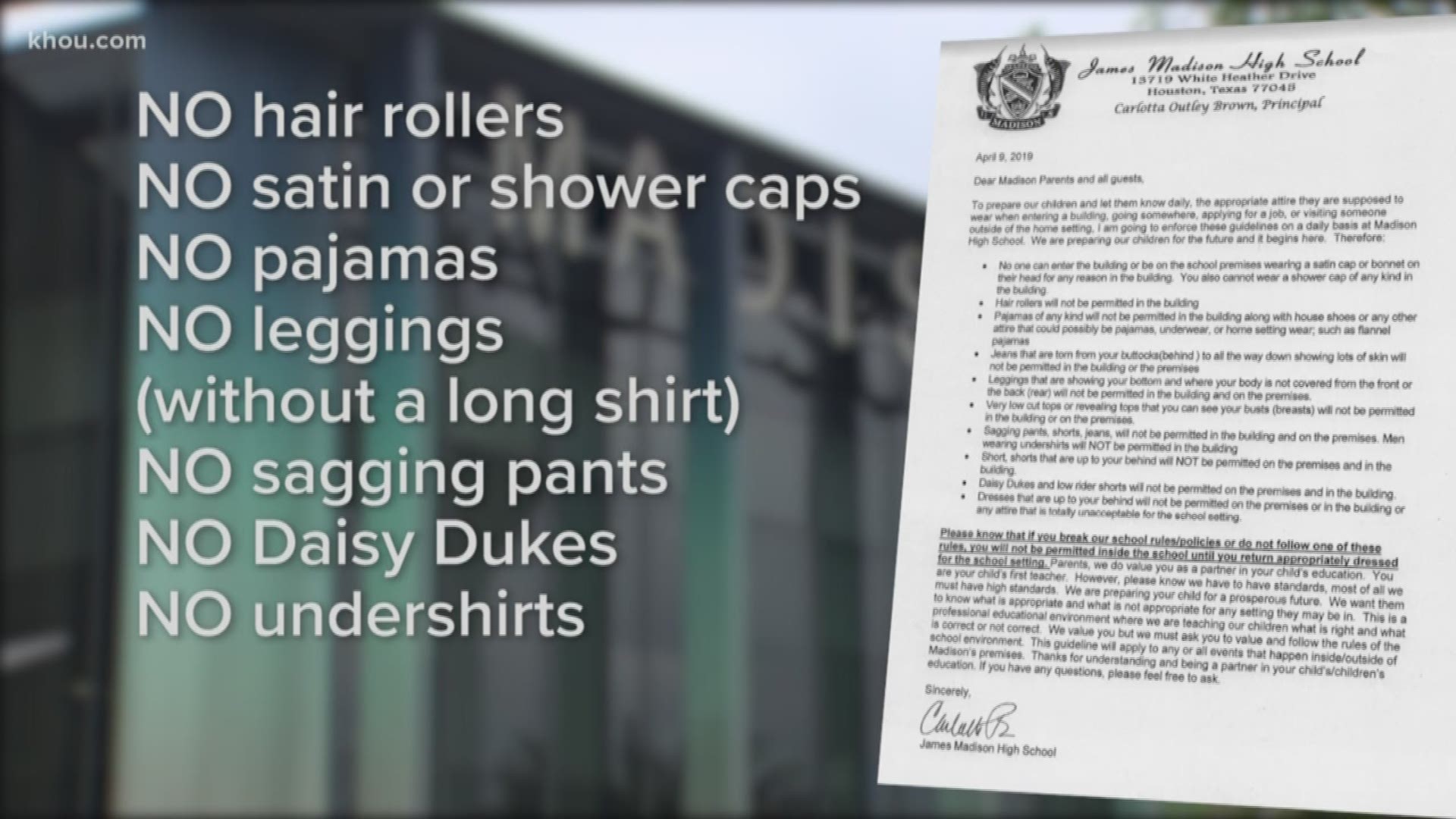 HOUSTON — A parent dress code is being enforced at James Madison High School in south Houston.

A letter from Principal Carlotta Outley Brown was posted on the school’s website earlier this month about what they will not be allowed to wear when they are on campus.

"We are preparing out children for the future and it begins here." said Outley.

Parents were told if they did not comply with the dress code, they could not enter the school's campus. 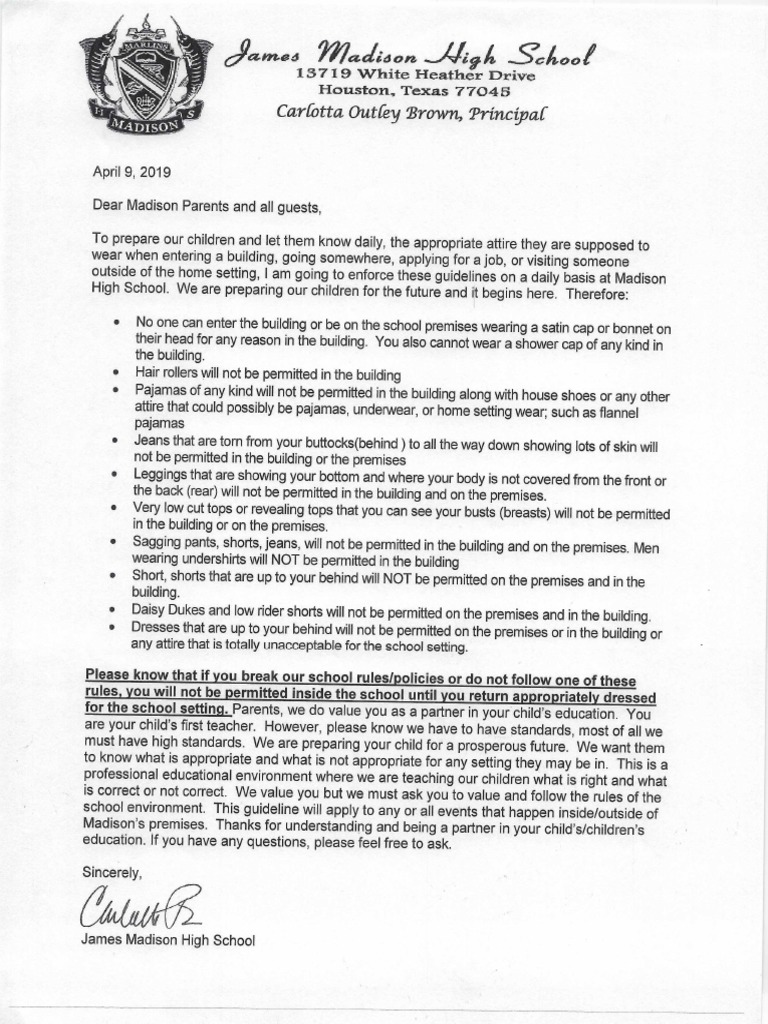 The dress code was put into place following an alleged incident where a mother trying to enroll her daughter at the school was turned away for the way she was dressed, according to other parents and Zeph Capo, president of the Houston Federation of Teachers. The dress code was posted on the school’s website shortly after.

Some parents think the dress code is insulting.

"I think it’s ridiculous!” said parent Dora breeding. “We are an adult and we are taxpaying adults and we shouldn’t be told what to do or what not to wear. We are not the students we are the parents."

On the school’s website, the dress code states, “We are preparing your child for a prosperous future. We want them to know what is appropriate…”

“I think that’s crazy,” said senior student Te’varrius Stephens. “Nobody’s coming up here in no outrageous things. Nobody coming up in here with no bathing suits, they don’t come in here with their body out…”

But online the dress code has loads of support with thousands of shares and comments on KHOU’s Facebook page.

Bandy Cane wrote, “Why do you have to "tell" anyone that?? Someone has to have some sense.”

“This is great and should be mandated for all schools!” agreed Nikki Nicole.

“it seems a bit classist there is no doubt about that…”

However Capo believes the way the dress code was implemented sends the wrong message.

“At a time when we are trying to make sure parents are included in the process we are excluding them and that’s not necessarily the right way to go.”

Houston ISD said they had no comment regarding the school’s dress code. Principal Brown said she wasn’t interested in speaking about it.

Read the full letter of the dress code here or in the link above.