District officials said 6,000 students had money left on their account when they graduated. 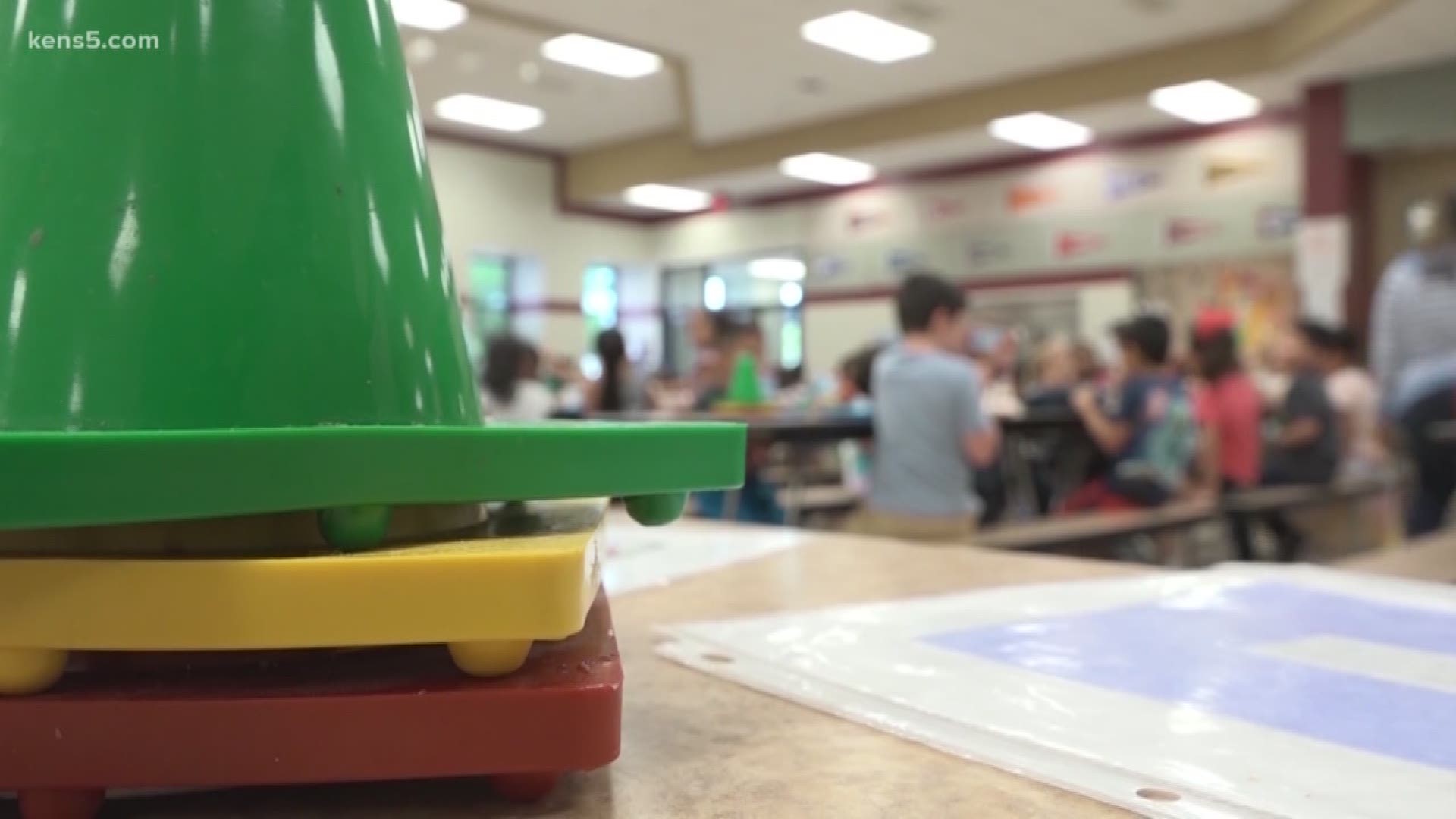 SAN ANTONIO — Annabel Zertuche serves hundreds of students at Bulverde Creek Elementary each day, but don't ask her to pick a favorite.

"Just working with kids is an all-time favorite," Zertuche said.

She greets each student by name before affectionately referred to them as "baby" or "honey."

"They come in with smiling faces," Zertuche said. "It's great."

Zertuche said the kids load up their plates with food, and sometimes they take more than they're supposed to.

"They're just grabbing everything," Zertuche said. "So they're always hungry."

And sometimes children don't have enough money to pay for their meal, which could be the only one they have all day.

"They could go home to a hot meal or no meal at all," Zertuche said. "So you never know what they might have or not have."

Sharon Glosson, the executive director of school nutrition for North East ISD, said many of the students who graduated last year forgot to take their leftover lunch money with them.

"We had over 6,000 students with positive account balances," Glosson said.

It isn't for lack of trying. She said they've been calling those families since June to see if they would like to have that money back or donate it to another student.

"They're really excited to do something with money they've truly forgotten about," Glosson said.

So far they've collected about $2,000 in donations, which is enough to cover 800 meals.

With 4,000 calls to go, Zertuche has another reason to smile knowing her kids will be taken care of.

Glosson said the money will go to children who aren't already receiving a free or reduced lunch, but still need some help to get by.

"There are many families on the borderline," Glosson said. "They make just a little too much to qualify for free or reduced lunch."

The administrator said 38 schools within the district will be able to use the donations; the other 30 schools are on the Community Eligibility Program, which allows all of the students there to eat for free.