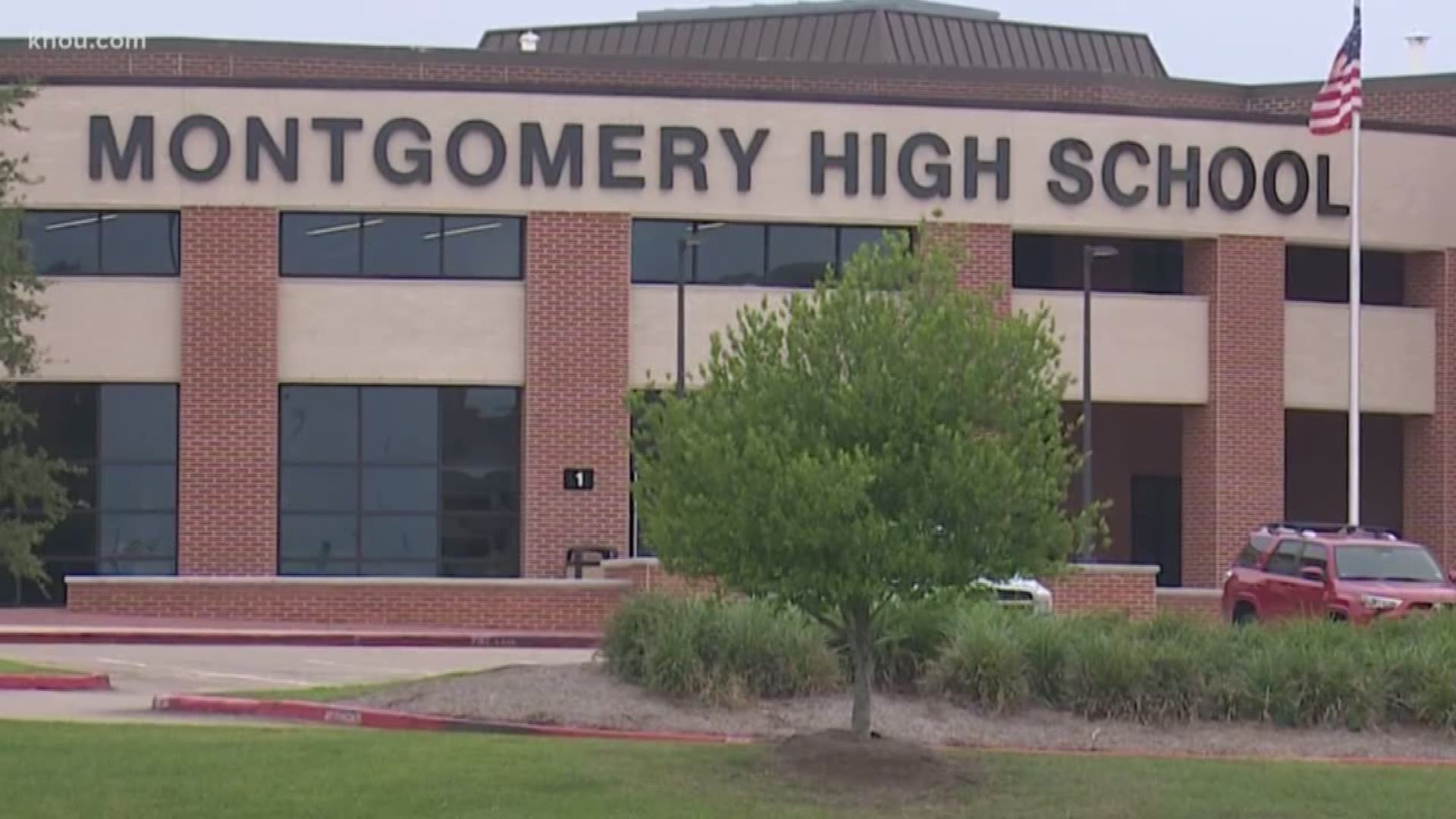 MONTGOMERY COUNTY, Texas — Montgomery High School will forfeit their upcoming game against Huntsville High School following an investigation into the "possible assault" of a Montgomery ISD student by multiple other students, the school announced Monday.

“As of Friday, October 4, the investigation has been turned over to the Montgomery County Sheriff’s Office.”

On Wednesday, Montgomery ISD Police Chief Marlon Runnels said the incident in question -- which he characterized to KHOU as a "possible assault" -- occurred at an off-campus location.

"The Montgomery High School Administration working with the MISD Police Department is currently investigating an anonymous report of a serious violation of the MISD Student Code of Conduct. The incident in question occurred off campus during non-school hours. MISD takes these reports with the utmost seriousness and is working with all parties to gain accurate information.  Our greatest concern is the safety and well-being of our students.  As this is an open investigation, we are unable to provide further details at this time."

"The Montgomery County D.A.’s Office has been made aware of an incident through social media that is currently being investigated by the Montgomery Independent School District police department. That agency is conducting the  investigation, therefore we would refer all media inquiries to M.I.S.D. or to their police department.  Only at the conclusion of their investigation will it be referred to our office and the county attorney’s office to review allegations of criminal conduct."