The Montgomery County DA is recusing himself from the investigation into alleged hazing involving Montgomery High School students. 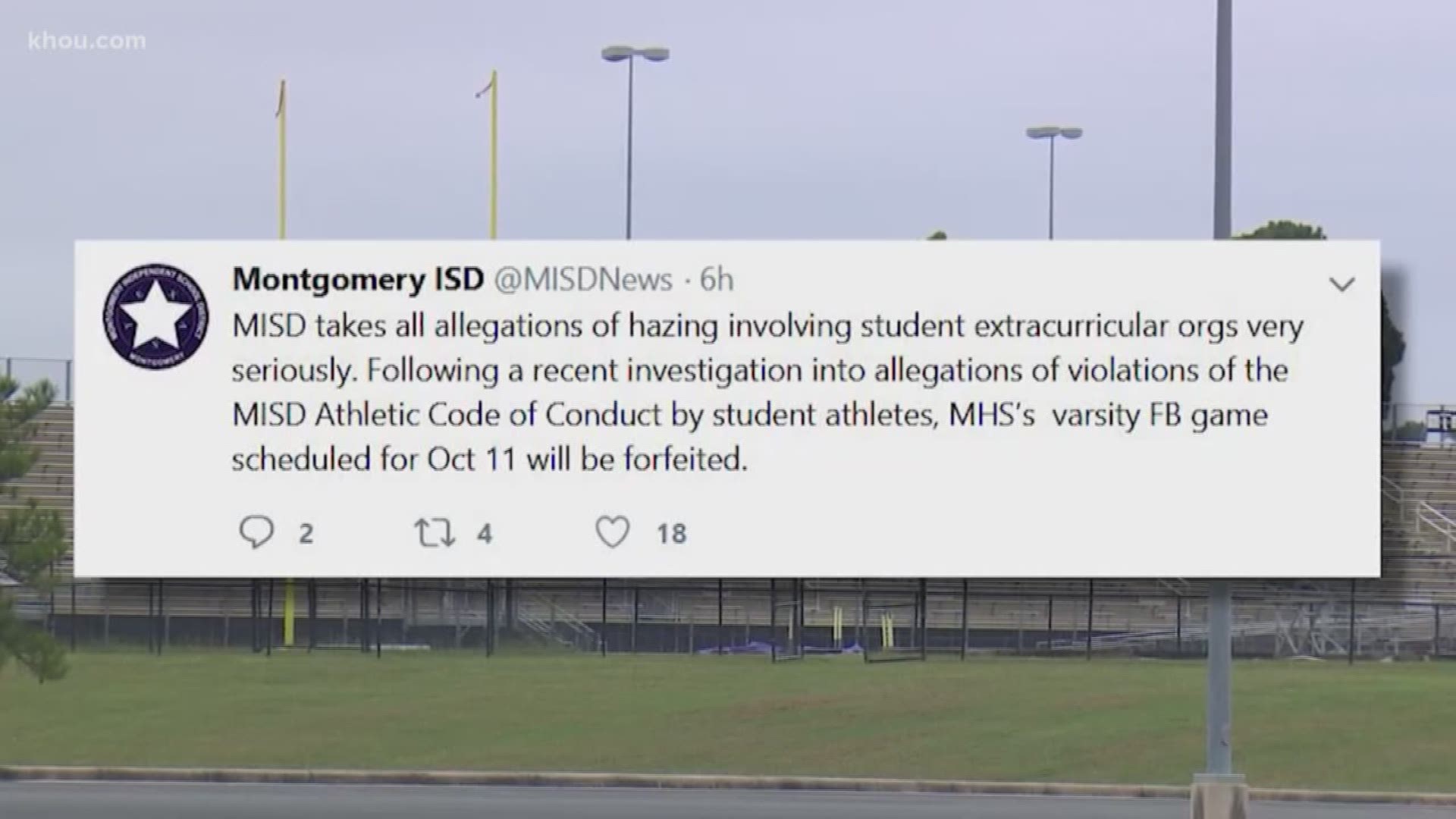 "The District Attorney has recused himself from the investigation of acts of alleged hazing involving Montgomery High School students.  This recusal is based on personal relationships that both the District Attorney and members of his family have with persons involved in this matter.  The recusal is intended to avoid any appearance of partiality and to ensure the highest level of confidence in the outcome of this investigation.

Montgomery ISD Police Chief Marlon Runnels said the incident in question -- which he characterized to KHOU as a "possible assault" of a Montgomery ISD student by multiple other students -- occurred at an off-campus location.

A source close to the investigation tells KHOU the incident was not sexual in nature but rather what appears to be a hazing initiation.

A Montgomery ISD school board member said the incident has been improperly handled from the beginning. She said it has the appearance of a cover-up.

“From the description I’ve been given, I can’t believe that would be called hazing,” said Linda Porten, Montgomery ISD board trustee. “The board got an email telling us that there had been a supposed hazing event and that social media was going wild.”

As of this publication, no arrests have been made as a result of the investigation.