Lee said he noticed last year his students were coming back to class sooner and editing their photos quicker than expected. 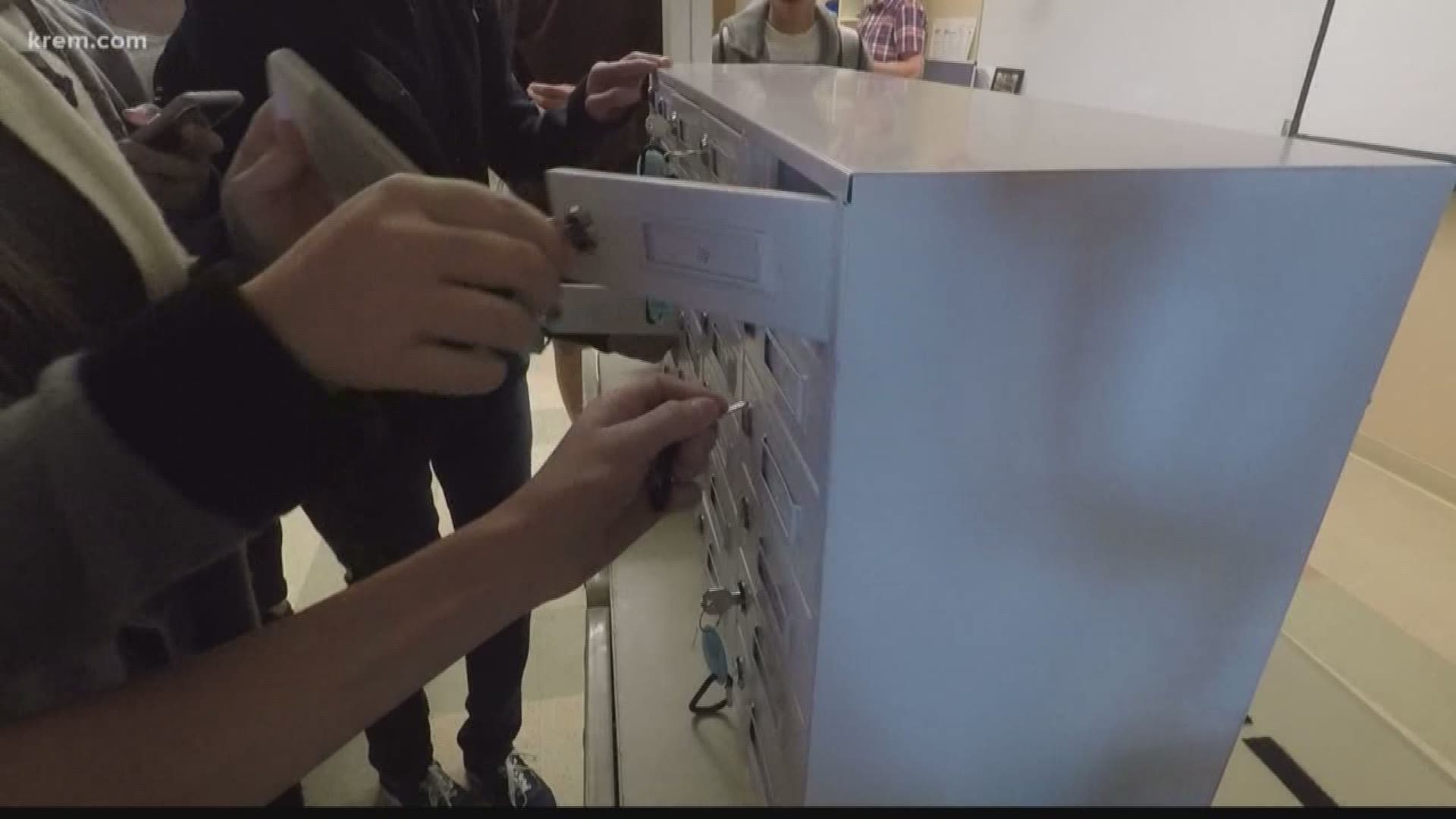 SPOKANE, Washington — A Lewis and Clark High School teacher is trying to refocus his students’ attention back to class.

In Michael Lee’s classroom, students lock their phones in cubbies until the end of class.

"I just needed to do something different," he said.

Lee said he noticed last year his students were coming back to class sooner and editing their photos quicker than expected. He realized, it was so they could get more time on their phones. He looked up ways to store phones, hoping to find a locker set up. He found this cell phone cubby on Amazon.

"My overall goal was to give kids an opportunity to engage in what they're doing. And that's hard to do when every few seconds or few minutes there's a beep on your phone and you have to check what it is," he explained.

Students have an assigned locker number. They lock up their phones at the beginning of class and can charge it at the same time. So far, no complaints.

"No one has said to me, ‘Mr. Lee, can I please not lock up my phone?’ They'll just walk in, lock it up. They get to work, and that's exactly the intention of it," he said.

Lee said its seems his goal is becoming a reality.

"I've noticed students are talking more about photography because that's kind of the thing that's in front of them at the time not what's happening on social media," he explained.

Lee said he spoke to parents about his cell phone cubby system at open house night at the beginning of the year. He said many parents were on board with the idea. Even a few teachers have considered about doing the same.