The governor says local health authorities can't preemptively close schools, but rather must make the decision based on cases found there once opened. 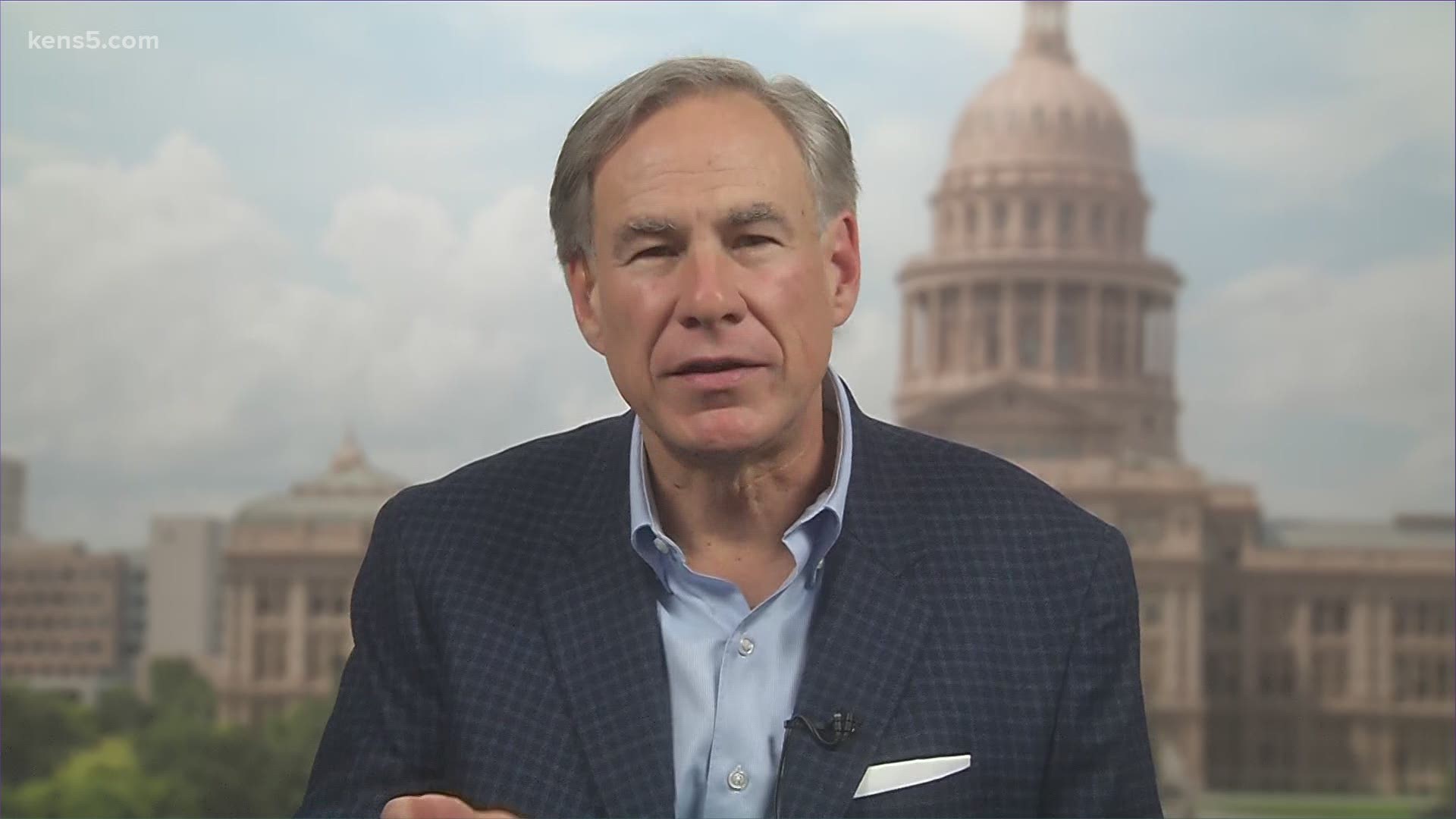 He made the statement in an interview with KENS 5's Deborah Knapp. She asked him about possible conflicts between his statements and those of the Texas Education Agency, but he said they were consistent.

She asked him about the ability of local health authorities, such as Metro Health in San Antonio, to close schools due to coronavirus risks.

Abbott said the key difference is that local health authorities can't make a blanket decision to close schools ahead of an outbreak.

"When schools are open, local health officials do have the ability to close schools at that time," he said. "The law in the state of Texas is (that) local public health officials do not have the authority to issue a preemptive declaration three months in advance of when a school may open up, saying that a school can't open up, and that is in essence what the local public health authority is doing."

"What a public health authority does have the ability to do... under the TEA standards is, if there is a condition in school at that particular time, they can close down that school."