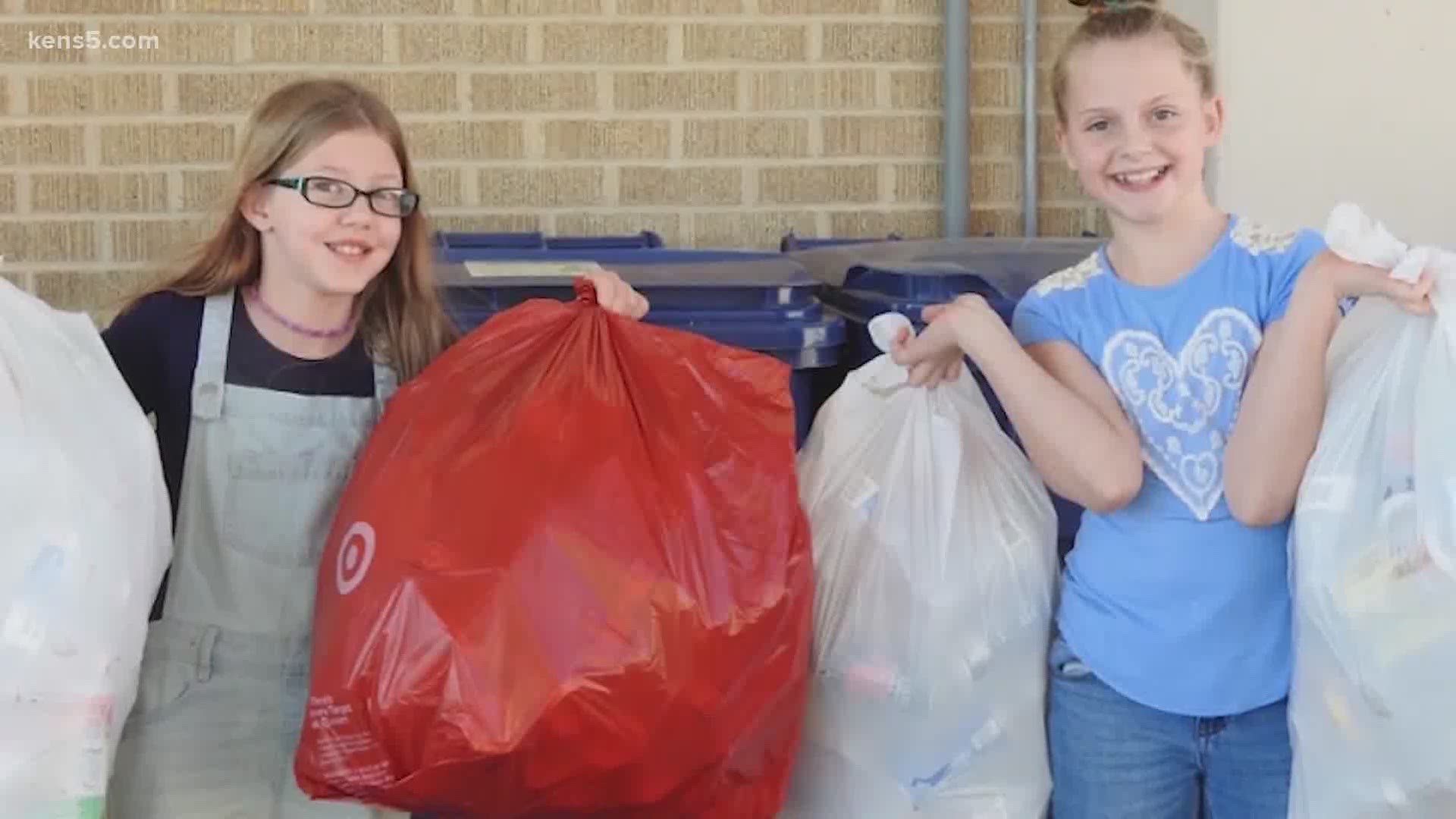 The students participated in the PepsiCo Recycling Rally for the school year. They went up against about 7,000 schools across the country. The goal of the competition was to help the environment and encourage community involvement by collecting the most recyclable goods. The students logged how much they recycled per week.

Fort Sam Houston Elementary School principal, Dr. Joseph Cerna, shared how the music teacher and recycling sponsor, Paul Perea, helped the students organize the project. Perea had done the challenge before. Cerna said the students at the school began bringing recyclable material from home. Then, the project expanded to other commands and mission partners on the installation.

“We went from 8 recycle bins every 2-3 weeks to probably 15-20 recycle bins a week,” recalled Cerna. “The follow through is what’s impressive and this community decided that they were going to make this a full force effort.”

Cerna said from September to March, they collected 1.3 million pounds of recyclable goods.

“The only reason we stopped, we didn’t return to school after spring break. I think the longer we do this, our intent is to do this next year. It’s going to be a big part of our school culture,” said Cerna. “You can make a difference. What starts as an idea, can make a campus, a community, maybe a bigger difference beyond that.”

Fort Sam Houston Elementary School shared a video of some of the students who were a part of the recycling crew. They shared some of the challenges and their sense of accomplishment from the project.

“I got to say making the world a better place. The time spending with my friends and seeing the result as an end,” shared Samantha when asked what she liked about recycling.

“My favorite things about recycling is probably the feeling that you get when you recycle. ‘Cause you know it’s going to be turned into something else. Somebody else can use and it gives back to the planet,” said Eden.

“The favorite thing about recycling is that you’re helping the community and it's having a fun time with your friends!” said Chloe.

Fort Sam Houston Elementary won a $50,000 prize through the competition. The school plans to put it toward different projects on campus.