SAN ANTONIO — It is said communication is key to success in life. Now hundreds of students at Medina Valley ISD are learning to communicate with American Sign Language,the third most used language in the U.S.

This week's EXCEL Credit Human award goes to the teacher responsible for paving the way.

The band, the cheerleaders, and 900 staff and students brought down the house at Medina Valley High School Tuesday in the biggest school surprise of the year.

With 20 years at the school district, Lee has been a trailblazer.

“Such an honor and surprise. Never in my life would’ve expected this,” Lee said.

Her most powerful message echos most in the quietest classroom at the school where she helps students find their voice in silence. 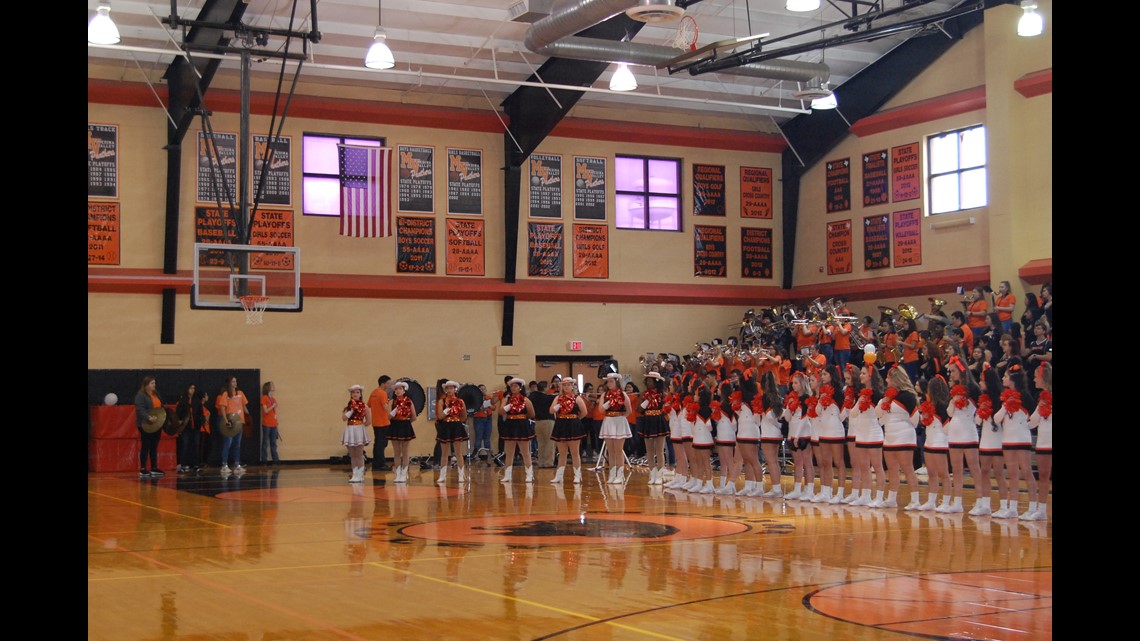 “It’s definitely different and it’s hard to go from talking all the time and using different accents to just using your hands,” said Sophomore Arianna Suniga, “You only use your hands and facial expressions to indicate what you’re trying to mean, but it’s definitely cool to do both,”

Lee's fascination with American Sign Language started two decades ago after a friend inspired her to take classes.

”Just the way they use their facial expression and their body language,” Lee said, “I just always wanted to know how are they communicating. How do they know what they are saying?

Soon, it became her passion. She received a Bachelor of Science in Sign Language Interpreting and was accepted in the sign language interpreting program.

But, the Air Force wife found herself moving again with her husband, this time to be stationed in San Antonio. The move would not only change her life, but also bring major changes to Medina Valley ISD.

Mrs. Lee joined the school district and brought with her the first ever ASL program to the school...even taking on the task of creating the curriculum.

The course proved to be popular with students and since then, thousands have taken her classes as an elective.

Chesney Vogt, a sophomore in Mrs. Lee’s classroom, says her aunt is deaf. She’s lived all her life unable to communicate with her until she started taking ASL classes.

“Before it was someone who didn’t really understand me. Now we can communicate and she likes to know what I can do and we can even facetime and talk now.”

Other students say it’s life changing. Not only can they communicate with the deaf community, but it’s also a resource they’re hoping to use to find a better job one day.

“You’ll never know who you’ll run into and when to use it,” said one student, “and it’s amazing to be able to know you have it.”

And just as she’s helping these students see the world from a different point of view, Mrs. Lee says teaching ASL has changed her life, for the better.

“More tolerant and understanding why people feel a certain way,” Lee said, “I have to explain to them it's very precious and you have to respect that and learning how to respect others…just like learning Spanish, they're able to communicate in a different language and communicate with people. It's the most wonderful thing about teaching ASL."