Some of Larry Jentz's lessons are things you wouldn't exactly find in a textbook. He also runs an after school program called Boys to Men, where he teaches students etiquette and manners. The kids just love it. 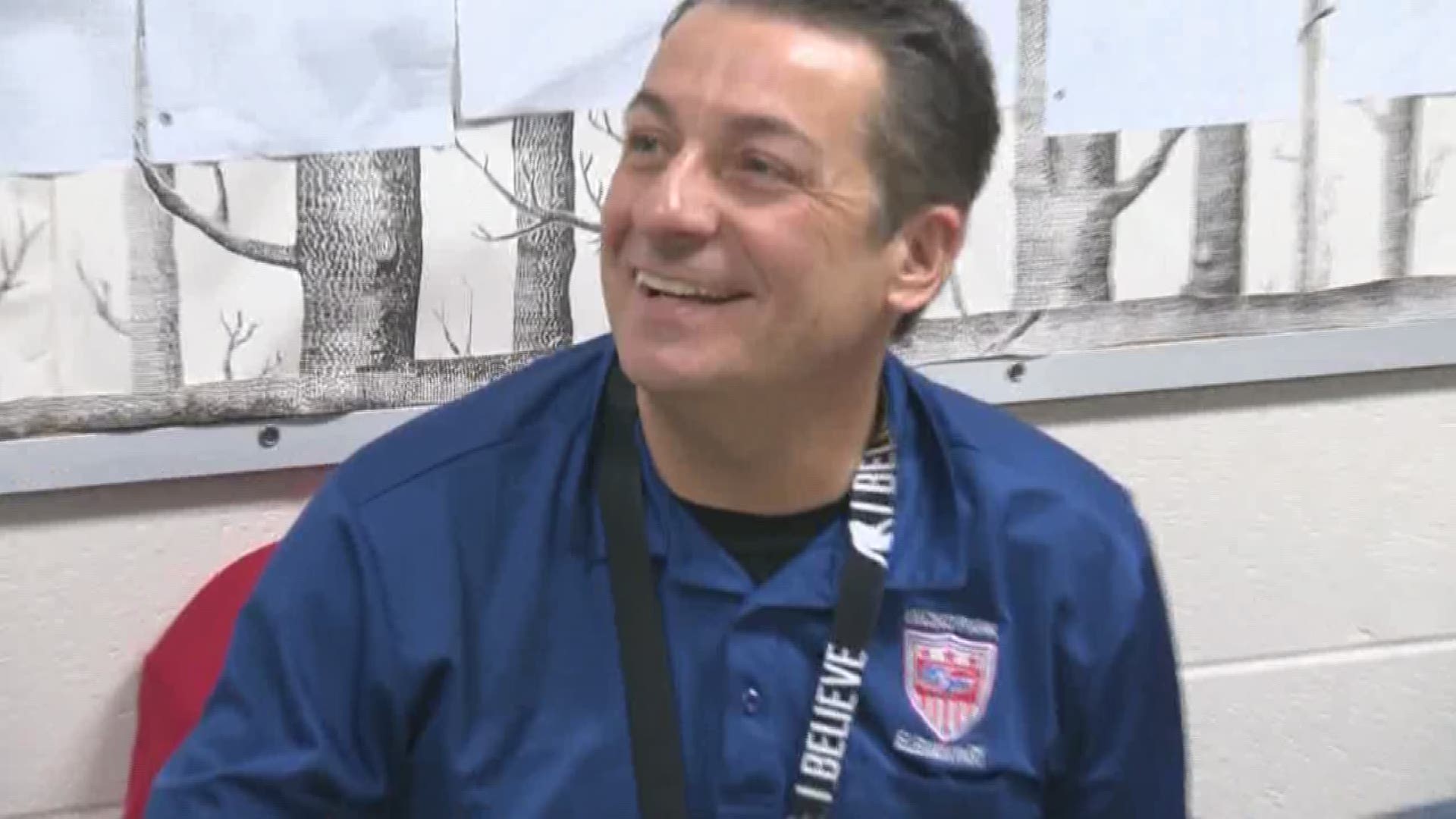 SAN ANTONIO — It is no secret Larry Jentz loves a good jam. After all, music is in his blood and he comes from a long line of musicians.

“I was actually the drummer,” Jentz said.

As a teen and young adult, he played the drums in the Chase Jentz band with his brother. His brother went on to keep the family music tradition.

But, Jentz did something no one thought he would do. Thanks to the woman he was about to marry.

“She said you should become a teacher, you love kids. I said that is the craziest thing I heard come out of your mouth. I’m not a teacher.”

The years would prove him wrong. Not only did he turn out to be a teacher, but a very good one.

Two decades now and he’s still at Encino Park Elementary, the same school where he first set foot as an educator.

“After 20 years,” Jentz said, “I still get up with a bounce in my step and enjoy coming to work.”

He brings an unconventional way of teaching to his 4th grade classroom. Everything from talking about Big Foot, to Lip Sync Battles in school competitions.

Some of his lessons are things you wouldn’t exactly find in a textbook. He also runs an after school program called Boys to Men, where he teaches students etiquette and manners. The kids just love it.

“I think he’s amazing,” one student said. "He’s the best teacher ever.”

Their teacher echoes the same feelings about them. He says teaching them is extremely rewarding, especially when he hears from parents.

“I had a father tell me he literally used ice water to get his son out of bed until the year he was in my room and his son would wake him up and say 'make my breakfast, I’ve gotta get to school'.”

After all, Jentz may not be behind the drums anymore, but he certainly has what it takes to rock it in the classroom.