From Flight Commander to his uncanny ability to command a classroom, David Dodge has helped hundreds of children soar to success.
Author: Sarah Forgany
Published: 7:39 AM CDT March 28, 2019
Updated: 9:06 AM CDT March 29, 2019

SAN ANTONIO — From Flight Commander to his uncanny ability to command a classroom, David Dodge has helped hundreds of children soar to success.

He's done a lot of great work for Judson ISD over the years and is this week’s KENS 5 Credit Human EXCEL award winner.

Before he was teaching in the classroom, David Dodge was instructing in the sky. 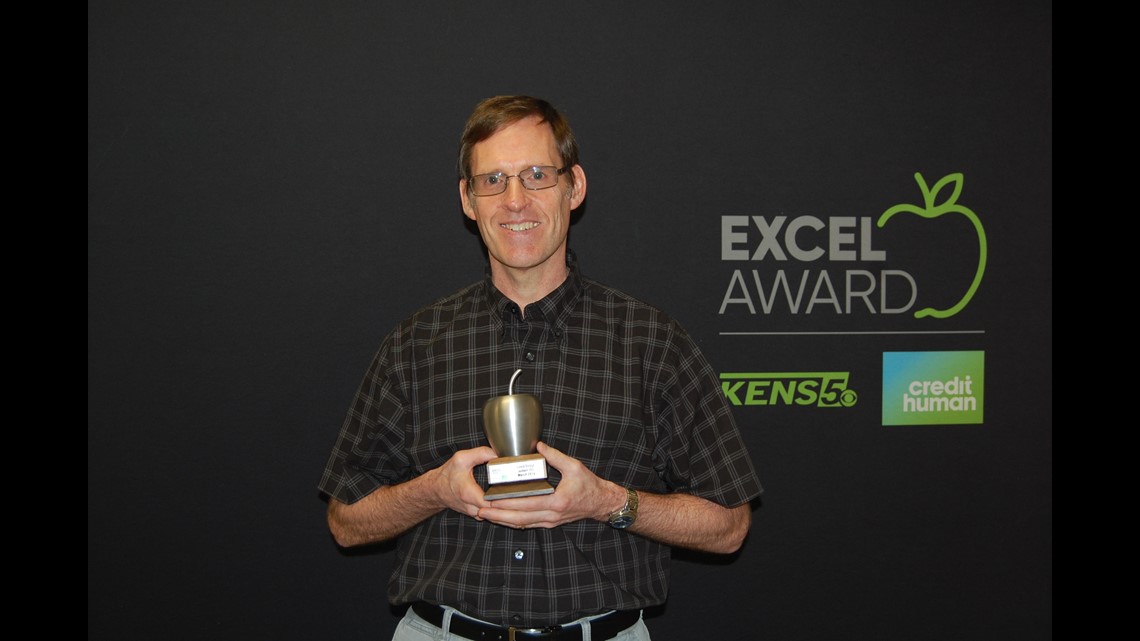 “I was stationed in England for 3 years and we spent a lot of time flying out of Italy, over Bosnia and Serbia and some of those places,”

Though humble about it, Dodge has had an impressive military career, earning many medals along the way.

Even as a child, he had no doubt he belonged in the cockpit.

“I was in 8th grade when I decided to be an Air Force Fighter Pilot.” But when it came time to retire as Lieutenant Colonel from the Air Force after two decades, suddenly Dodge for the first time ever was having trouble deciding what to do next.

Certain of at least these two things, Dodge landed in San Antonio. He says he and his wife love the great military support and the warmer weather.

He’s been at Kitty Hawk Middle School teaching 8th grade Math. But the next Chapter in his life proved to be one tough test even for Dodge.

“It's a much more challenging leadership experience for me than I ever had in the Air Force, believe it or not,” Dodge said. “Trying to get a classroom full of students in middle school to do something they don't want to do, is a lot harder than trying to get people in a fighter squadron to want to go fly a fighter jet and do it well."

If there is anything he has learned, Dodge knows how to fight for what he wants. He constantly finds a new strategy to engage his 8th grade students like Kayla Escobar.

"He'll go step by step with us and after he's done he'll be like 'do y'all need help'?” Escobar added. “And if we tell him we didn't understand. he'll help us with it. "

Escobar says she wants to be an FBI Agent one day, but after more than 10 years of teaching his students to soar to success, Dodge knows it’s not just about math.

Outside the classroom, Dodge doesn’t fly anymore, but he does help build homes for Habitat for Humanity. He says giving back is important, serving the country, the community and children.