Drugs, alcohol and a suicide attempt did not destroy Cheryl Kindred’s love for art. She pulls from those experiences to help her students avoid the pitfalls of life.
Author: Marvin Hurst
Published: 10:13 AM CDT April 11, 2019
Updated: 3:40 PM CDT April 16, 2019

“God put this job in my lap 19 years ago and I’ve loved the community and the kids ever since,” Kindred said. “They’ll have to kick me out to get rid of me.”

Kindred teaches first through fifth grade art. She got her bachelor’s degree from Southwest Texas State University.  Prior to that, the educator said the path had troubling spots.

According to Kindred, experimental drug and alcohol use snowballed into to stays in rehab. By this time, she became a single mother on welfare. Her education was a way out. But, during her student teaching, Kindred recognized she wasn’t ready for the classroom responsibility.

She successfully worked in the insurance industry until after the birth of her second child.  Kindred felt the call from the classroom. Trouble came calling too. An abusive relationship led to a suicide attempt.

The self-harm desire fell on her daughter as well. 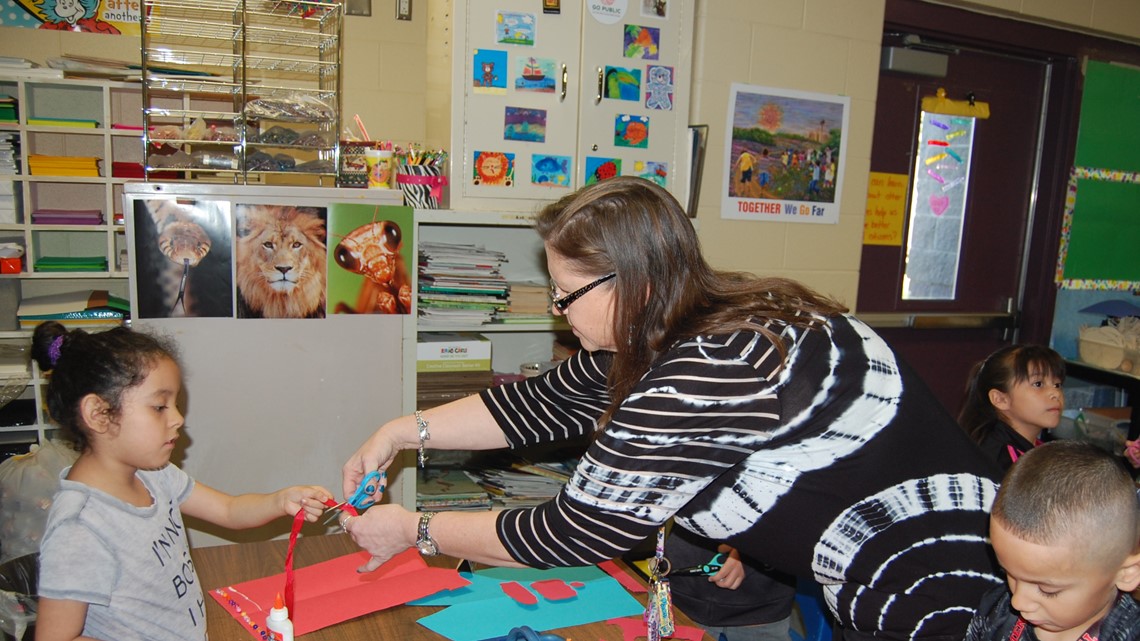 Kindred said she uses those experiences to help her students. She is a mental health advocate.

“One in five children in Bexar County suffers from some sort of mental, emotional or psychological illness or disorder,” She said.

More than 400 students come through her art class each week. She said, at least, four kids in each class are dealing with a mental health issue.

“I feel like through art---something they can feel good about themselves and be successful that I can try to help them find confidence and ask strength no matter what life circumstance they’re in,” She said.

Kindred said she’s not in this alone. Southside ISD, her school district, offers a positive path for students who find themselves in dark spaces. In fact, a new health center in the district will include an emphasis on mental health.