If it’s anything 29-year-old Adriana Abundis has learned about life, it’s that attitude determines your success. She knows, because she’s a true testament.

It took a lot of hard work and commitment to get here.

Even though she’s only been teaching for 7 years, it wasn’t hard to see why she deserved the KENS 5 Credit Human EXCEL Award.

Born and raised in Los Angeles, Abundis says she’s very proud of her Mexican roots. “My first language is Spanish, I grew up with tamales and tortillas.”

She’s the eldest of four girls. Both her parents came to America from Mexico in hopes of a greater life but for many years, she recalls, life was a struggle.

Against all odds, and English being her second language, she was determined to stay in school.

Her dedication is paying off. Abundis not only went on to graduate from high school but she also graduated from Michigan State University and now she’s working on two master’s degrees while teaching at Irving Middle. 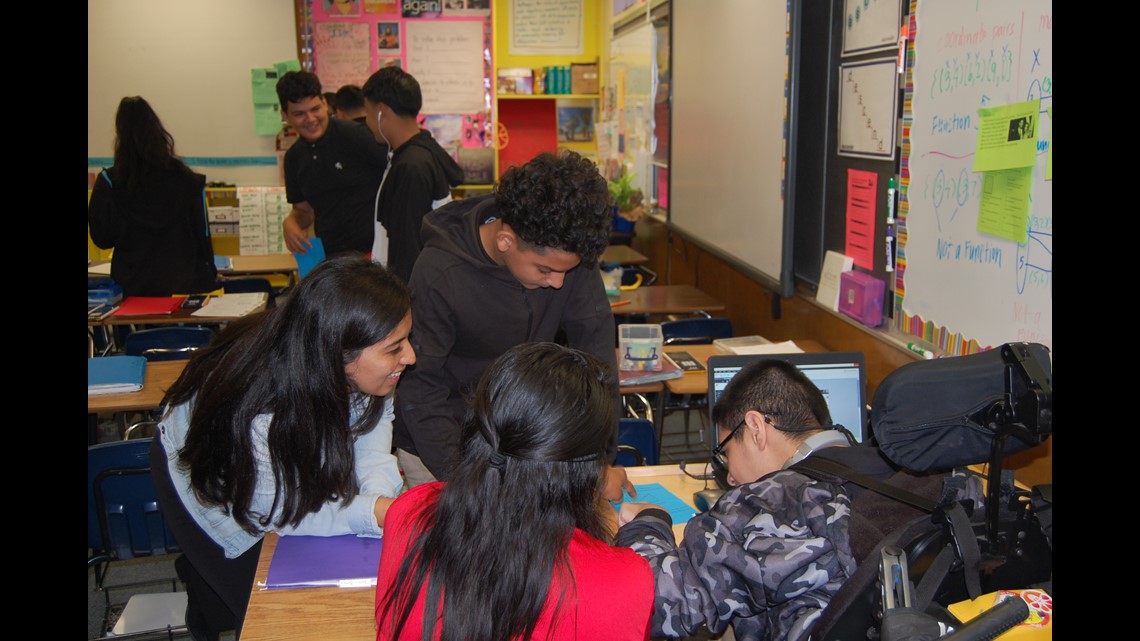 Her go-getter attitude shows in class. She refuses to let any student walk away not feeling confident.

“This class was able to work on slope and what we did was calculated the exchange rate between pesos and U.S. dollars because a lot of our students are transnational. They’re hopping borders, meeting family and exchanging dollars. That’s sacred. That’s valuable,” she said.

And just as valuable are her dual language skills in class. Some of her students are new to the country and still learning English.

Abundis says she’s not afraid to speak Spanish in class. She wants to make sure every student has the same opportunity despite barriers.

“If our students can’t even read the task, they’re not going to be successful,” she said. “Many times I have to translate for my students or discuss content or put visuals. And I know that’s not always done, just like my mother who wasn’t given that chance because of her language. I know these kids deserve that.”