Football was his passion when Matthew Atwell was a student at Judson High School, but that passion eventually turned into something much greater than himself. 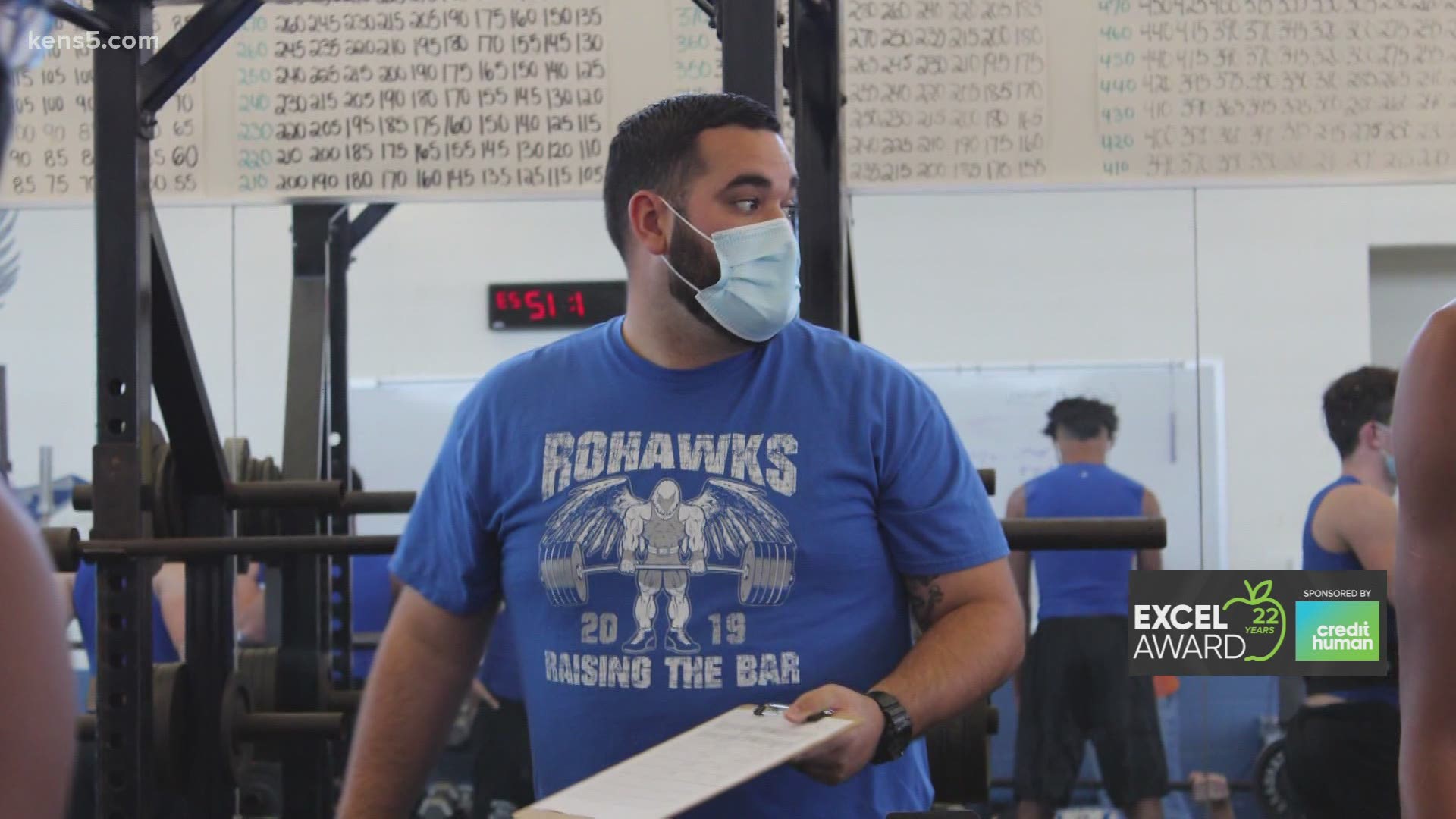 Playing football was his passion. But that passion eventually turned into something much greater than himself.

What he learned from his coaches then, he’s now passing on to kids who need him most at Randolph Field ISD.

“You can’t tell from Zoom, but Matt, what are you 6’8?" Dr. Mark Malone, principal at Randolph Field High School, joked while pointing to Coach Matt Atwell.

At Randolph High School, Coach Atwell is known as a pretty big guy and the guy with a big gentle heart.

“At 6’7, he towers over all of us including the kids. And you say, oh my gosh, this huge human being is going to be fiercely scary to these kids, may be so in football a little bit,” added Dr. Malone, “but kids who need it most, kids who have special needs, understand he cares. He builds incredible relationships.”

Those incredible relationships have continued to build over the years and Coach Atwell’s impact on kids hasn’t gone unnoticed.

He was chosen from hundreds of teachers by Randolph Field ISD for our EXCEL award.

Atwell was presented with this special honor over a zoom meeting with staff and the superintendent joining to celebrate him.

“The man listens,”  said Superintendent Dr. Brian Holt.  “He listens to those who’re around him and listens to the kids. That’s a huge thing for young people as someone who takes the time to listen to them.”

Coach Atwell wears a lot of hats at Randolph.

More is something the coach lives by. Not only is he the Special Education Department Head for 9-12th grades, but he’s also the Football Coach, Assistant Powerlifting Coach,  Assistant Track Coach, and Senior Class Sponsor.”

Atwell said he was hooked by the great need he witnessed shortly after he started his teaching career in 2012.

“[I] was hooked by the needs that a lot of kids have and struggle to get met in a lot of schools around the country. I felt attached to wanting to make a difference and wanting to impact those students who feel like school is too difficult for them.”

Especially at schools like Randolph, where many kids are military brats and are always moving from place to place.

“All you can do really is try to make it a space for them to be comfortable when they come in from somewhere, they’ve never heard of Randolph and a week ago they might’ve been in Japan or Germany and now they’re here. Try to get them plugged in with different groups, clubs, athletic teams. “

Atwell’s wife says her husband’s love for teaching and coaching, is something students usually never forget.

"I can really tell the kids he does see after they’ve graduated they still really miss him and being coached by him. His mentorship is just so important to them. It’s more than just a coach and a teacher. It’s someone you can lean on and [share] life experiences.”

Coach Atwell has carried this passion since he himself was a student playing football at Judson High School.

He says being shaped by some of Texas’ best coaches and teachers, drives him to give back.

“I played under legendary head coach Jim Rackley. Being able to learn a lot of those ideas and principles he taught us through our high school career and being able to be the one implementing it now is really awesome. And getting to teach not just football but life lessons. Because that’s what it’s really about.”

His end goal for his students?

And he’s got a goal for himself, too.

“End goal, I’d love to be coaching at the collegiate level at some point. I’m not in a rush to do that because I’m really enjoying the high school level.”