For as long as she can remember, Lori Rogers has wanted to work with children. She has lived up to that commitment for the last 30 years. 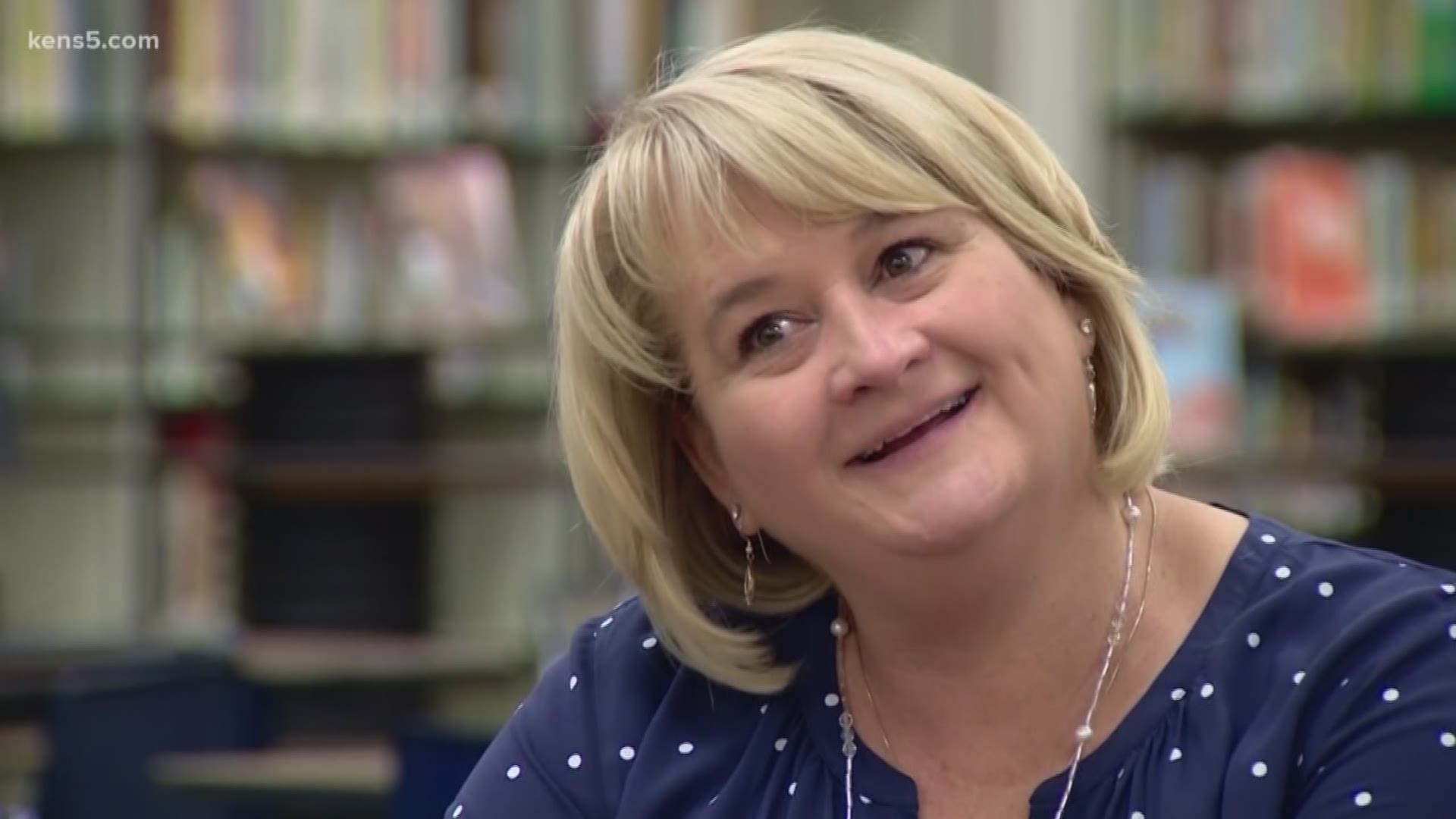 BOERNE, Texas — For as long as she can remember, Lori Rogers has wanted to work with children.

She has lived up to that commitment for the last 30 years.
Rogers has been a crucial part of Boerne Middle School North, at Boerne ISD.

On Tuesday, the entire staff and hundreds of students came together at the Gym to throw her a giant surprise while KENS 5 Eyewitness News Morning Anchor Sarah Forgany honored her with the EXCEL award and a one thousand dollar check from partners Credit Human.

"People were just screaming at the top of their lungs" said one student as he watched the band play and the cheerleaders dance,  "All I saw was her walk up and I was like wow that's cool."

Rogers was shocked and broke down in tears as she heard her name called out in front of the entire school.

"I can't believe how they pulled it off," Rogers said, "They had the band, the pep squad, they had my husband here."

The library down the hallway is Mrs. Rogers' favorite place.

"This is my home. This is where I live most of the time."

It's home away from home. Her passion.

"I love the books of course, but I love the kids most."

Mostly because education has been in her family her entire life, "my mom, my dad, my grandmother, and my great grandmother were all teachers."

For 17 years, Rogers taught math before following the same path as her mother, "She became a librarian, eventually I just followed in her footsteps," Rogers said.

But times have changed and her library reflects the times.

"Well it's not my mother's library anymore," Rogers said, "it's more difficult now because all the distractions the kids have now."

It's a place where kids integrate technology with their lessons. It's how Rogers always stays ahead of the game.

"iPads, iMovie, presentations. We use the green screen, we've done VR with headsets."

Her job doesn't stop at 4 p.m. She is the brain behind an after-school coding program and the reason her kids have a broadcast class.

"It teaches us how to use the tri-caster that we have," said Drew, one of her 7th graders, who added he loves his broadcast lessons.

Her kids are well connected with technology but their connection goes far deeper with Mrs. Rogers.

"I would've never thought a middle school librarian would connect with me that much,” 7th grader Teagn Godfrey summed it up best.

"She truly hit the points I was struggling with, and she taught me to put yourself out there."

Rogers is described as an innovative leader not only at her school but the entire district as she oversees all of the libraries at Boerne ISD.

Still, she credits other teachers and the staff for her success.

As she wrapped up the school assembly where she was just honored, with tears in her eyes, she ended with powerful words to the entire school, "All you guys are the reason I come to work, Thank You." 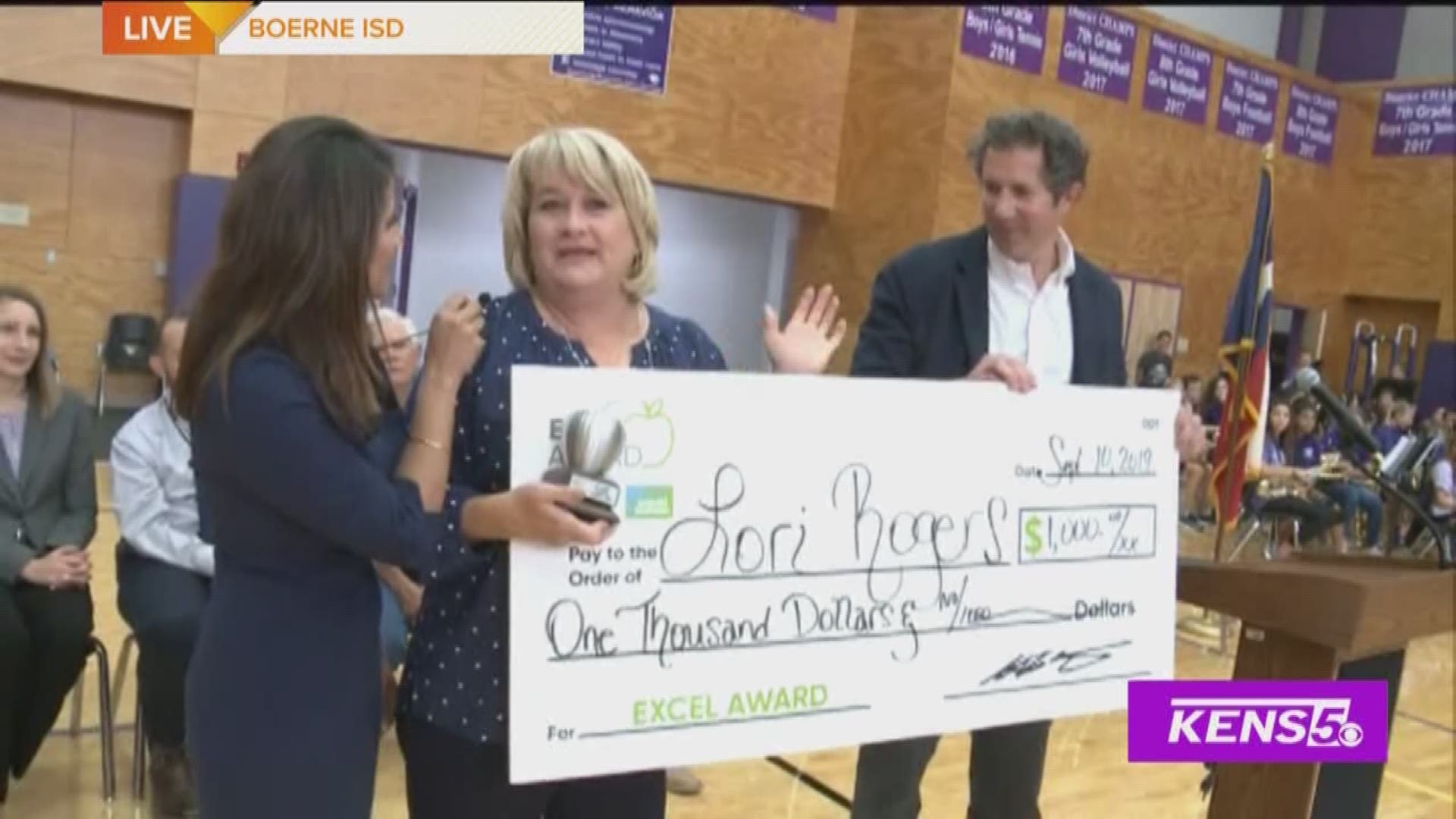