Mrs. Trobaugh isn't afraid to teach outside of the box and carve her own path. 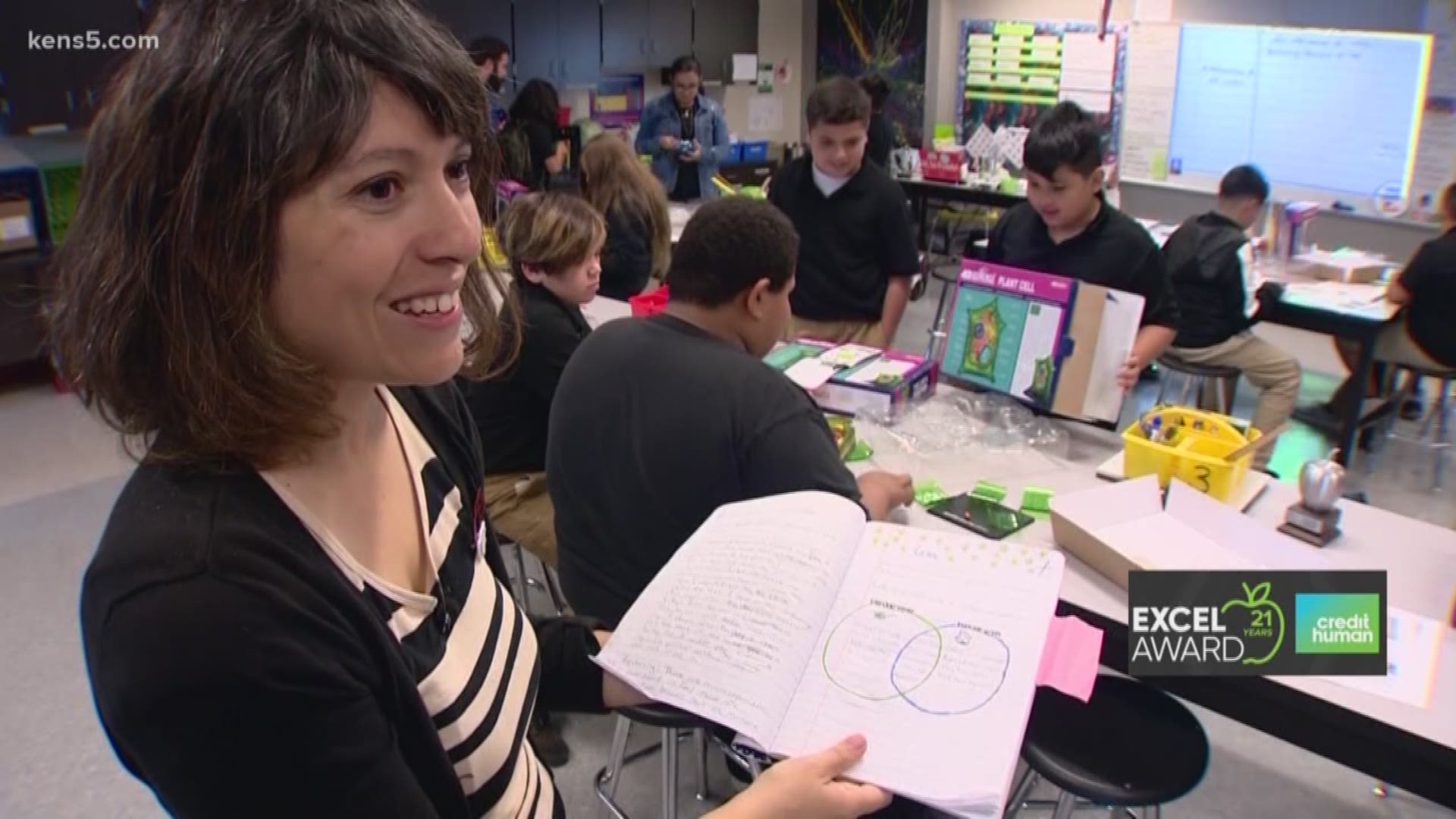 SAN ANTONIO — If only the colorful paintings on the wall of Ogden Academy could talk, imagine the stories they would tell.

Just down the hallway, in the most unexpected place, 6th graders are listening to scary stories.

In Mrs.Trobaugh’s science classroom, she is not afraid to teach outside of the box and carve her own path.

After all, she comes from a family of trailblazers dating back to the late 1800s.

Her great-great-aunt Maria Villarreal founded her own escuelita, one of the first bilingual schools in the country, from her home along the border in Laredo.

“She started a school not only including the Spanish speaking Mexican students but also the very poor students. The ones that weren’t going to get an education,” Trobaugh said, "She opened her house to students and it was a one-room schoolhouse.”

Her great grandmother followed the same path, then came her great uncle who was the first Hispanic principal for Northside ISD.

With all that family history you would think Trobaugh was born to do this but “This is actually a second career for me,” Trobaugh explained.

She graduated with an anthropology degree from the University of Texas at Austin and went on to become an archeologist.

Education was far from her mind.

That is until a conversation with a friend would shift her destiny and bring her to a school just blocks away from her childhood home.

“I never attended SAISD schools because there was a stigma attached to public schools and SAISD; growing up I was like what’s wrong with this school district?,” Trobaugh added, “I went to Northside schools, private schools, college and when I came back I said the only school district I ever want to work in is SAISD. I see it transforming, I wanted to be part of that transformation.”

Today, Trobaugh is transforming the lives, teaching in both English and Spanish.

“She’s like a role model for the kids,” said Xavier Cabrera, one of her 6th-grade students.

She’s also a role model for adults. She serves as a resident advisor or instructional coach.

In her classroom, you’ll find two men shadowing her as she trains and prepares them to become teachers. However, her advice and leadership go far beyond content.

She’s taught the kids a new meaning to the building blocks of life--- ways to help one another and the community.

She also heads the Robotics team after school and she started the first STEAM night, a way to integrate art, with science, technology, engineering and math.

Right in the corner of her classroom, she hangs that painting proudly.

“People have told me it looks like a galaxy or it can be atomic. It’s based on your interpretation.”

Superintendent Pedro Martinez says she’s simply one of the best teachers in the school district.

“What you can tell immediately is the connection she has with her students. She has a relationship with them. she cares about them. they work hard for her,” Martinez added, “When's the last time you remember students not wanting to leave their science class in 6th grade?  That's literally what happens here in this classroom.”

Trobaugh, who is also a wife and mom at home, is far from done, continuously reaching for the stars.

She’s currently attending Our Lady of the Lake University, working on a Masters of Education in Science and set to graduate in 2020.

“I see people and I’m sparking interests,” Trobaugh said, “They just want to have that real-world connection, so if I can make it fun and obtainable and accessible to them then they’re interested.”