Everyone, take your seats. 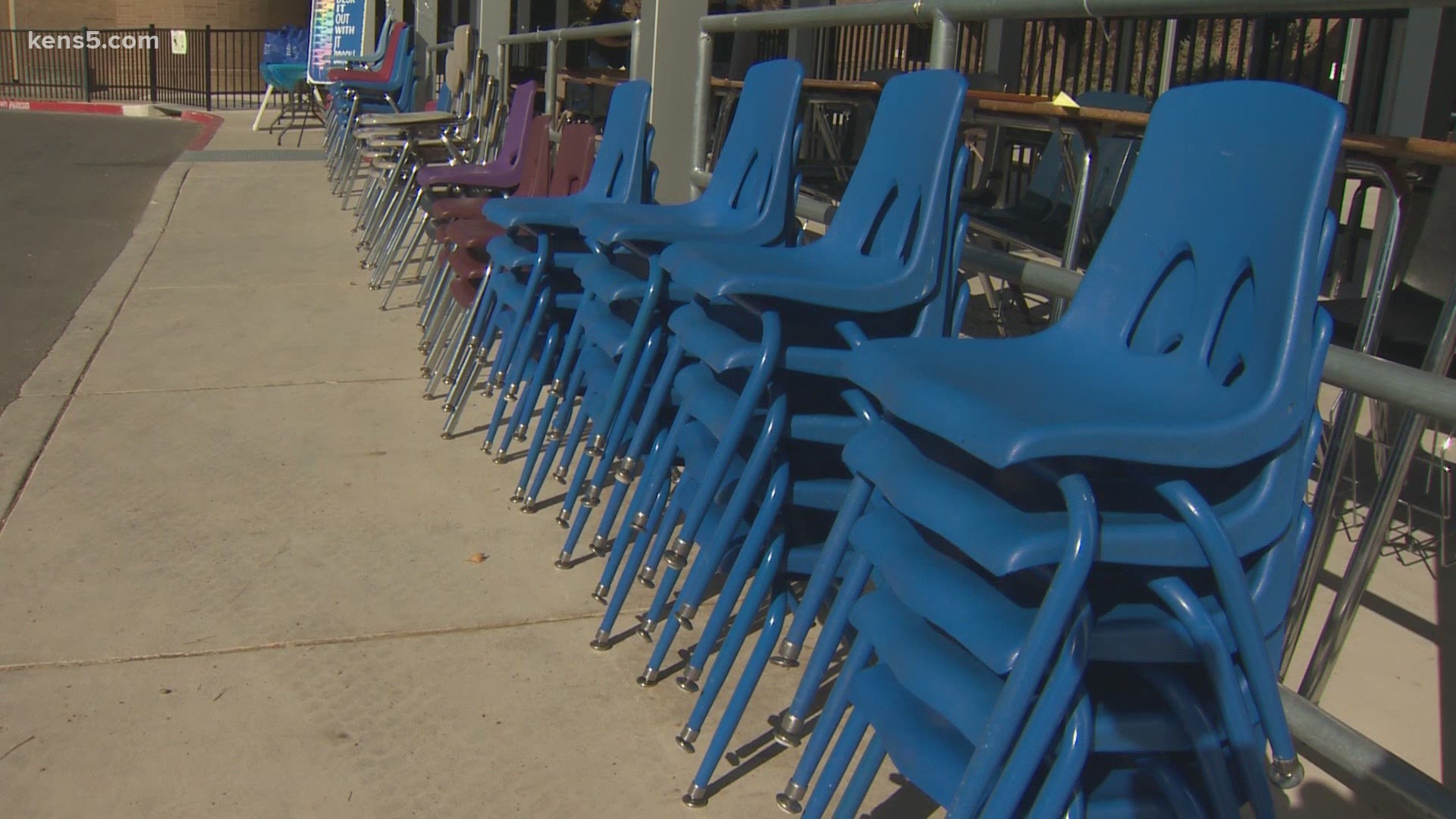 SAN ANTONIO — Remote-learning students at J. T. Brackenridge Elementary are getting the opportunity to bring a piece of their school home with them.

On Friday, desks and chairs were given new homes as educators sought to help their students adapt to learning from home.

“Having a place to sit down, call your own, is really important to the learning environment,” said Marco Moreno, principle at Brackenridge Elementary. “We know parents and families are struggling. We hear it not only locally, but nationally.

The school is updating its classrooms as part of a bond project approved in 2016. Rather than donate the desks, the school is distributing them to the students.

“The students feel more focused, they feel more part of the classroom,” said Gloria Martinez, a family and community engagement specialist. “Even though they’re at home, they’re in a desk. It’s like, 'I’m in class.'”

With the help of Communities in Schools, students also received a tote full of school supplies and snacks.

Moreno added that the structure these desks provide will help keep students at home from falling behind.

“Educational gaps are real, and we know that communities such as ours can be hit very hard.” he said.

Three of these giveaways are planned, with the next ones set for later in December and just before spring break. Moreno says starting just before Thanksgiving felt especially appropriate.

“That’s kind of something we spoke about and said it would be a nice way to show thanks and giving to the community, by doing it right before the holiday break."