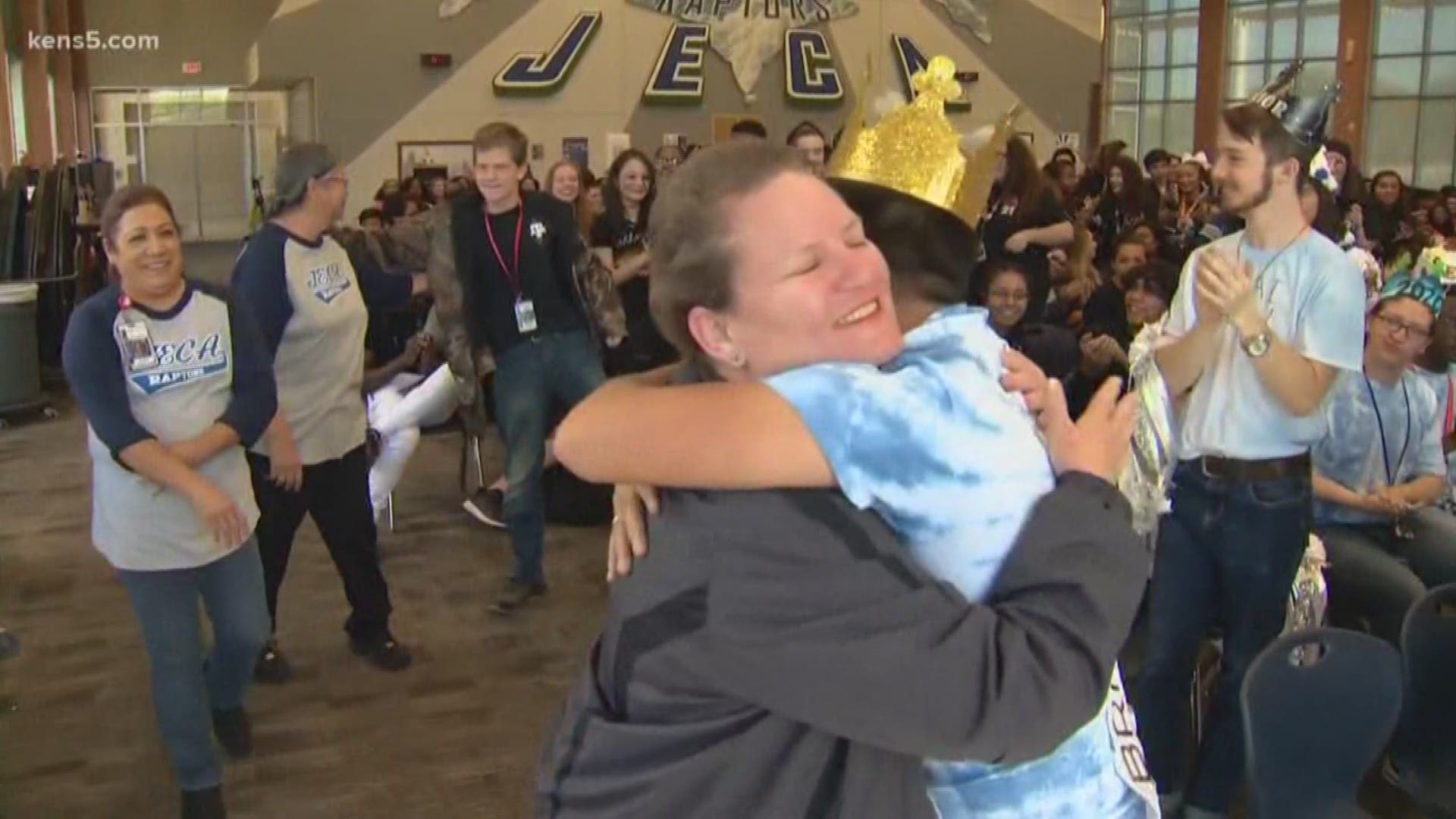 SAN ANTONIO — For the first time ever, the University of the Incarnate Word will be accepting an entire senior class from one school at the same time. All 101 seniors in the Judson Early College Academy Class of 2020 were accepted by the school.

Heather Flete, a graduating senior told us, "It is so exciting. I can't wait to get to the next chapter of my life. I kind of had my whole life planned out."

She is one of those 101 graduating seniors. Flete added, "It's honestly really amazing because I know a lot of my friends were really worried about getting accepted and not being able to afford to go to any colleges, and not earning anything, and with UIW accepting  us it really took this weight off our shoulders that we had."

She also received a $15,000 scholarship from UIW, which is a smidgen of the over $1.5 million dollars awarded to these students in just the next year. Dr. Josephine Juarez, the principal of Judson Early College Academy told us, "The scholarship total comes to just over $7.8 million when you look at the four year and the one year scholarships that are being offered"

Victoria Elizondo, the Freshman Admissions Counselor from UIW said, "This was really incredible for us. I was more than happy to give you scholarship money. These kids are really driven. They're very smart. Their academics are a top priority for them."

All of those seniors couldn't have made it to graduation without their educators and even the support of their beloved school custodian, the rapping Mr. Terry. Terry Davis told us, "After being here for four years you kind of get to know the kids, so it's beautiful because you get to see them start their new adventure as far as their life."