Rawlinson Middle School has a cool, new place for students to mingle. 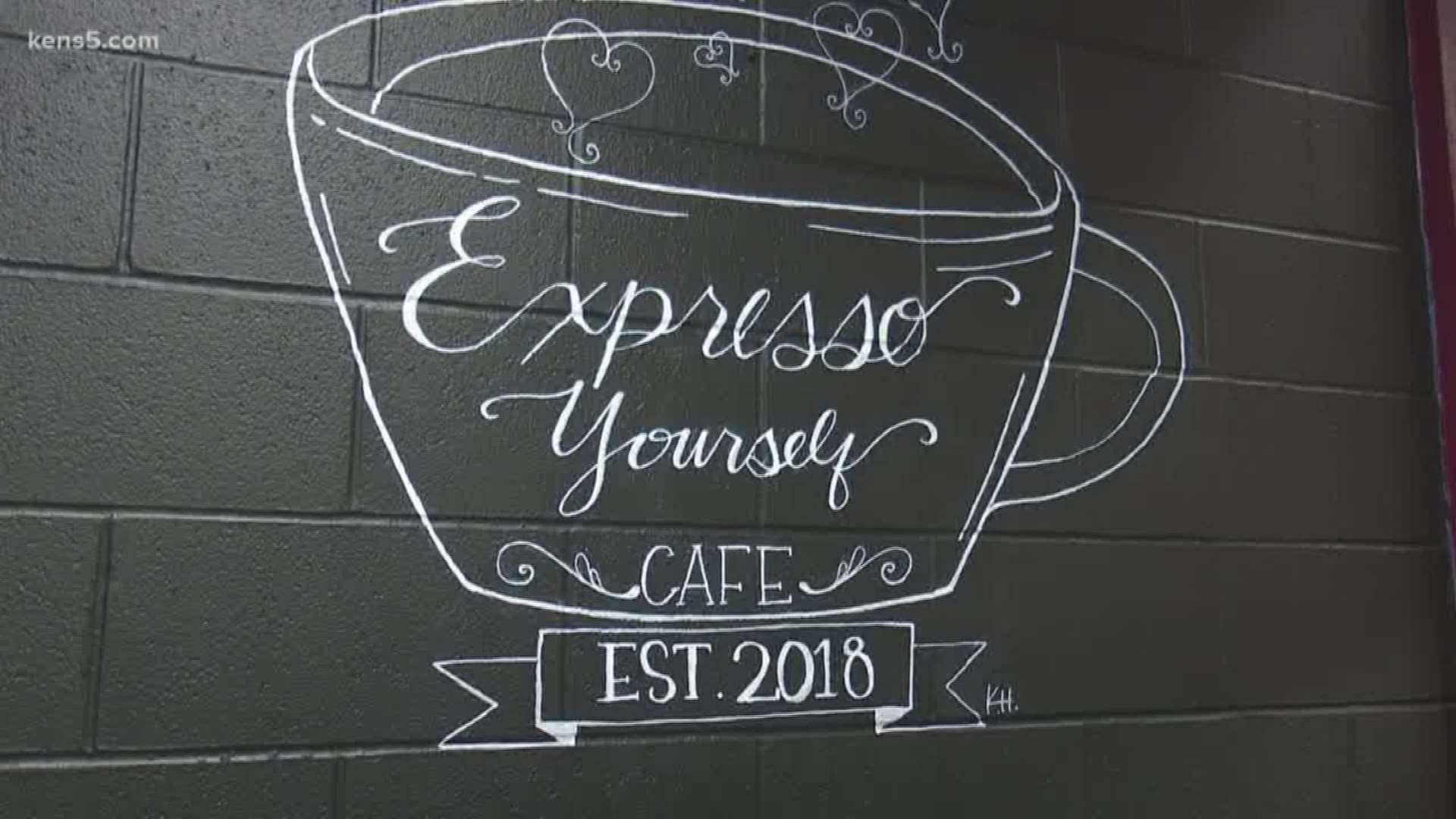 Something just short of miraculous is happening at Rawlinson Middle School in Northside ISD. A new program has kids putting down their cell phones and lifting up their school community.

Every Friday morning, students are showing up to school early so they can stand in line at the Expresso Yourself Café. On the menu: coffee, tea, hot chocolate and sweet snacks.

But the project is about much more than food and drinks. Teachers say that sharing the experience is bringing diverse groups of students together in a heartfelt way.

"They love it!" said teacher Olivia Gold as she watched the excitement.

Gold says that it’s a delight to see everyone come together for a common purpose.

"You can see the kids are all engaged. They're not on their phones like you would normally see," she said.

The café started as a service project by Clark High School junior Isabella Mulwani. Mulwani says that when she started working on her Girl Scout Gold Award, she wanted a project that would have a far-reaching impact. When she learned about a similar effort underway in McKinney, Texas, she said that she wanted to see if she could brew success here.

“I have two younger brothers and they're always on their phones, but whenever I see my younger brother working here, he's so happy and it's nice to see him happy without a phone,” she said. “It's cool and it's really great to see everyone come together during these Friday mornings.”

The project launched around the same time as the school shooting in Florida. Faculty sponsor Angela Lewis said that in the aftermath of that awful attack, kids came into the café and found fellowship and safety.

Lewis noted that since that time, the effort is growing in wonderful ways.

Because the school mascot is the Patriots, Lewis said that having a unifying project for students, staff, parents, and the community is a very American thing to do.

“I think real patriotism is loving each other, regardless of our differences,” Lewis said. “I think patriotism is believing you can create something and thinking outside the box.”

Special Education Coordinator Christine Russell said that the program was designed to be a direct benefit to the school’s ALE (Applied Learning Environment) population. ALE students, Russell said, need help with life skills training and the jobs the students are doing when they help out at the café will help them well into the future.

“We're focused on employability for most students, so it's providing real life experiences for the kiddos in the school that they will then apply as productive citizens in the community in the future,” Russell said.

In addition to skills training, Russell said that the goodwill between the kids is something that extends to the entire school day.

“We no longer look at the differences because, again, the kids in the hallway are saying hello and it's really about bringing everyone together and talking to each other in real life,” Russell said.

Proceeds from the project benefit ALE students. In addition to covering their expenses, they are plowing profits back into the school by buying technology, supplies, and field trips for the students.

Ivy Pikey is one of the students who loves the program. Shyly standing in the whirlwind of activity and smiling with her friends, Pikey said that she is happy to be part of something so fun.

“We're just trying to help the world,” student Noah Brenman said. “We're just giving money to people that need it and it’s fun. We get coffee in return, and you know, everyone gets something.”

“This is just a really good thing for the school because it gives us something to look forward to every week,” said student Kylise Deleon as she left the café with friends and treats.

Caitlin Luna said that while it may seem unwise to wind students up with caffeine and sugar, the net effect of the effort is worth it.

“They have all kinds of things you can order in the morning and boost you up to get ready for the school day,” Luna said.

Seeing the energetic students in the hallways, Luna said, “It's, like, hilarious. It's pure hilarious.”

Lewis says that the project is working so well, they are about to add drive-through service so that more parents will be able to share the joy.

"I believe that patriotism is coming together for one, for one thing, and that's what the school has done,” Lewis said. “We've come together, and because of it, we've been successful.”