Maria Garcia-Garcia has the opportunity to graduate with her undergraduate degree with no debt. She was awarded more than $200,000 to attend MIT. 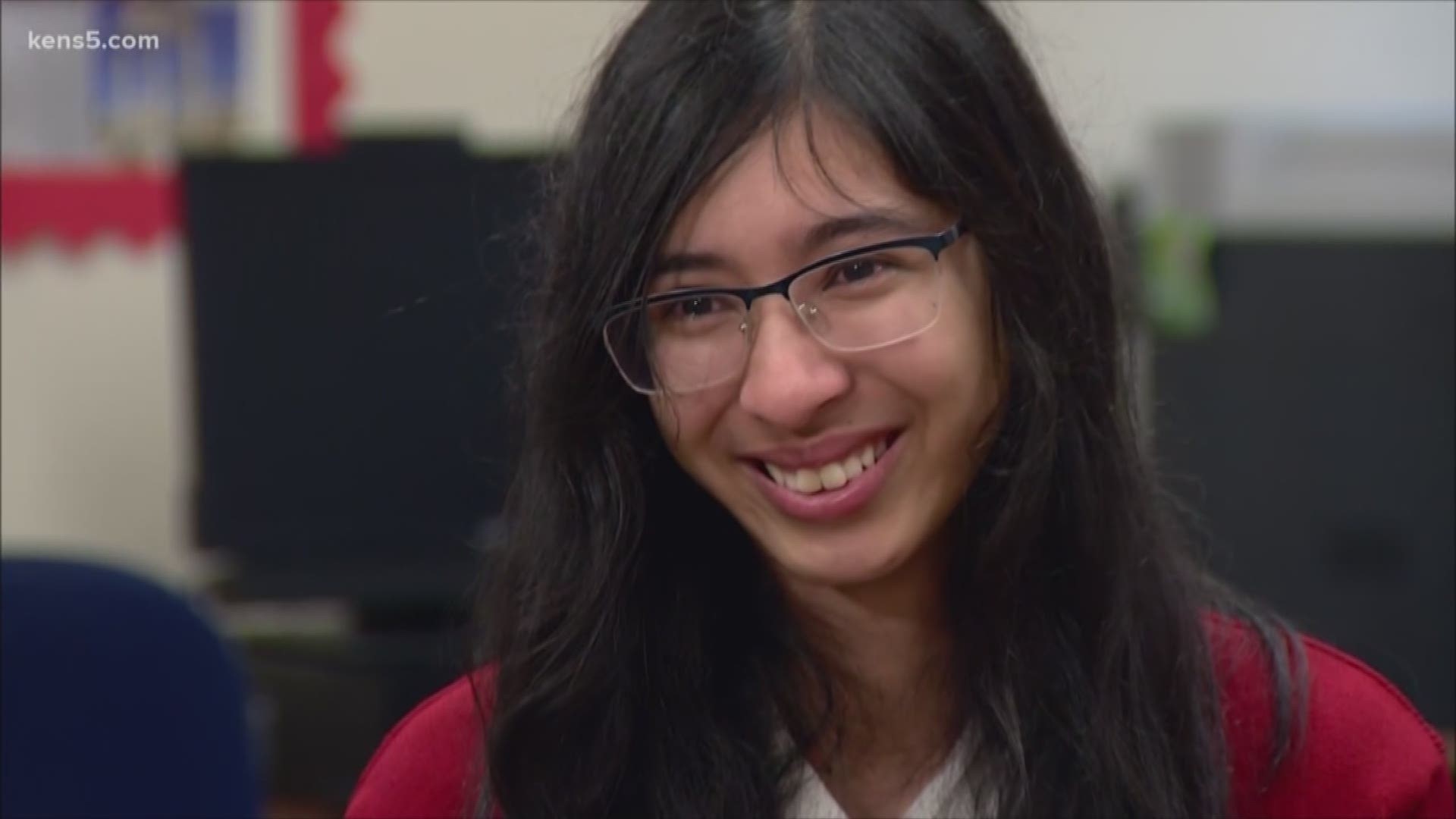 SAN ANTONIO — Maria Garcia-Garcia is excited and anxious about heading off to college as she wraps up her senior year at San Antonio Independent School District's Young Women's Leadership Academy.

"The more I learn, the more I want to learn," she said.

Garcia-Garcia is the oldest of  three children in her family. Her grandfather named her right down to hyphenating her mother's maiden Garcia and from her married Garcia.

The 18-year-old said she's always been curious and determined to soak up knowledge no matter the cost.

"I've always seen education as my way out, I guess," Garcia-Garcia said. "But also like a big opportunity because, my mom—she always pushed for it."

To pursue a better education, the teen makes a seven-mile journey on VIA then walks another winding mile through neighborhoods to get to school. It's not always the easiest route.

"I remember it started like drizzling at first," she said. "Then, it started pouring and my stuff got wet."

But the weather hasn't pushed her off the path to success.

"I had the honor and privilege of serving as her sixth grade science teacher," Regina Arzmendi said. "And I've seen her grow through the years into an amazing young woman."

Arzmendi is now her principal, and she described Garcia-Garcia a student who inspires not only her peers, but school administrators.

"She's an overcomer. She just truly knows what she wants in life," Arzmendi said. "She's not going to let anything get in her way."

Garcia-Garcia said she was helping another student apply for college when she discovered QuestBridge as a freshman.

"This is cool," she recalled.

When it came time for her to apply for college, she'd taken advantage of arms connected with the college match program for high-achieving low income students.

Garcia-Garica, who had initially thought of San Antonio College and the University of Texas-Austin as her options, put down Yale, Stanford and the Massachusetts Institute of Technology (MIT) as other choices.

"College was always the goal," she said.

The high school senior had no idea she'd get a dream college acceptance that sent her joyfully through the halls of her school sharing the news.

Her acceptance correspondence said she was one out of 10 in the nation to get the award—a full-ride scholarship worth more than $200,000. The teen doesn't even have to pay for travel.

The teen, who also was a student athlete and took dance, said she wants to give back to the community that has given so much to her. So she hopes to return to San Antonio for work.

With four months left to graduation, she still wears her signature smile and sends out inspirational quotes to anyone who receive one.

"There's one by Michael Jordan that I always go too," she said. "It says, 'If you ever come across a wall, don't stop. Figure out a way to go over it, under it or around it.'"

Got a story about child doing unique or outstanding things in our community? Send us an email Greatkids@kens5.com.