Looking for a place to retire your American or Texas Flag? A New Braunfels teen created one to fill the need. And, he’s working on a second one. 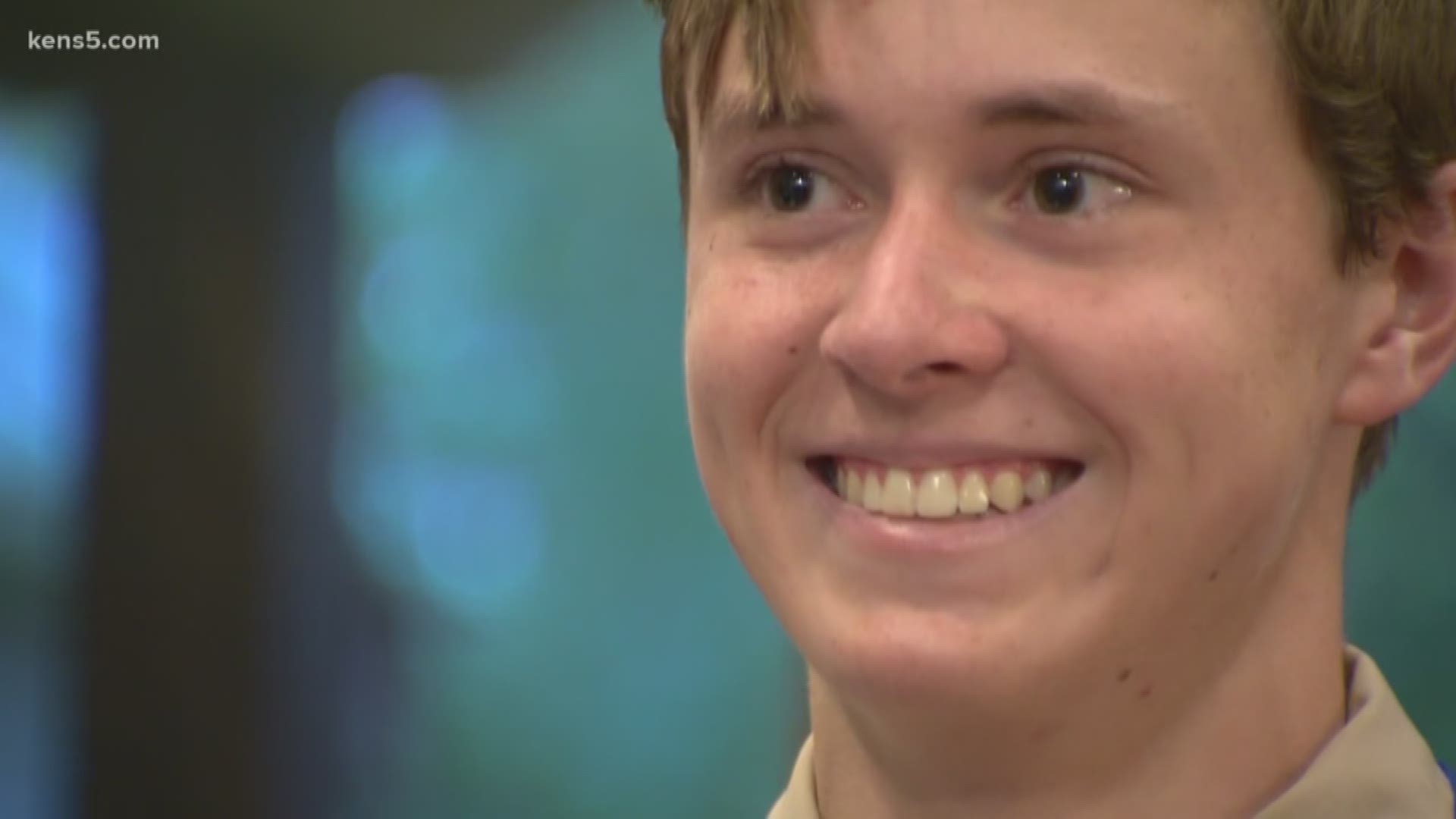 NEW BRAUNFELS, Texas — Mason Mitchell knew about the flag retirement box at the VFW Post 7710. But he wanted to create an in-city drop-off spot for those who live in New Braunfels.

"I wanted something that was public and easily accessible," Mitchell said.

The 16-year-old is a member of Boy Scout Troop 381. He created two boxes for his Eagle Scout project.

He's been in scouting since he was 11. In that time, Mitchell has 54 merit badges. The high school junior only needed 24 badges to vie for Eagle Scout status.

"The purpose of an Eagle Scout project is to stretch kids," Paul Mitchell said. " For them not to do. But lead."

Paul is also in scout leadership. Mitchell would hear his father fielding calls from the community to pick up American or Texas flags that were no longer of service.

The Boy Scouts collect the flag and retire them with the VFW during the summer.

Mitchell, who wants to be architect, led a flag retirement inspired project. He led a team that built two boxes for the retirement of flags.

"People have brought them in. They've seen the sign," Lynn Thompson said. "They've gone home and gotten flags and brought them back."

Thompson, the library's assistant director, said the flag retirement box has been emptied twice in three weeks. They've even had donations too large to go in the box.

Mitchell is negotiating with the city of New Braunfels to put a second box in city hall.

"There's a lot of young kids who are going to be in the library or city hall. And I don't necessarily know that they know how to properly retire a flag," Paul said.

He believes it's a good conversation piece for parents and their children about how to properly dispose of a flag.

Meantime, Mitchell fills a patriotic duty. He also gets to have a project that could stand the test of time.

"I feel like throwing  away a flag is just disrespectful to our country and the people who fought for our flag."