Northeast ISD senior, Madeline Correa, brings a courageous spirit to everything she does. 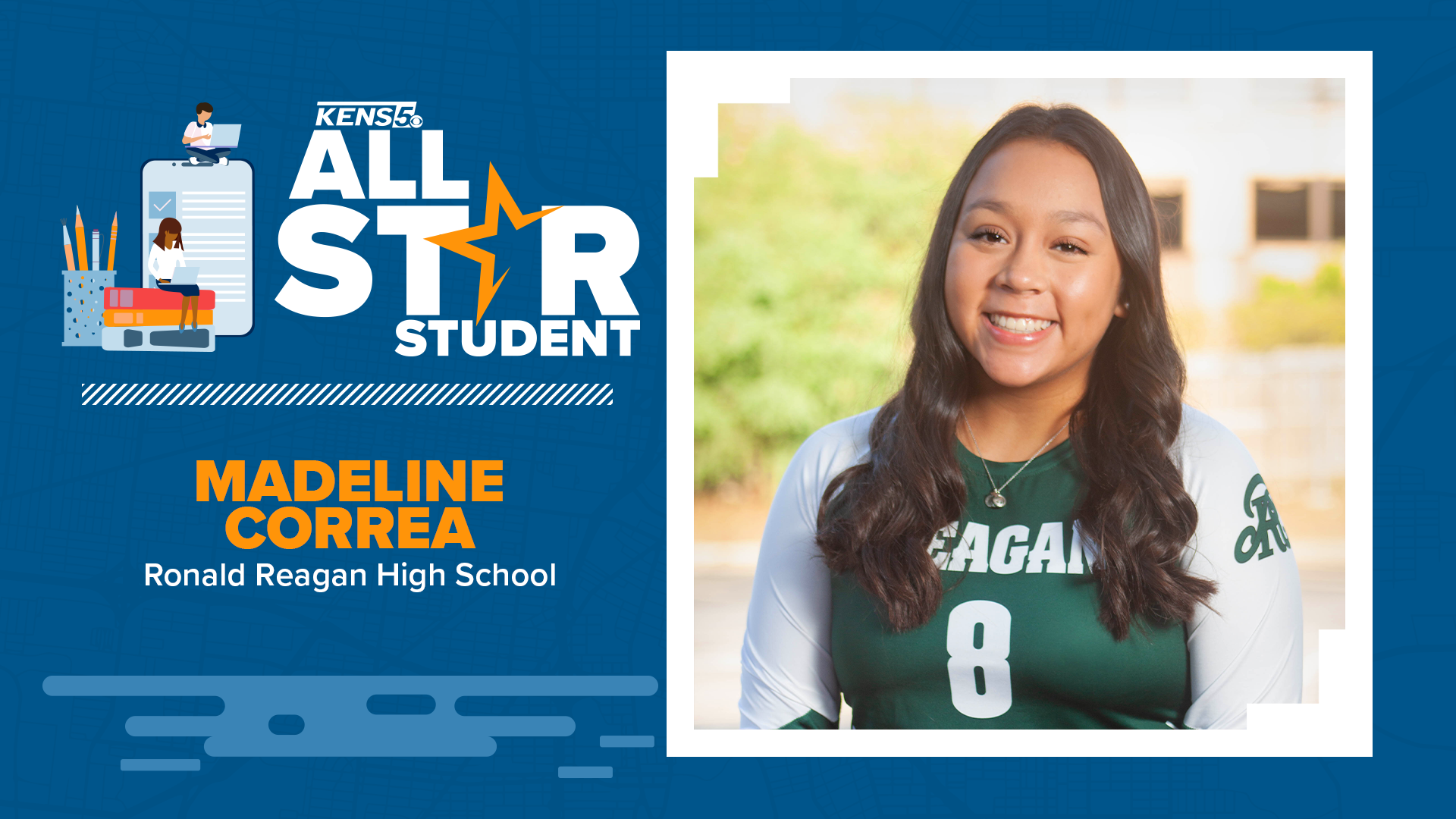 SAN ANTONIO — A Northeast Independent School District student is leading the way with her courageous spirit and fiery determination.

Reagan High School leaders say that Madeline brings her A-game to everything she does.

“Maddie Correa is a girl with a heart and a passion and a kindness that supersedes everything,” said Brenda Shelton, Reagan High School principal.

One place she’s leading the way is on the court, where Madeline is a constant motivating force.

“I always knew that I have to be positive. I have a lot of passion in my heart for the sport that I love, which is volleyball,” said Madeline.

Madeline also excels in her classes, and in the Reagan Student Leadership Council.

“She's honest and trustworthy in everything that she does, and I think everybody respects her for that, and naturally follows her leadership because she's not two different people,” said Torvik.  “She's Maddie every single day, regardless of whether she's on the court, in the classroom or with her friends.”

Torvik said Madeline has a fiery determination that sets her apart from others. Something Madeline said she learned at home.

“My parents have a big impact on me for that because they've always taught me that if I want to get success in the classroom and on the court, I have to be able to put in the work because no one is going to hand it to me,” said Madeline.

Both Shelton and Torvik said that Madeline has a courageous spirit and strives to do her best every day.

“She's going to come for it every single day and do what she's supposed to do. And, when she makes a mistake, she's not going to fret about it. She moves forward and she finds a way to be able to overcome that obstacle in everything that she does,” said Torvik.

That’s why Madeline Correa is a KENS 5 All-Star Student.

Jim Donaldson with the UPS Store presented Madeline with the All-Star Award.

Madeline is graduating early because she said she wants to get a head start in her education. She’ll be attending Texas Tech University where she will also play on the Red Raider Volleyball Team.

“While she's very talented and intelligent, it is really her character that stands out,” said Shelton.