Jake Marks is the first student in Texas to be featured on the cover of the Attainment Company’s catalog. 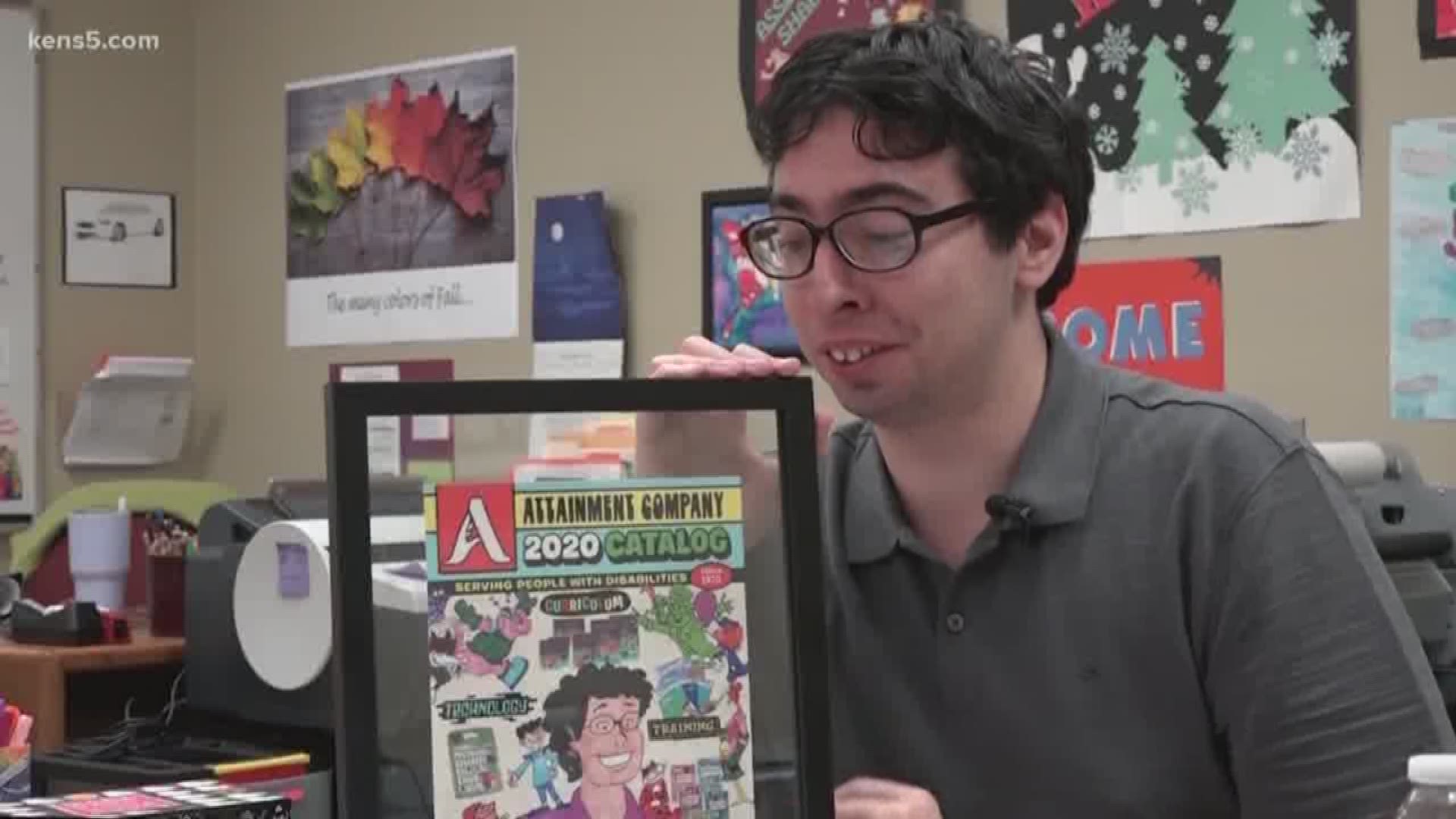 COMAL COUNTY, Texas — A Comal ISD student is proving the only limits in life are the ones you set for yourself.

Jake Marks is a 20-year-old student in the district’s Life Bridges Transition Program, which helps students with disabilities learn independent life skills after they complete their public-school education.

When Jake isn't busy with vocational training, you can find him drawing characters from his imagination.

"If Jake's breathing, he's drawing," said Jimmy Gammon, one of Jake's teachers. "It's part of him."

Jake's talent was recently recognized by the Attainment Company. It develops curriculum for people with disabilities. His original artwork will be featured on the cover of the company's 2020 catalog after being selected through an annual catalog cover contest.

He's the first student in Texas to win the contest with his submission depicting this year’s theme, “What inspires me to learn?”

"I was so happy," Marks said. "I was thinking of crying tears of joy, but I don't think my brain was working!"

"Jake is just a great representation of what people can do when they really want to do it," Gammon said. "He's never let anything slow him down or hold him back."

Marks said he would like to get his start in the industry by working with the Muppets one day. He also wants to do puppetry, voice-overs, character design and start his own animation production company. He's already got the name picked out.

"My company is going to be called JJM Productions, Incorporated. It derives from my initials, Jake Joseph Marks, and I thought, 'Hey, that's pretty smart!'" Marks said. "I have a lot of dream jobs."

Gammon said Marks plans to get a job at H-E-B or another store to support himself while he continues to pursue his dreams.

"He has a vision, he believes in that vision and he's going for it," Gammon said. "You can't ask for more than that from a person."

Marks has been a student in Comal ISD since he was in elementary school and joined Life Bridges two years ago.

Tickets for Brandeis vs O'Connor H.S. football game re-selling for more than double the costs after quick sellout