Kalvin Rodriguez is a leader in the Highlands High School JROTC program and is devoted to giving back. 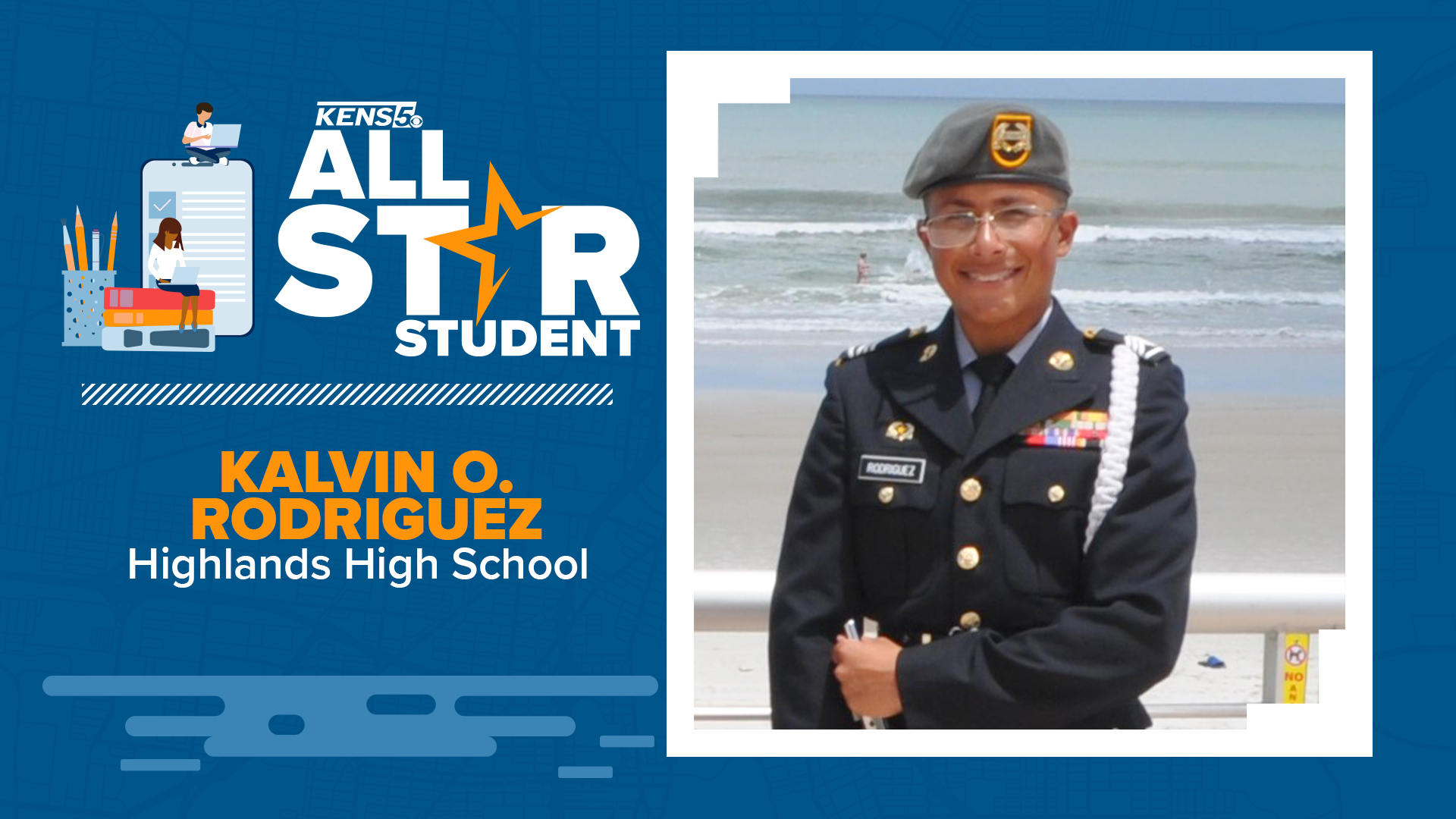 SAN ANTONIO — A San Antonio Independent School District student is leading the way with selfless spirit and a dedication to serve.

Kalvin Rodriguez said there was never a doubt what path he wanted to take in life.

“My family has a long history of being in the military, and since a young age, I always wanted to become part of the military,” said Rodriguez.

Rodriguez said he has a passion for serving his country.

“I know less than one percent wears the uniform. So, I know it brings great courage to have it, and great pride,” said Rodriguez.

It’s that patriotic pride this Highlands High School senior said he feels every time he wears his Junior ROTC uniform.

“Kalvin epitomizes the ideal student with exceptional values, beliefs, ethics, and character. He exemplifies the absolute best we look for in all of our students,” Maitland wrote in a nomination letter to KENS 5.

Maitland said Rodriguez has also won top awards in competitions across the country with the JROTC’s Color Guard.

“The Color Guard is something that is a very highly coveted opportunity because these cadets carry our nation's colors,” said Maitland.

“He puts everything he has into JROTC, into his coursework, and then he also gives back to the community serving food at the food bank, serving veterans,” said Pruitt.  “He’s always respectful and he’s just a stellar young man.”

Maitland said Rodriguez has a selfless spirit and leadership abilities that set him apart from others.

“Anytime there's something that we're doing here in the program, he's always in the front. He's leading from the front,” said Maitland.

“Other students do look at him for what a student should be, and he truly is a leader on this campus,” said Pruitt.

That devotion to helping others is just one reason Kalvin Rodriguez is a KENS 5 All-Star Student.

Adrian Reyes with the UPS Store presented Rodriguez with the award.

“Kalvin is a student who has exemplified leadership, community service, and commitment to excellence,” said Reyes.

“He represents Highland High School always with pride, and he makes me proud to be an Owl,” said Pruitt.