Sara Beth Beasley is leading the way as a role model for girls to pursue a career in science. 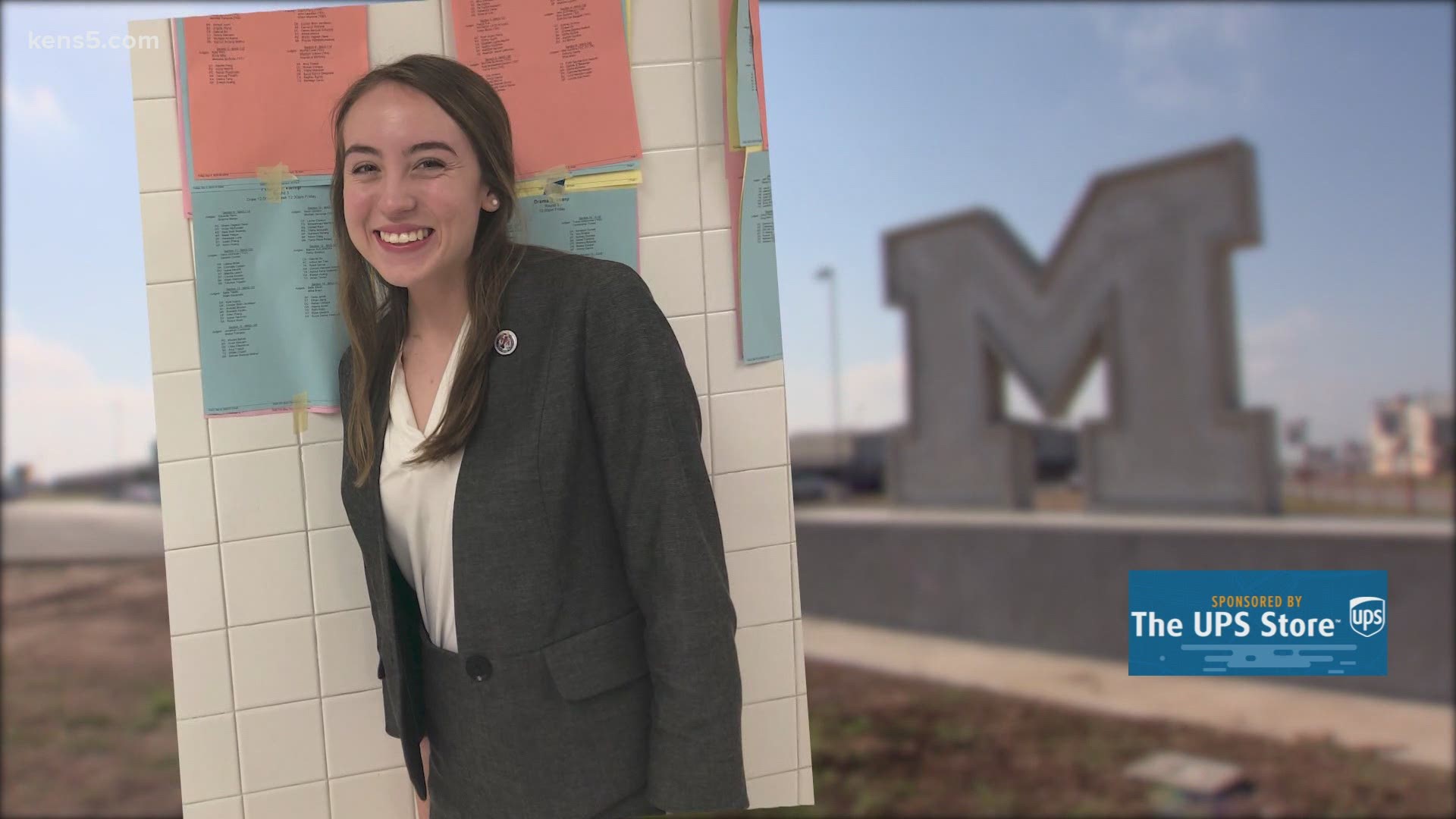 CASTROVILLE, Texas — A Medina Valley ISD senior is leading the way by example as a role model for girls aspiring to pursue careers in science.

For Sara Beth Beasley, it’s not enough to wish on the stars; she wants to reach out and grab them.

“From the day I’ve met her, she’s known exactly what she wanted to do, and that’s become an astronaut,” said Dustin Hurley, an AP social studies teacher at Medina Valley High School.

“We watched 'The Martian' on the last day of school, and after that, I loved it. I started watching movies and reading books. And then my freshman year, I went to a space camp in Alabama,” Sara Beth said. “Since then, it's just kind of taken off.”

Sara Beth said her passion extends to inspiring other girls to pursue science and math careers.

“I think it's a challenge and it makes me really have something to work towards and know that my future is exciting,” she said. “And just to spread the word that you can do it. It's not some crazy distant goal. It's something you can do if you work for it.”

In addition to excelling in her coursework in Dual Credit and Advanced Placement classes, Sara Beth was accepted into the NASA Aerospace Scholars Program.

“She is one of the most hardworking students I’ve ever met,” Hurley said.

Sara Beth knows a thing or two about exploring the uncertain.

“I actually have a speech impediment and I have since I was very young,” said Sara Beth.  “I've had surgery on my throat and I have bad vocal nodes.”

She said being on her school's speech and debate team has not only helped in her public speaking, but in everyday life.

“It makes me feel definitely empowered to know that it's a struggle, but it's not setting me back. I get to decide what I do,” said Sara Beth.

Hurley is the team's director at Medina Valley High, and said he’s watched Sara Beth grow as a freshman on the team to become president of the club.

“She is always right there ready to take initiative whenever I need her. I know that if I ask her to do something, she'll be able to get the job done,” Hurley said. “She does so many things, not just for herself, but for other people as well. That kind of selflessness, you don't see very often.”

Robert Jones is Sara Beth’s Dual Credit instructor and said she is a leader among her peers.

“She's always at the front of the group of people that are helping others to achieve their best. She's inspiring by her own example,” Jones said.

All those reasons and more is why Sara Beth Beasley is a KENS 5 All-Star Student.

Valentin Gutierrez with the UPS Store in Hondo presented Sara Beth with the All-Star Award.

“It's not often that you become a better teacher because of a student. And, she's really pushed me just as much as I've pushed her,” Hurley said.

Sara Beth said she hopes to attend Rice University and study aerospace engineering. In 10 years, she hopes to join Sally Ride as one of the few women to have traveled to space.