Boerne High School's Will Pearson is a KENS 5 All-Star Student. 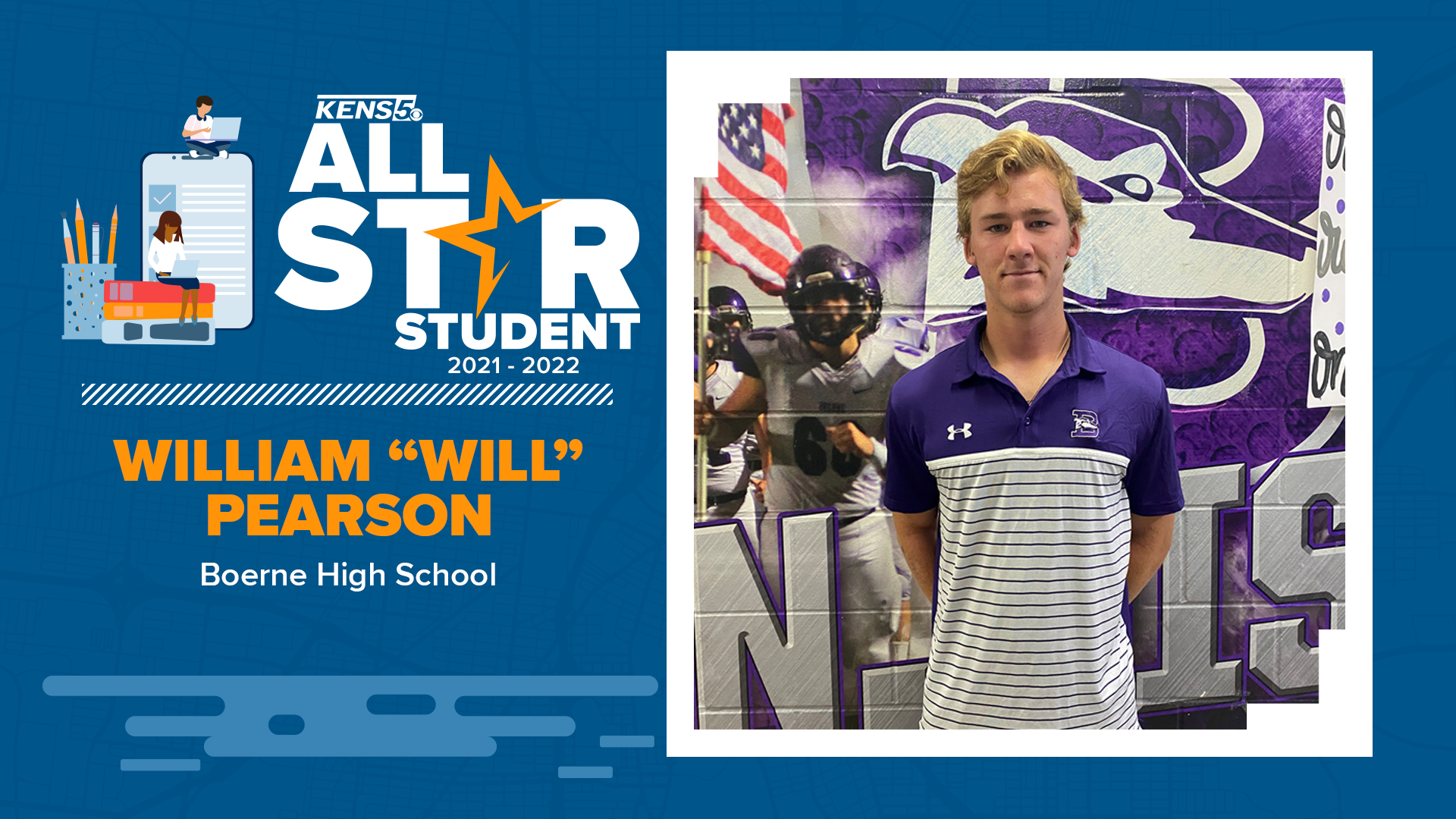 BOERNE, Texas — In the halls of any high school, it may be hard getting lost among the masses.

But for Will Pearson, he aims to be a role model for his peers and take them along his path to success.

“I try to be a role model for the younger kids,” said Will. “One thing I'd like to do is just be like the little pebble in someone's pond, just be thrown in and have my ripples change them somehow.”

Will is a senior at Boerne High School where faculty and staff said he excels in the classroom and on the football field.

“Will's a great kid. He's one of those that he's fun to coach,” said Boerne High School Defensive End Football Coach Brett Sawyer.  “He always comes with a great attitude. He works hard. The kids all respect him. And he's a great leader on and off the field.”

Will is a dedicated outdoorsman and Vice President of the Boerne Bass Club who said he loves to collect baseball caps.

“I decided if I'm going to wear the same hat every single day, I might as well make it a company that's mine that I could basically be a walking billboard,” said Will.

And, that’s exactly what he did, creating the Cast and Blast clothing line.

“He's probably 16, 17 years old and came up with this,” said Wilson. “He found somebody to make the caps. He did a little marketing deal. So it’s just kind of neat, the passion and the drive for something better all the time.”

And, Will is more likely to share the spotlight, especially when he’s participating in the Boerne ISD Show Partners program.

“It's where students partner up with special needs students and assist them through the whole raising of the animal project to the showing and everything,” said Wilson.

Will said he and his partner of the last few years, Blake, have raised goats in the program.

“I wouldn't really call it Show Partners. I'd call it going to go raise a goat with my buddy,” said Will. “We're really close with each other and we have a good connection.”

Those are just a few examples of why Will Pearson was selected as a KENS 5 All-Star Student.

Ryan Provenzano with the UPS Store in La Cantera presented Will with the All-Star Award.

“On behalf of the 60 area UPS Stores, we celebrate your community service, your leadership and academic accomplishments,” said Provenzano.

“The best part about Will is there's no Will the football player, Will the student, He’s Will no matter what he does,” said Sawyer.

Will said he hopes to attend Texas A&M University next year and later pursue a career in the medical field.