All-Star Student: From academics to service, this Fort Sam Houston ISD 10th grader is doing it all 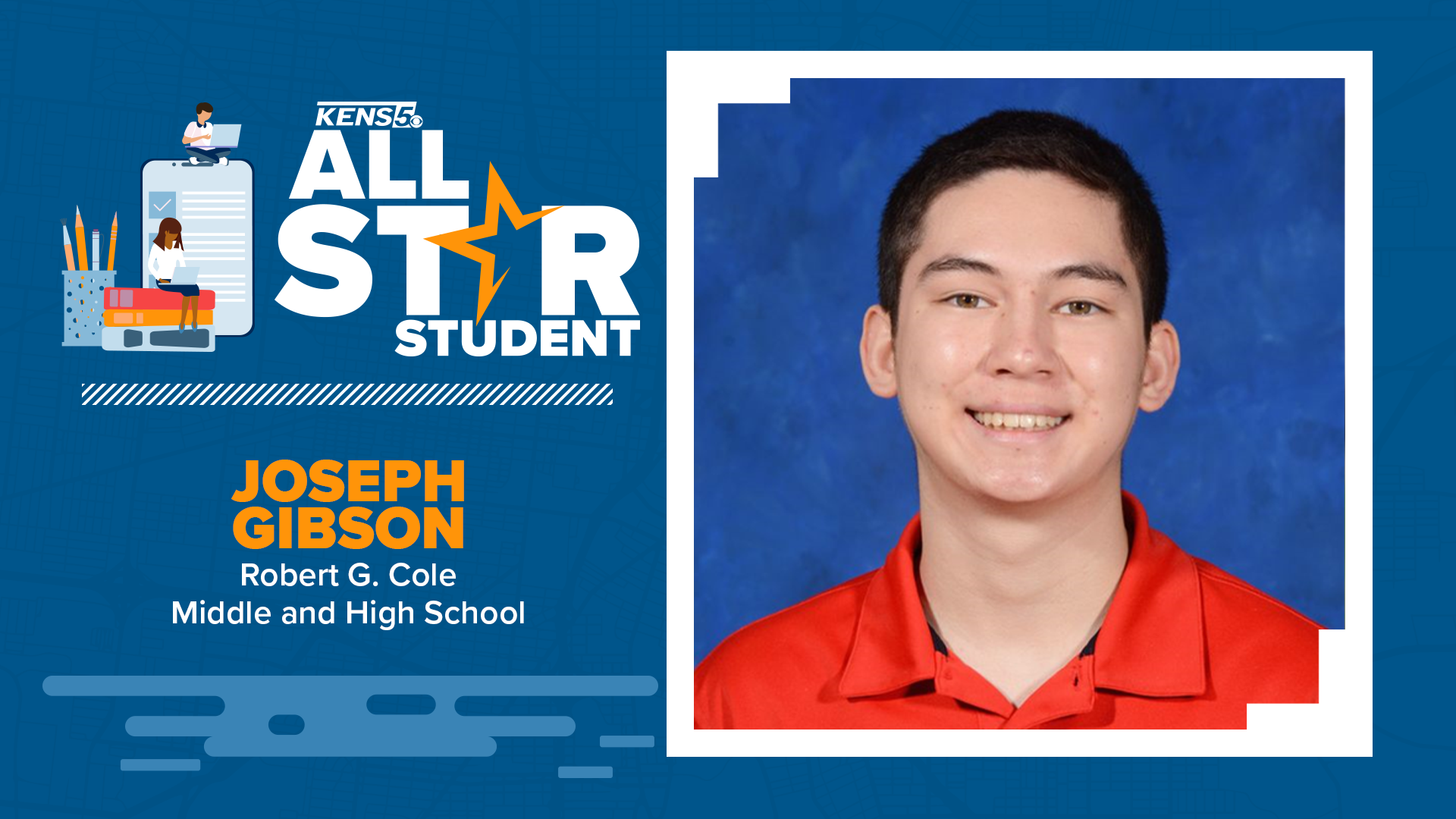 SAN ANTONIO — A tenth grader in Fort Sam Houston ISD is taking on life one activity at a time.

From excelling in rigorous courses to helping his team win the state basketball championship, Joseph Gibson is doing it all with a positive attitude.

And, if you’ve ever wondered how that's all possible, Joseph can you give some tips.

“I usually like to set up a schedule like of all the things that I need to do, just to stay organized to see if I’m overloaded or underloaded and then I’ll determine which ones are the most important,” said Joseph.

The principal at Robert G. Cole High School said Joseph has managed to find a balance.

“I don't know how he gets it done, but he does it all and he does it all while making it look really easy,” said Advanced Placement Teacher Max Gorham.

Joseph is taking college level courses and ranked the top student in his class.

Joseph is also involved in a multitude of extra-curricular activities.

In addition to being a Squad Leader in his school’s JROTC program, Joseph also is a leader on the Varsity basketball team.

“We won the state championship by like 14 points,” said Joseph.  “I think I just brought new energy to the team, and it kind of motivated them to keep working hard.”

Gorham said Joseph’s time management skills and ability to juggle all the activities is a rarity in a sophomore student.

“He’s doing all this again with kind of the grace and engagement that you would want to see out of a senior, as a sophomore,” said Gorham. “It says a lot of really positive things about who he is and about who is going to be in the years to come.”

Plus, the teen with a gusto to give back, also earned his Eagle Scout Award.

“I had this one student come up to me and say, ‘Joseph, I really look up to you, you are my role model. Thank you for doing what you do. I really appreciate it,’” said Joseph. “And, that felt really good to me. I didn't know I had impacted anyone as much as that.”

Those are just a few reasons why Joseph Gibson is a KENS 5 All-Star Student.

Alex Hatzis with the UPS Store on Fort Sam Houston presented Joseph with the All-Star Award.

Joseph said he plans to attend Brigham Young University and then attend medical school with a goal of becoming a radiologist.

“He is a force and he is going to do incredible things,” said Gorham.