Staff at Memorial High School said Michael Uribe has a quest for knowledge like no other. 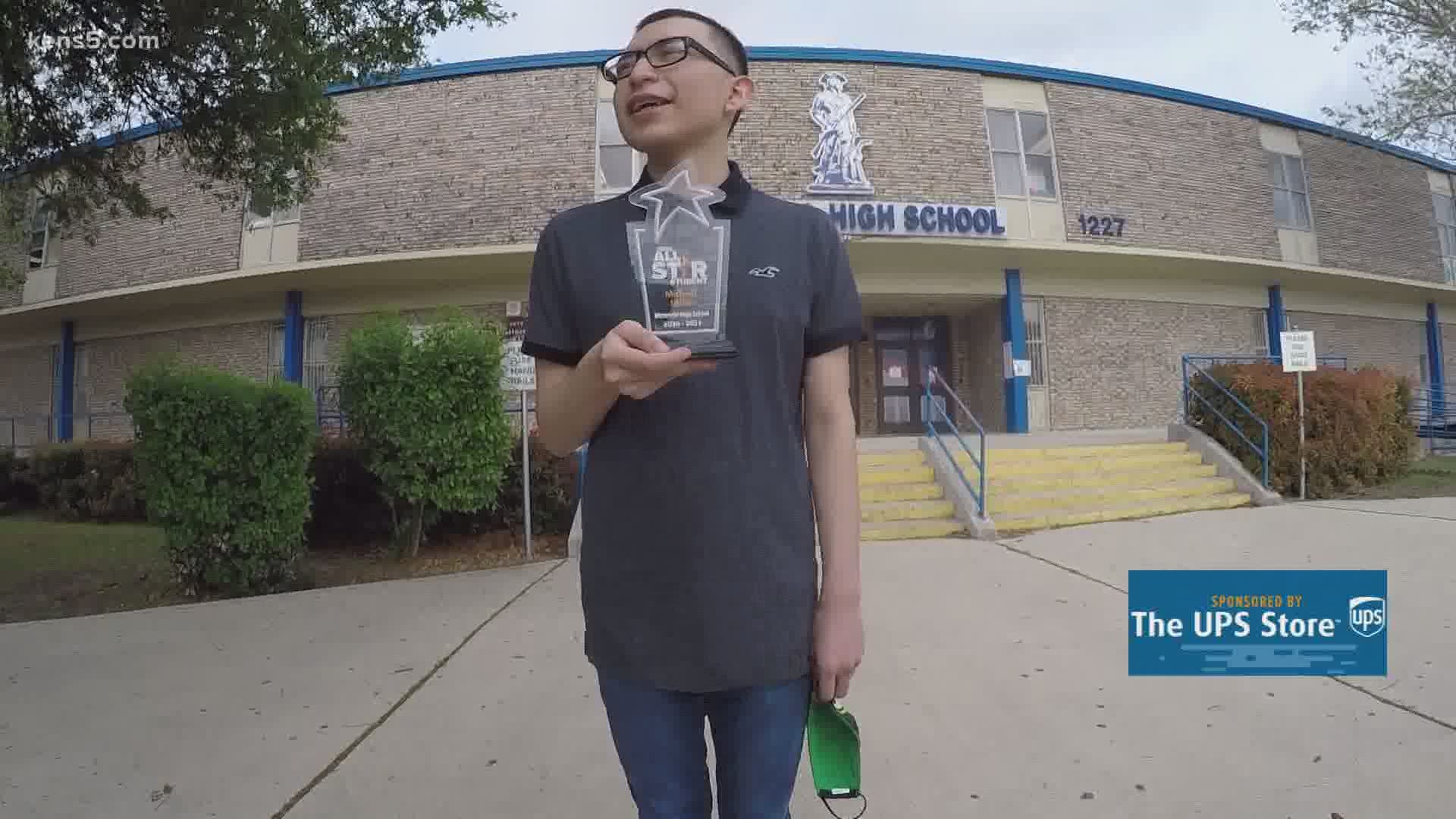 SAN ANTONIO — An Edgewood ISD student has been racking up recognitions for years on his fast track to success.

Success may or may not come in the form of a trophy, but for Michael Uribe, he’s got quite a collection.

“He is always studying, he is always reading,” said Memorial High School Counselor Theresa Fisher. “Michael loves science. He has this drive to come up with a way for people to live longer and healthier lives.”

Fisher said Michael has a quest for knowledge that carries through all the math and science competitions he enters.

“I want to achieve big things in the world,” Michael said. "I’m motivated to do that, to do well academically.”

And big things, he’s already achieved. From being selected as a National Merit Finalist to making the President’s List at San Antonio College to earning the No. 1 rank in his class, Michael is a dedicated student.

“He is an exceptional, intellectual talent,” Fisher said.

“He’s very smart, and I don’t think he realizes how smart he is,” added Principal Tania Loyola. “He has accomplished to many things so far, and I can only imagine how many more he will accomplish throughout his life.”

We asked Michael what advice he would give to other high school students. His suggestion: Learning how to time-manage well.

“You should try not to miss any deadlines, to be aware of them and try to complete things by them,” Michael said.

But more importantly, Michael said to have faith in yourself, even when you don’t think you can do it.

Perhaps for Michael, the real award is earned when no one else is watching.

“His drive comes from within, but it’s not for self-fulfilling purposes,” Loyola said. “When you talk to him, you’ll find out that everything he does is for others. He’s a very, very humble kid.”

Those are just a few reasons Michael Uribe is a KENS 5 All-Star Student.

In partnership with The UPS Store, we presented Michael with the All-Star Award.

Michael said he plans to attend The University of Texas at Austin and study Biology with a goal of attaining his doctorate degree in the next ten years.

He will the first in his family to go to college.

“Watch out for Michael Uribe," Loyola said. "He’s going to go places and he’s going to do amazing things."