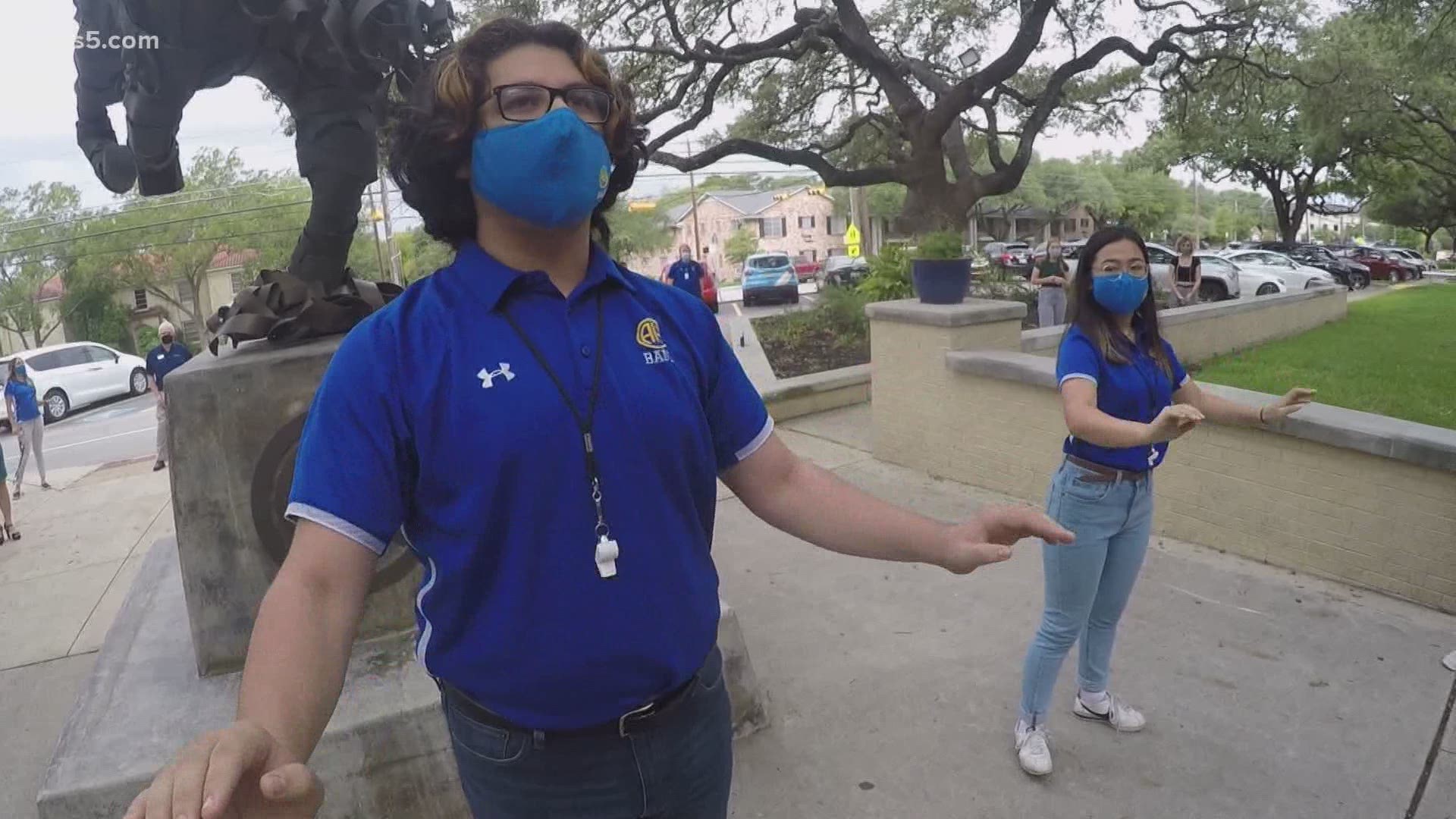 SAN ANTONIO — If all the world is truly a stage, then Augustin Chincarini would be front and center.

He’s a standout in the Alamo Heights High School Fine Arts Department, involved in multiple activities that extend beyond the school day.

His accomplishments include earning a spot in the All-Region and All-Area Bands and Choirs, and receiving a Superior Rating on a solo and an ensemble at the UIL State Solo and Ensemble Contest.

The Alamo Heights senior is also a drum major, leading the Alamo Heights High School Mighty Mule Band, in addition to taking a lead in last spring’s production of "The 25th Annual Putnam County Spelling Bee" and playing the clarinet in Youth Orchestras of San Antonio.

“He is a true leader on our campus, not just in band, but sets an example for students all around campus of what it means to be a Mule,” said Alamo Heights High School Principal Cory Smith.

“In a lot of ways with music, he’s kind of an old soul—like he truly feels the music,” said Stephenson.

“I guess you could call it like escapism. It's always something that I've managed to come back to, and it just gives me such a warmth,” Augustin added. “I love to perform.”

Augustin said he started theater and band in middle school.

“And right away, I just wanted to be good at it."

Since then, Augustin has found the perfect harmony, and Stephenson said Augustin is a star in and out the classroom.

“Augustin is hardworking, tenacious. He is so gifted musically,” Stephenson said.

Augustin credits his success to the people around him, including his fellow band students, he is now in charge of leading as Drum Major.

“I love everyone in band. And I feel like that's really where, the drive comes from,” said Augustin.

It’s a big responsibility, and one that Stephenson said Augustin has taken on with resolve and determination.

“Augustin is hardworking, tenacious. He is so gifted musically,” said Stephenson.

Stephenson said Augustin also dedicates his time to giving back, serving as the Chair of the Philanthropy Committee, and coordinating events like food drives for the San Antonio Food Bank.

Augustin said he wouldn’t be able to do it all without the help of his peers.

“I love everyone in band, and I feel like that’s really where the drive comes from,” he said.

Stephenson said Augustin’s fellow students look to him for his leadership.

“As a leader, he just really takes care of students around him, knows them, has a great connection with them, has respect of his peers,” said Stephenson.

That’s why Augustin Chincarini is a KENS 5 All-Star Student.

Dick Schoff with the UPS Store off Broadway presented Augustin with the All-Star Student Award.

Stephenson said the recognition is well-deserved.

“I just think that he’s just an all-around great person as well as a wonderful musician,” said Stephenson.