Nearly 3,000 more Bexar County high schoolers are now eligible to attend an Alamo College for free next year. The institution has its sights set even higher. 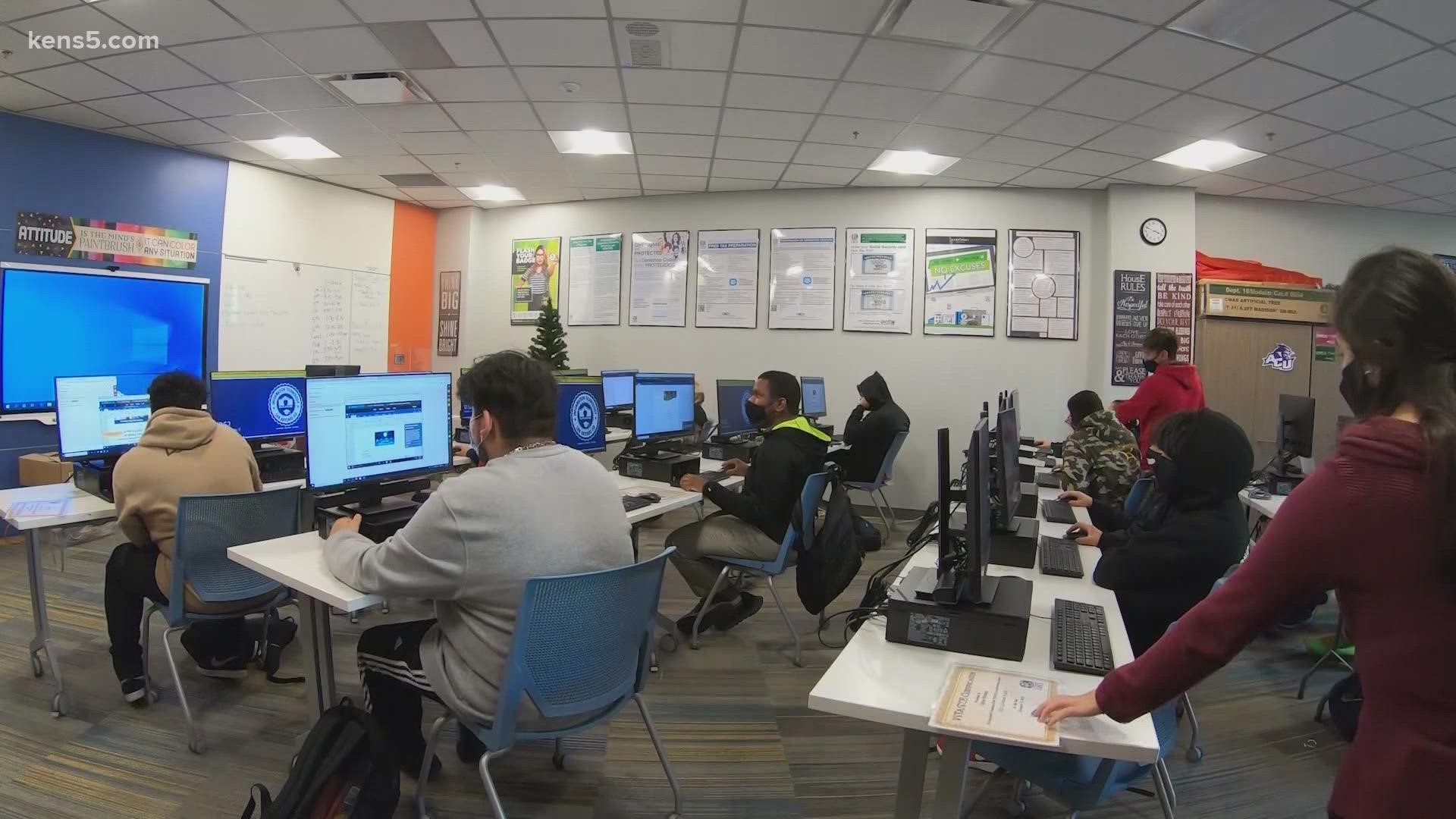 SAN ANTONIO — Nearly 3,000 more Bexar County high schoolers will be allowed to apply for tuition-free schooling at an Alamo College next year.

The system's board of trustees voted this week to expand its crown scholarship program, called the Alamo Promise. The initiative targets graduates from high schools in areas of need with traditionally-low college attendance rates.

"You want to pursue higher education? There's a path for you right in your backyard and that puts you on track for a strong career path, strong earnings, and social mobility," program head Stephanie Vasquez said.

The college system extended the program to a number of early college high schools, as well as Marshall, Madison, Veterans Memorial, MacArthur and Stevens high schools.

Alamo Colleges launched the scholarship program during the pandemic with an initial 25 partner high schools. In year one, Alamo Colleges's enrollment from those feeder schools jumped by 17%.

After expansion, the total number of high school students eligible for the scholarship will exceed 12,000 each year.

Vasquez says Alamo Colleges aims to boost college-attendance rates in Bexar County by roughly 20% over the next six to seven years. Eventually, she said, the school system would like to offer the scholarship to all Bexar County students.

"We have really an ecosystem of support, whether it's advising, counselling, or emergency services," she said. "That whole wraparound support is available to you as an Alamo Promise scholar."