Deputy rear-ended after crash on I-35, suspect jumps off highway and breaks arm

The whole event happened when an officer with the UTSA police department was attempting to pull the suspect over. 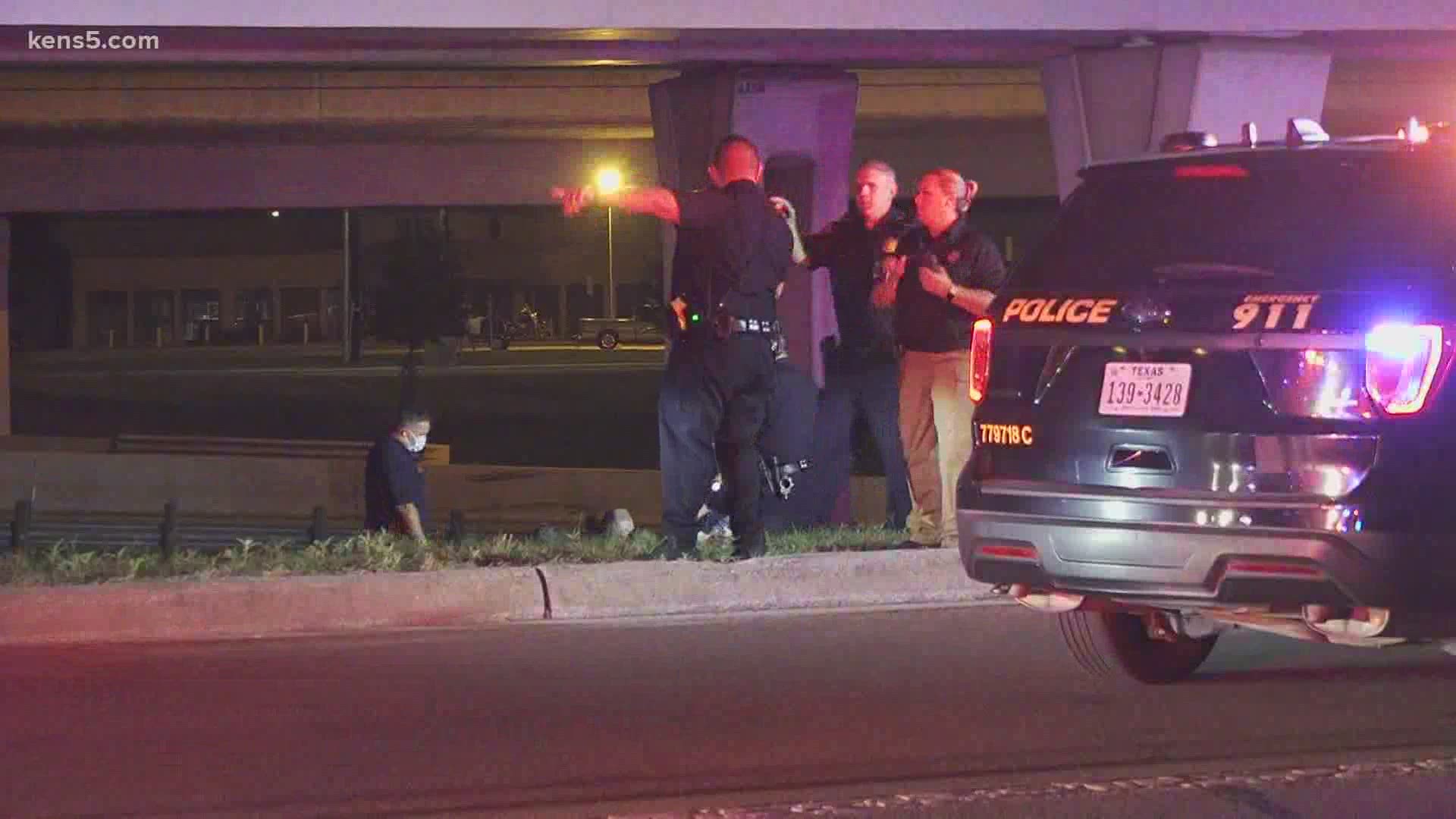 SAN ANTONIO — A deputy was left with neck and back pain after being rear-ended Monday night, police say.

When police arrived, they said a Bexar County Sheriff's Deputy had been rear ended on one of the on ramps to I-35.

The suspect who hit the deputy got out of his vehicle and jumped off the highway onto the access road causing him to break his arm, police said.

The whole event happened when an officer with the UTSA police officer was attempting to pull the suspect over.

The suspect ended up hitting the BCSO vehicle which caused the suspect's vehicle to break down.

Police said the deputy complained of head and back pain but is expected to otherwise be okay.

The suspect was transported to San Antonio Military Medical Center with a broken arm.