The Bexar County's Precinct 2 Constable's Office arrested one of their own Tuesday afternoon. 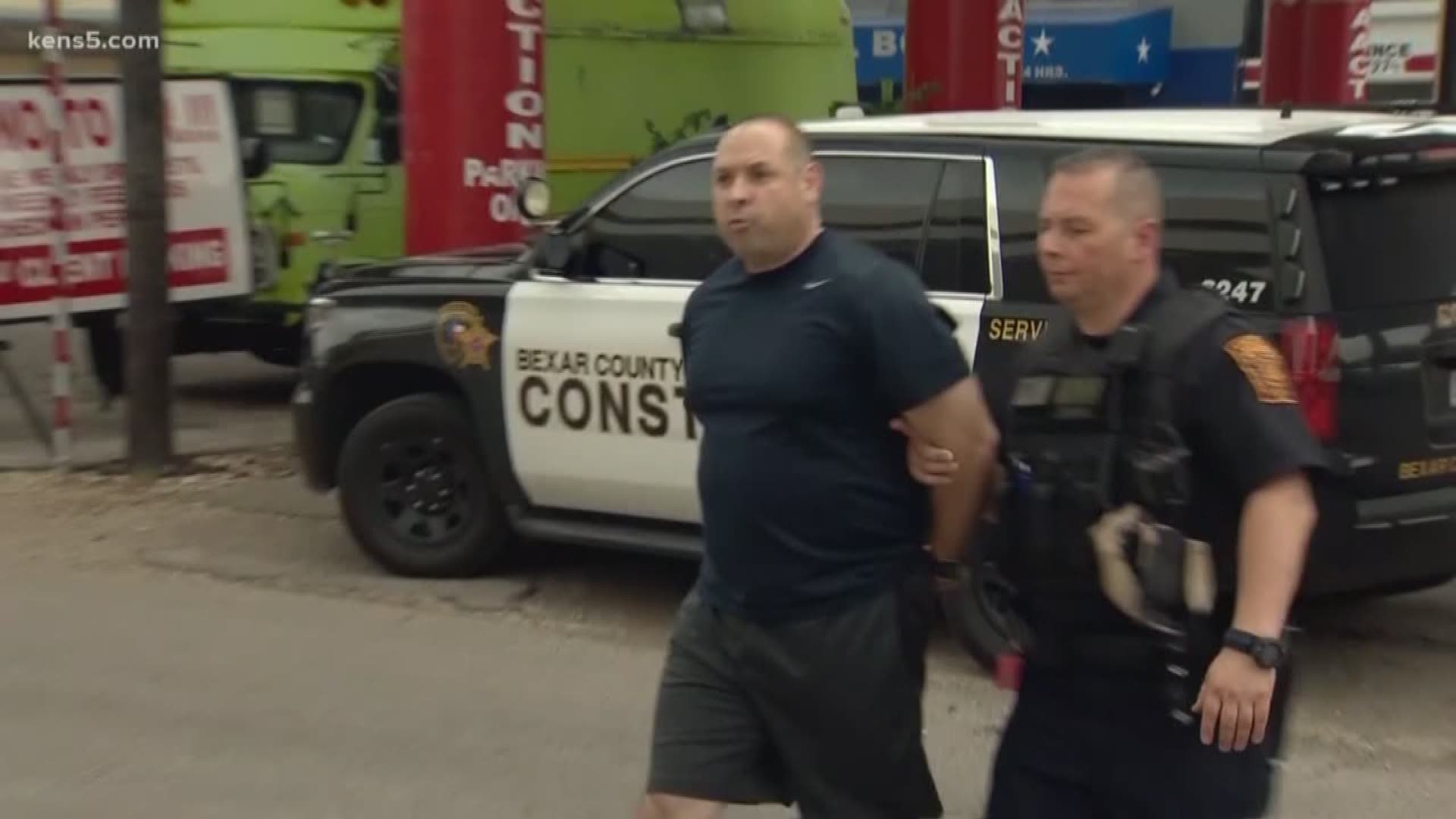 Moreno has since posted bond.

When escorted to the BCSO south tower Tuesday evening, Moreno claimed he was innocent and that his arrest was retaliation from his boss, Constable Michelle Barrientes Vela.

According to an arrest affidavit, Moreno is accused of bringing a "negative and harmful environment" to the agency "by way of threatening emails, letters, social media, telephonic and in-person encounters, thus endangering Deputies and civilian staff on a daily basis."

Moreno filed a petition for employment discrimination back in December of last year.

Court documents claim that Moreno's EEOC complaints were proven to be false and have caused disruption within the agency.

The agency has reportedly been forced to take extra precautions when on duty and off duty because of the death threats received due to the information included in Moreno's "falsified documents."

Moreno is an 18-year veteran with Precinct 2.