Some of the killings arose from disputes between the Gulf and Zetas cartels. 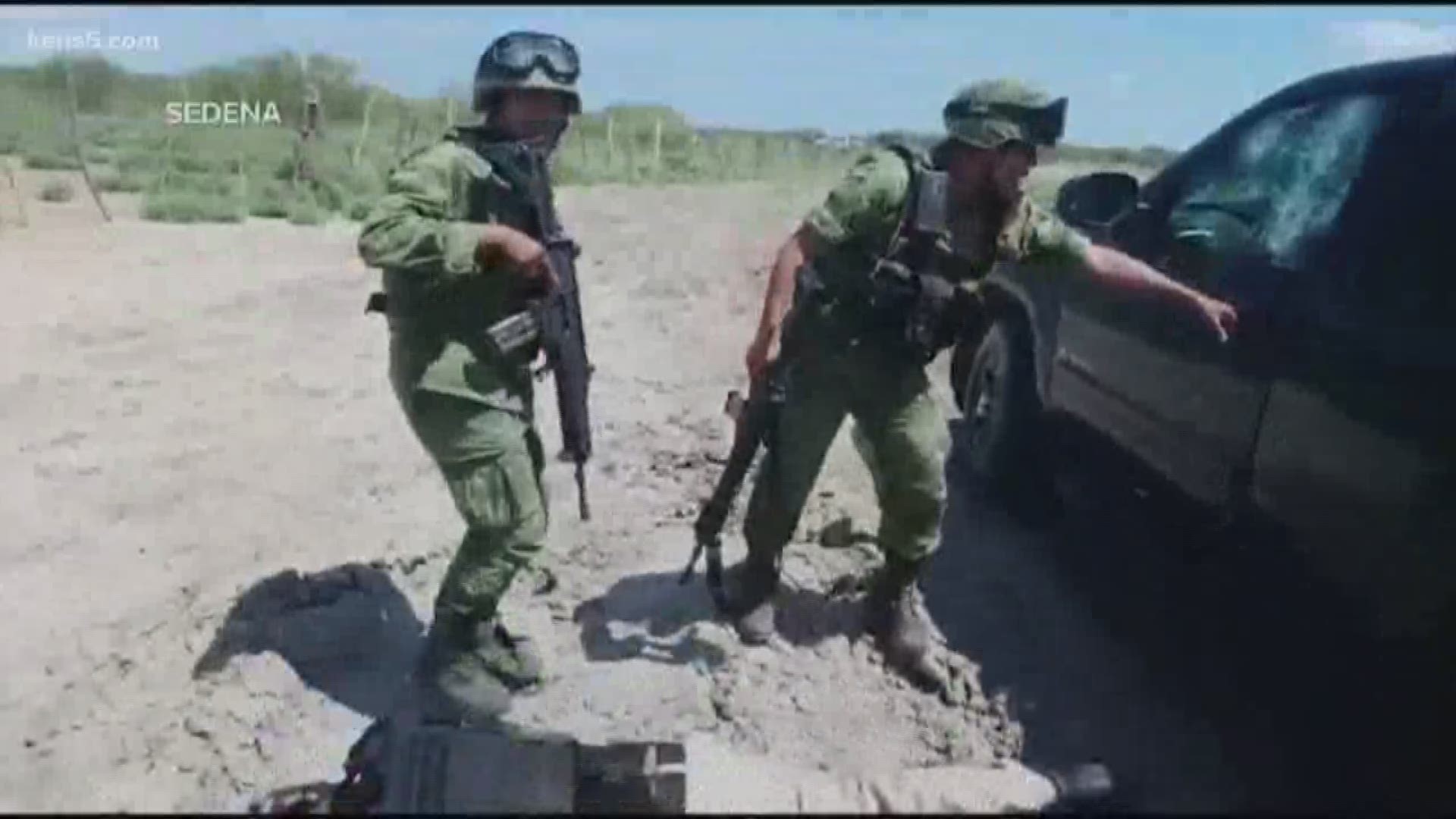 MEXICO CITY, Mexico — Mexican authorities said Friday that a soldier and five attackers died in a clash between gunmen and an army patrol in the northern border state of Tamaulipas, bringing that state's death toll in two days of presumed gang-related violence to 30.

A group of armed assailants attacked a military patrol Thursday on a highway near the Rio Grande, wounding one soldier who later died of his wounds, said a Tamaulipas state official, who was not authorized to be quoted by name. The official said the patrol returned fire, killing five assailants.

Local media reported that some of the gunmen were wearing flak vests and military-style camouflage and that at least one of their vehicles had rudimentary bullet-proofing of welded steel plates. The area where the confrontation occurred, near the town of Miguel Aleman, has long been dominated by the Zetas drug cartel.

The town is about 50 miles (80 kilometers) west of McAllen, Texas, where U.S. President Donald Trump visited Thursday to push for expanding existing border walls along the entire length of the border.

The state official said the death toll in a separate presumed drug cartel shootout Wednesday near Miguel Aleman had risen to 24, with the discovery of three more bodies.

Those killings apparently arose from a dispute between the Gulf cartel and a faction of the Zetas cartel.