Kelly Slayton has been charged in the death of a 30-year-old man who was last heard from by family and friends on Dec. 19, court documents revealed. 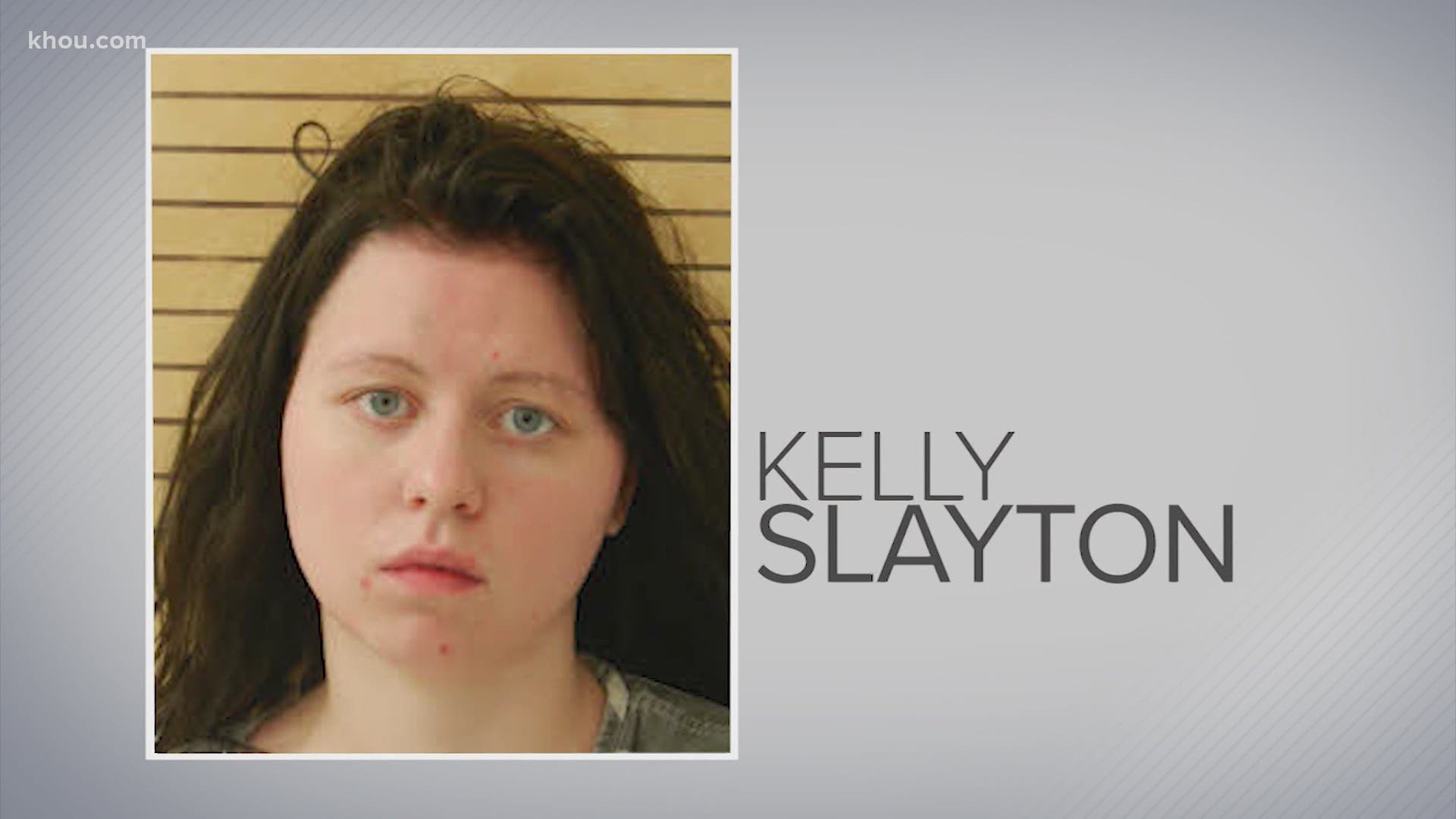 HOUSTON — A 24-year-old woman who was arrested after a road rage shooting and chase has been linked to a Houston man who has been missing since Dec. 19, according to court records.

Kelly Slayton has been charged with murder in connection to the death of the missing 30-year-old man. The full identity of the victim is pending verification by medical examiners.

Slayton was initially arrested on Dec. 20 after court records revealed she shot at a vehicle during a road rage incident then led Texas Department of Public Safety troopers on a chase from Hamilton, Texas into Comanche, Texas, which is northeast of Fort Worth.

She was arrested after she crashed and is charged with aggravated assault and felony evading in a motor vehicle in that case.

During an investigation, detectives learned the vehicle Slayton was driving belonged to a man who was reported missing in Houston.

Homicide detectives went to Slayton's apartment complex, which is located in the 11800 block of Hammond Drive, and viewed surveillance video that captured a vehicle, matching the missing man's vehicle, driving into the apartment complex.

A man is then seen getting out of the vehicle and walking towards Slayton's apartment.

Slayton and the man were seen standing on her patio before the two were caught on camera leaving the apartment together, court documents revealed.

They both return a short time later and could be seen re-entering her apartment together.

The man never leaves the apartment again, according to court documents.

Detectives later obtained a search warrant for Slayton's apartment and found a man dead in one of her bedrooms from an apparent gunshot wound to the neck.

Investigators said the deceased tattoos match those of the missing man.

The Houston Police Department is still looking into this case and is urging anyone with any additional information to please call the homicide division at 713-308-3600.