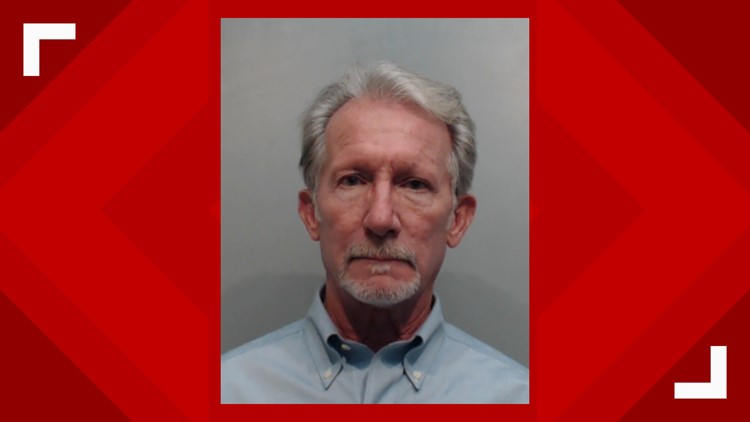 HAYS COUNTY, Texas — After a two-week trial, a Hays County jury has convicted a Wimberley karate instructor of continuous trafficking of a person and 63 counts of possession of child pornography.

Richard Griffin, 65, was sentenced on Thursday to life in prison plus 20 years following a two-week trial.

The evidence, including testimony from the now 21-year-old victim, established Griffin was arrested in July 2014 after the victim told her parents that she and Griffin had been engaged in a sexual relationship for about a year-and-a-half, starting in late 2012 when she was 14.

Witnesses testified that Griffin and the victim had become acquainted while she was a student at Griffin's karate studio in Wimberley. Griffin developed a relationship with her family, then began lavishing attention on her. Eventually, after her parents had determined to cut off contact with Griffin, he provided her with cellphones to communicate secretly. The victim described many secret meetings with Griffin where they would engage in sexual activity.

Wimberley karate instructor charged with another count of sex assault

After she revealed the relationship to her family and then police, detectives with the Comal and Hays County sheriff's departments began to collect evidence that corroborated her account, including recovering the cellphones, thousands of dollars in cash that Griffin had given her, DNA evidence and dozens of explicit photographs of the victim on Griffin's cellphones and computers.

The Hays County jury deliberated for less than three hours and, on Thursday, found Griffin guilty of continuous trafficking of a person and possession of 63 counts of child pornography.

On Friday, Griffin requested the verdict be assessed by the judge who presided over the case. The judge heard additional evidence, including that when Griffin was arrested he was texting a 12-year-old girl in a very similar fashion as he had done to entice and seduce the victim in the case. Additionally, the state presented victim impact evidence detailing the impact Griffin's actions have had on the victim.

4 children killed as result of crash on U.S. 77 south of Giddings