The Williamson County Sheriff’s Special Crime Unit issued a warrant for the veterinarian hospital owner after an investigation into the death of an English bulldog. 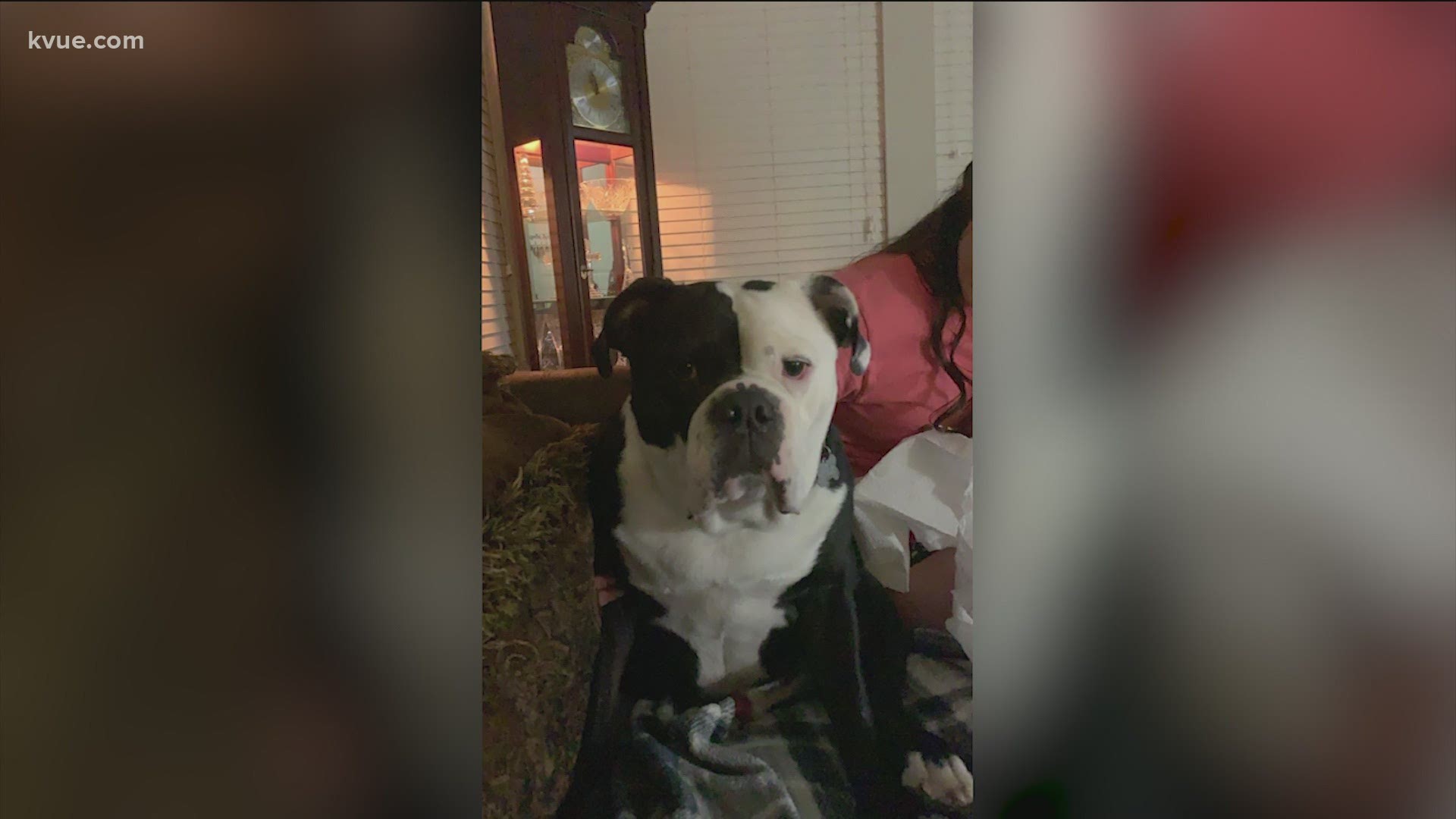 WILLIAMSON COUNTY, Texas — A Williamson County veterinarian was arrested on animal cruelty charges on Wednesday after turning herself in to the Travis County Jail, according to a press release from the Williamson County Sheriff’s Office.

The Williamson County Sheriff’s Special Crime Unit issued a warrant for the owner of the Wellness Veterinary Hospital Dr. Dana R. Boehm’s arrest after a "lengthy investigation" into the death of a 5-year-old English bulldog named Jax.

Jax’s owner reported he was unable to walk, covered in urine and had sores all over his body after picking him up from being boarded at Boehm’s clinic. The dog stayed at the clinic near the city of Taylor from March 13 to March 20.

Jax was put down at another veterinary office the same day he was picked up. According to the press release, his owner said Jax was healthy before being boarded.

Credit: Williamson County Sheriff's Office
Jax, a 5-year-old English Bulldog, was put down after being picked up by his owner from a boarding clinic

Williamson County detectives, along with the State Board of Veterinarians, found unhealthy conditions at Dr. Boehm’s hospital while executing a search warrant of the areas Jax would have stayed in May. Findings included foul odors, urine puddles, uncapped used syringes as well as a lack of food and water.

All animals boarded at the clinic were picked up or taken to the Williamson County Animal Shelter following the search. All are now back with their owners.

Dr. Boehm was charged with animal cruelty, a Class A misdemeanor.

This is an ongoing investigation and further charges are being considered, according to the press release.