Police say after the suspect assaulted the victim, she took her purse, cash and cell phone and walked out. 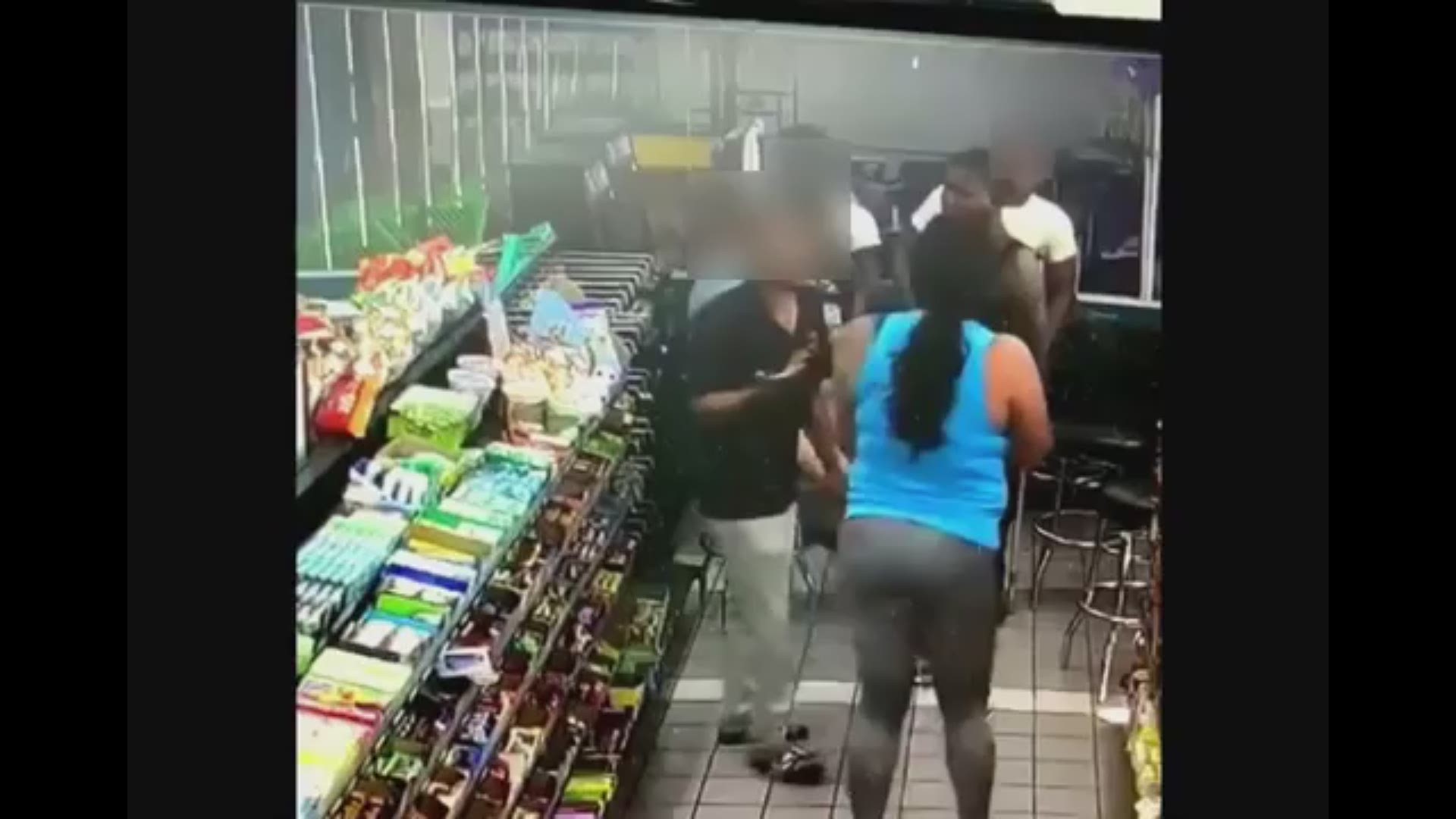 HOUSTON — Police are asking for the public’s help in identifying the suspects responsible for a violent attack in a convenience store northeast Houston.

Houston police released surveillance video on the incident that happened just before 5:30 p.m. on Sept. 8 at the Valero located in the 5700 block of Lockwood.

Investigators say the victim explained that she sat down at the slot machine next to an unknown male and female. The victim told police that as she was sitting at the machine, she coughed, at which time the female sitting next to her started yelling at her for coughing next to her.

WARNING: Watch video of the violent and disturbing assault below.

The victim says the unknown man and woman began to cause a disturbance, and she asked the store clerk if he could ask them to leave. The store clerk began to talk to the man and woman, when suddenly the female forcibly grabbed the victim by the hair and pulled her to the ground.

Credit: HPD
Police are asking for the public’s help in identifying the suspects responsible for a violent attack in a convenience store northeast Houston.

Both suspects sped away from the scene in a dark blue SUV.

Crime Stoppers may pay up to $5,000 for information leading to the charging and/or arrest of the suspect in this case. Information may be reported by calling 713-222-TIPS (8477) or submitted online at www.crime-stoppers.org