Officials in Louisiana say this photo should never have been taken

"It brings about the history of slavery when you think about hunting of African Americans at one time," one criminal justice professor said. 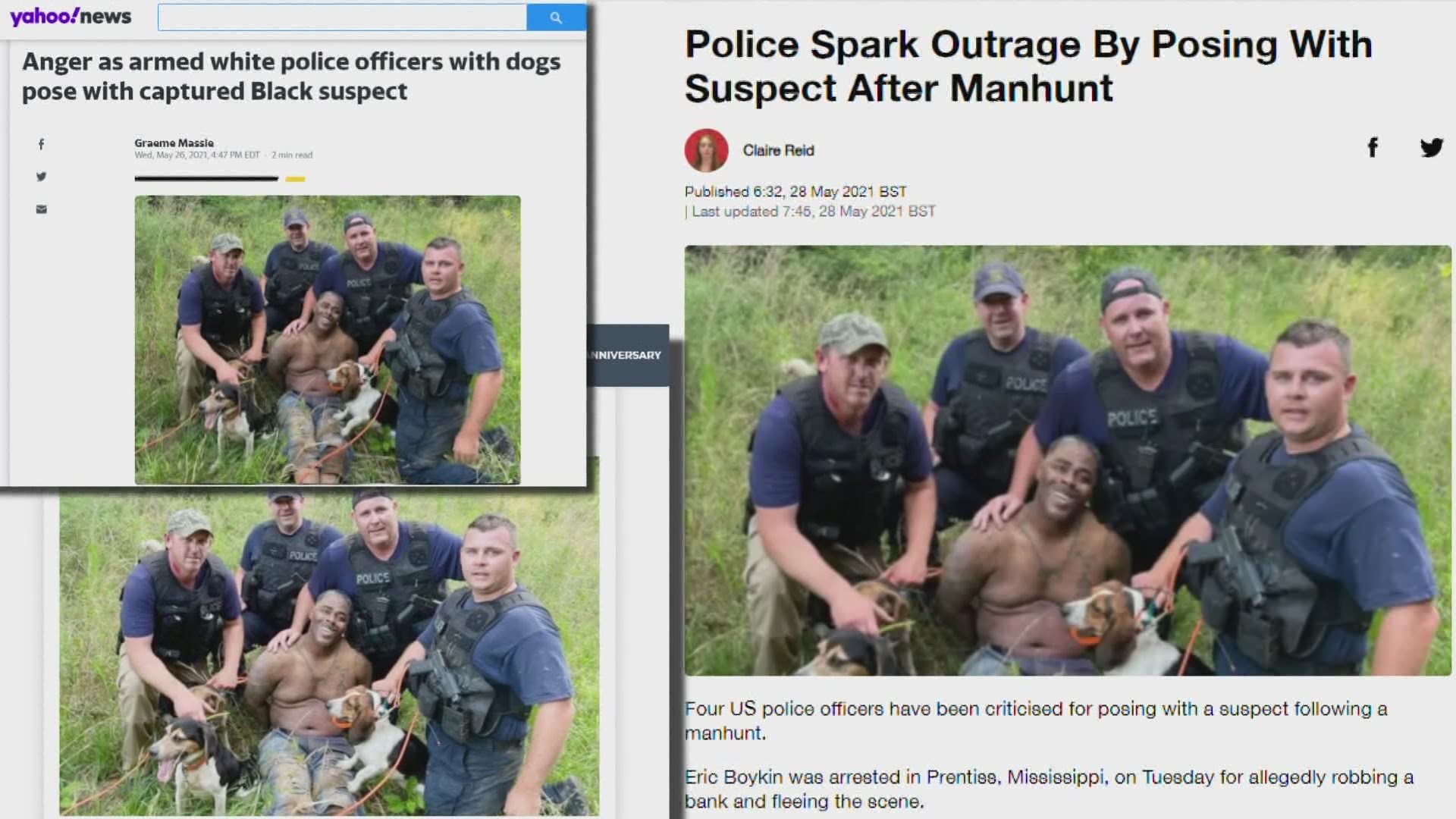 WASHINGTON PARISH, La. — Corrections officers from Washington Parish are facing backlash across the world for a photo they took with a man arrested for robbing a Mississippi bank.

Many critics say the photo is in bad taste at best, and the Department of Public Safety and Corrections acknowledged that it was in poor judgment. But none of the officers shown in the photo will be disciplined for it because it didn't break any rules.

The photo shows four officers — none of whom have been identified by DPSC — kneeling next to a smiling and shirtless man with his hands behind his back.

Ashraf Esmail, an associate professor of criminal justice at Dillard University, says the optics of the photo speak louder than the arrest of an alleged criminal, who he says, in this case, looks more like a hunting trophy.

"It brings about the history of slavery when you think about hunting of African Americans at one time," he said. "With the issue of law enforcement and racial justice this past year, it really gives off a very, very bad optic."

The man in the photo is Eric Boykin, a Black Gulfport native now in the Jefferson Davis County Jail, charged with armed robbery and being a felon in possession of a weapon.

The officers, all white, are part of a chase team from the Rayburn Correctional Center in Washington Parish. They were called in to help track the suspect down, which they did, before posing.

Michael McClanahan, president of the Louisiana NAACP says with a serious crime like armed robbery, arresting a suspect should carry the same weight, not a photo opportunity.

"It's not becoming of a professional law enforcement officer because I know too many of them. They don't do that. It sends a wrong message," McClanahan said.

The NAACP is calling for disciplinary action, but a spokesperson for DPSC says the officers didn't actually violate any department rules. In a statement, the department said the situation would be used to train officers in the future:

"The picture should not have been taken, it was poor judgement. We regret that it happened and will use this incident for sensitivity training for our staff."