Video captured by one of them shows the man yelling at employees that "Texas' Governor says you don't need (expletive)," and the store's mask policy was illegal. 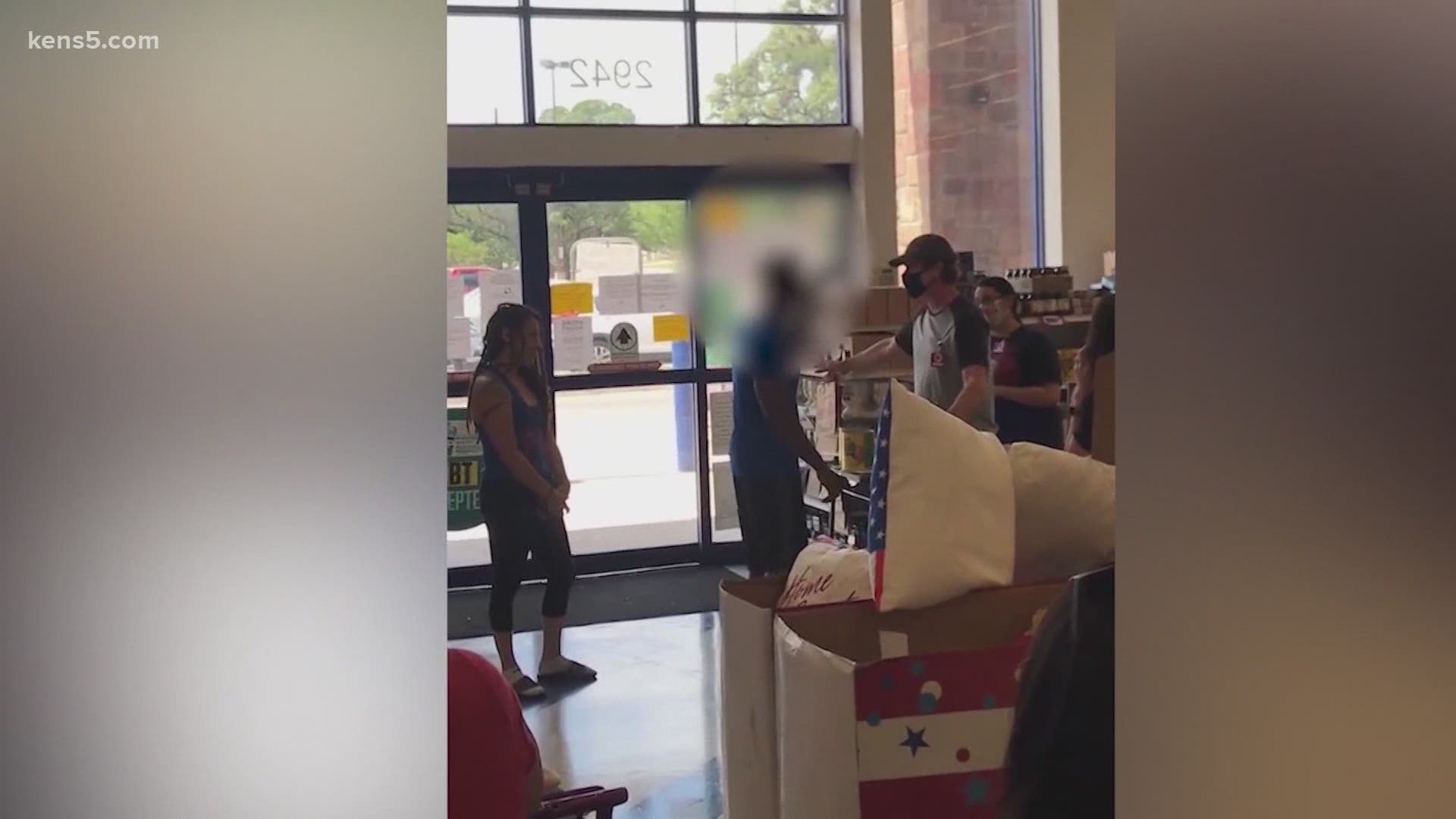 SAN ANTONIO — On Wednesday, San Antonio police responded to a reported assault at a local '99 Cents Only Store' after a maskless man became belligerent over the store's mask policy and charged at other customers who were recording him.

Video captured by one of them shows the man yelling at employees that "Texas' Governor says you don't need (expletive)," and the store's mask policy was illegal.

The man seconds later goes after a customer recording on his phone. The two shove one another and end up against the Coke machines. KENS 5 is blurring the man's face because he has not been charged with a crime. SAPD said preliminary information was not available, and that officers responded to a call of an assault in progress.

The man in the video said, "Don't record me that's an invasion of my personal privacy."

A woman who said she was with the man, posted to Facebook saying they were denied entry after stating they had medical exemptions to wear a mask. She said nobody was ever hit.

Governor Greg Abbott encourages the use of masks but doesn't require them. He said local governments cannot punish people for not wearing a face covering. Mayor Ron Nirenberg clarified.

Mayor Nirenberg and Judge Wolff said while they won't fine anyone for not wearing a mask, people should still wear one.

"How many signs do you see that says no shirt, no shoes, no service," Judge Wolff said. "They certainly have the right to do that, and we are encouraging them to do that. It is really the most important tool we got."

President & COO of '99 Cents Only Stores' released the following statement to KENS 5.

"The safety and security of our associates and customers remains our highest priority. We continue to accept the advice of public health experts and follow all official guidance as directed by local, state and federal jurisdictions.

"We take seriously our responsibility to serve the San Antonio community and support Governor Abbott's request that everyone consider the health and safety of their neighbors as they leave their homes for essential activities."

This is the second time this week, San Antonio Police have responded to an argument over a mask. On the same day, police showed up to a shooting at a VIA bus stop.

Police say the alleged shooter Jason Jackson was told he couldn't get on a VIA bus without wearing a mask. Passengers began to get upset and one started arguing with Jackson outside the bus stop. According to police, that's when Jackson shot the rider. The 36-year-old is charged with aggravated assault with a deadly weapon.