The 4-year-old had bruises and visible injuries to his head. 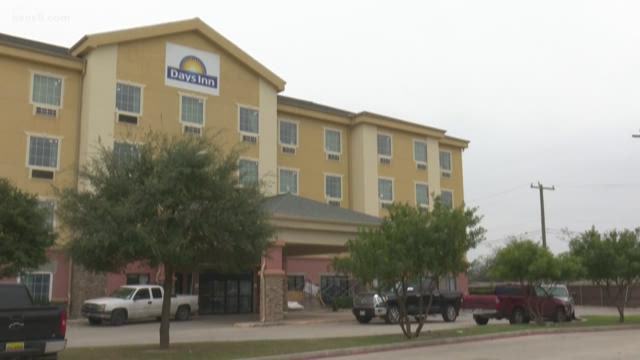 A 4-year-old boy is dead and police say that his mom's boyfriend is to blame.

The San Antonio Police Department was called to a Days Inn at I-10 near East Houston Street on Friday evening, where they found 4-year-old Cash Briones dead in a third floor guest room.

His mother told police that she left the boy and two other children with her boyfriend, and when she returned, she found the boy in bed, unresponsive, next to her intoxicated boyfriend.

Police say that the child had obvious head trauma and other injuries.

Michael Cruz Arroyo, 32, is facing five charges, including two for assault and three for injury to a child.

Police also said that a 1-year-old and a 3-year-old were brought to Children's Hospital of San Antonio to be checked out for possible injuries, but an update on their condition is not available.

Arroyo was taken to a hospital to be treated for a possible toxic ingestion.

Police usually do not release condition reports on people under arrest, so no update on his status is available.

The medical examiner ruled the child’s cause of death was blunt force injuries to the head and possible asphyxia. His death has been ruled a homicide.