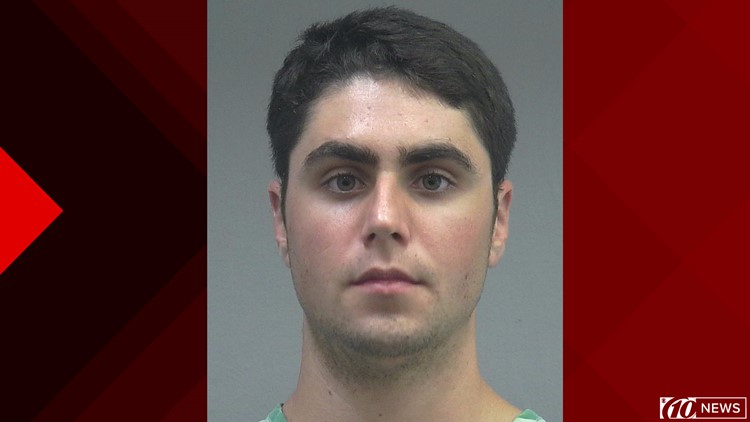 GAINESVILLE, Fla. — A resident assistant at the University of Florida who was charged with battery has been released from jail after the judge said he was a "high-achieving" student leader, the Independent Florida Alligator reports.

Ian Milaski, 21, was arrested Aug. 28 after being accused of repeatedly asking a female student for sex and trying to put his fingers inside her underwear.

He was released on his own recognizance from his original $125,000 bond, court documents show. He had been charged with battery and false imprisonment.

Milaski quoted financial difficulties and his wish to finish school assignments before getting ready for Hurricane Dorian as his reason for filing a motion to reduce the cost of his bond.

His attorney reportedly wrote that it was a "misunderstanding among platonic friends fueled by alcohol."

The female student was walking Milaski, a Cape Coral native, back to his dorm room when he was drunk, WBBH reports. He is accused of picking up the female as she was trying to leave and putting her on the dorm room bed before forcing himself onto her.

She finally ran out of the dorm room after freeing herself.

The student also told police she saw a "shadowed outline" of a person in the doorway of her dorm room after her door opened. She told police it was Milaski and she told them she yelled for him to leave, which a friend who was staying with her also told police.

Editor's Note: Mr. Milaski is accused of asking a female student for sex and trying to put his fingers inside her underwear. However, court documents suggest his current charge is battery -- not sexual battery. The story has been updated to reflect the latest information.