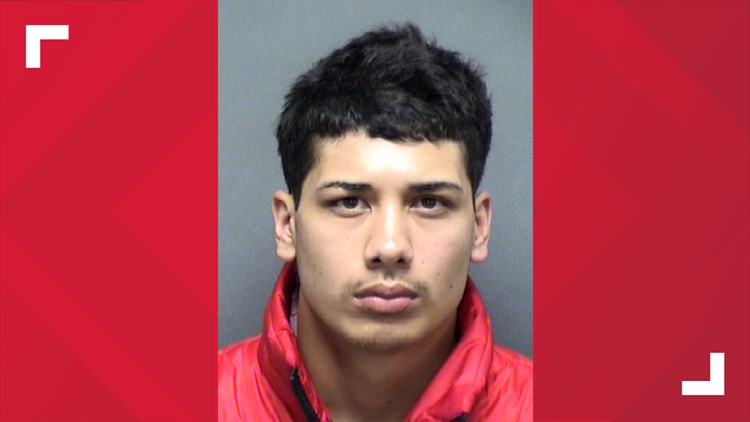 SAN ANTONIO — An Uber driver in San Antonio was shot in the hand and hip area after receiving a pick-up request via Instagram.

Jesus Villegas, 17, has been arrested for aggravated assault with a deadly weapon in connection to the shooting that took place on May 30.

According to an arrest affidavit, officers were dispatched to IH-10 and S. New Braunfels Avenue for a shooting in progress.

At the scene, they found the Uber driver with multiple gunshot wounds.

The shooting victim told police that he received a message for a pick-up via Instagram and that when he arrived at the pick-up location, two unknown men confronted him, armed with handguns.

The victim was shot in the hand and hip area while trying to run away from the suspects.

The suspects ran away on foot and were not immediately found.

Villegas was later arrested after being identified on home surveillance footage that captured the shooting.