Authorities say two people were taken to the hospital after a shooting at S Zarzamora St. and San Luis St. 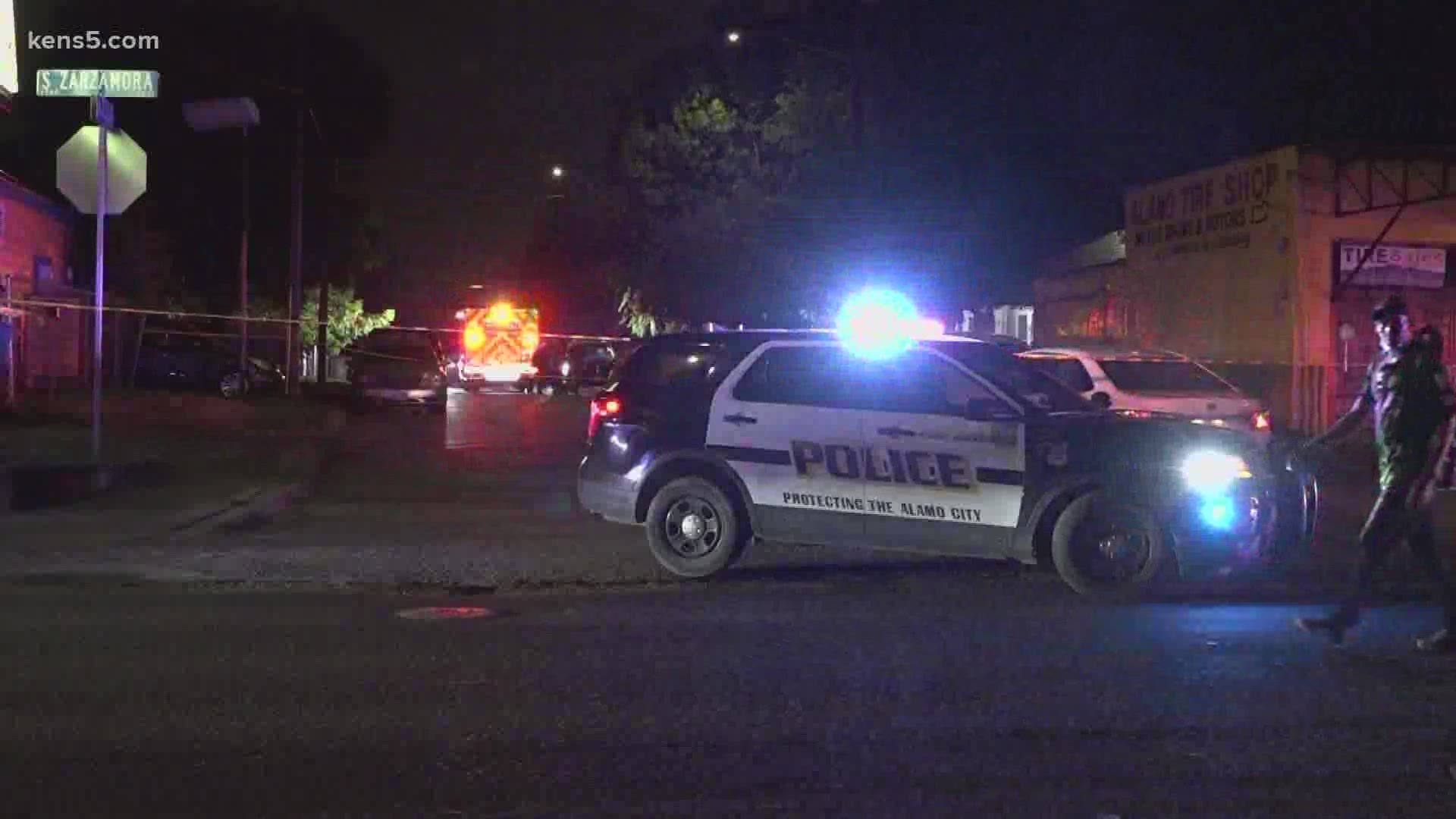 SAN ANTONIO — A teenager was killed and a man in his 50s was taken to a nearby hospital following a shooting on the west side Monday night.

Authorities say the shooting occurred near the corner of S Zarzamora St. & San Luis St. at around 9:30 p.m Monday.

According to preliminary information provided by SAPD, it is believed that two teens got into an altercation with a man in his 50s. Shots were fired, with one of the teenagers and the man in his 50s getting hit.

The teenager, who has since been identified as Moses Johnson, 17, that was shot, died at the scene shortly after. The man in his 50s was taken to a nearby hospital in critical condition, with life-threatening injuries.

The other teenager was detained at the scene but was uncooperative with the investigation.

The motive for the shooting is unknown and the case remains under investigation.

Chopper 5 shows a number of police units at the scene late Monday night.

Chopper 5 over the scene of a reported shooting

LIVE: Chopper 5 is over the west side at the corner of S Zarzamora St. and San Luis St.

We will update this story as it develops.