A woman was killed in the crash and another person was taken to a nearby hospital. 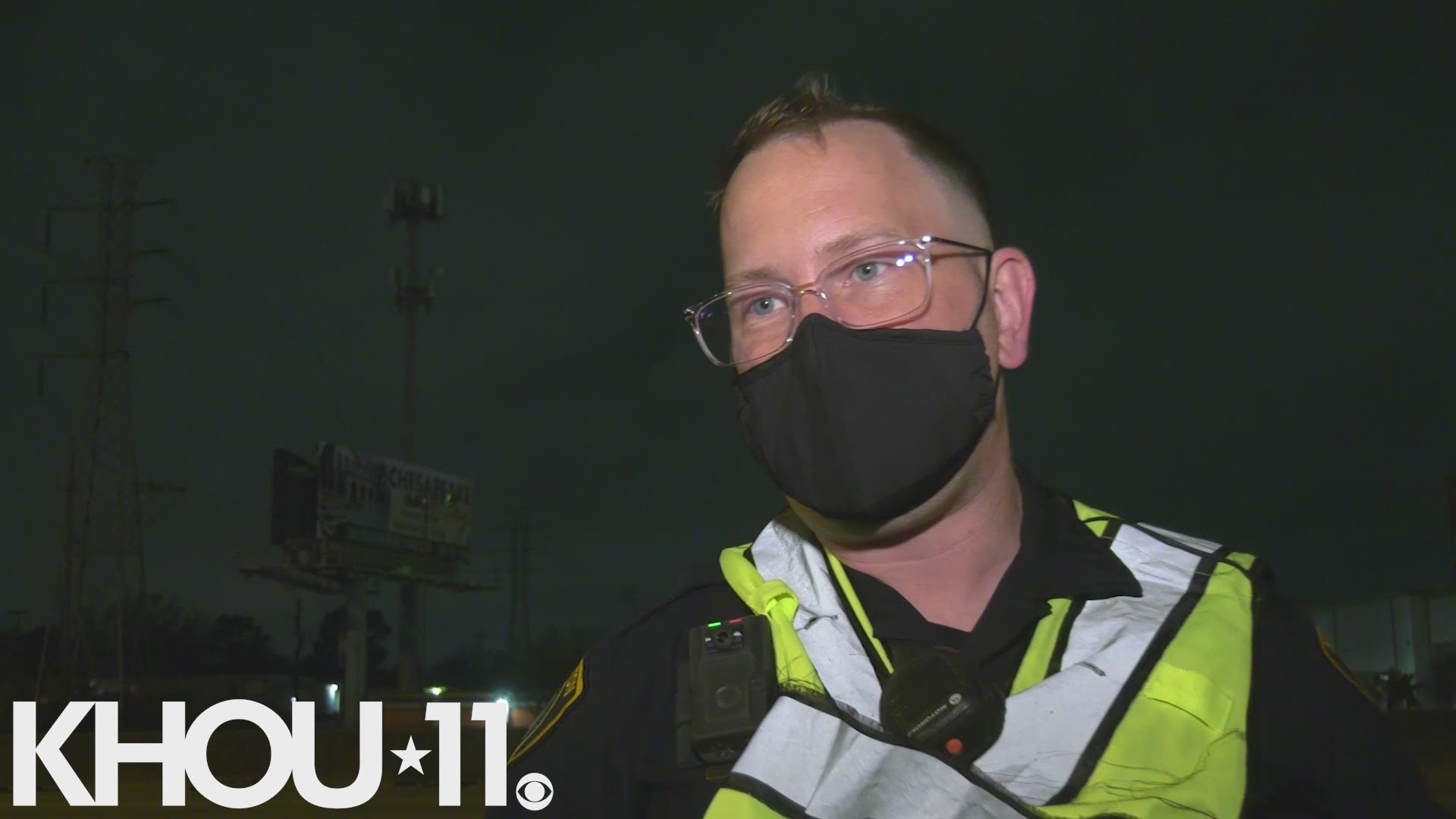 HOUSTON — Houston police are looking for a driver and a passenger who left the scene of a deadly accident Sunday on the Gulf Freeway.

The impact of the crash killed one woman and sent another person to the hospital.

This happened shortly after midnight on the Gulf Freeway just before 610.

According to investigators, the driver of a Sentra Nissan was traveling behind an unidentified truck and a Tahoe on the northbound lanes of the Gulf Freeway.

The passenger in the Nissan, a woman, was pronounced dead on scene. The driver was taken to a nearby hospital. Police said the driver didn't show any signs of intoxication.

There were two people riding in the Tahoe. They both ran away from the scene before police and EMS arrived.

Investigators said a witness claimed the two were intoxicated.

Police have no identification details on the two people who ran away but are asking anyone with information to please call the HPD Hit and Run Unit at 713-247-4072 or Crime Stoppers at 713-222-8477.

Editor's note: An earlier version of this story noted that the Tahoe hit the Sentra. Per police, the driver of the Sentra hit the Tahoe.