As the officer was taking the female driver into custody, a male passenger took off with the car. 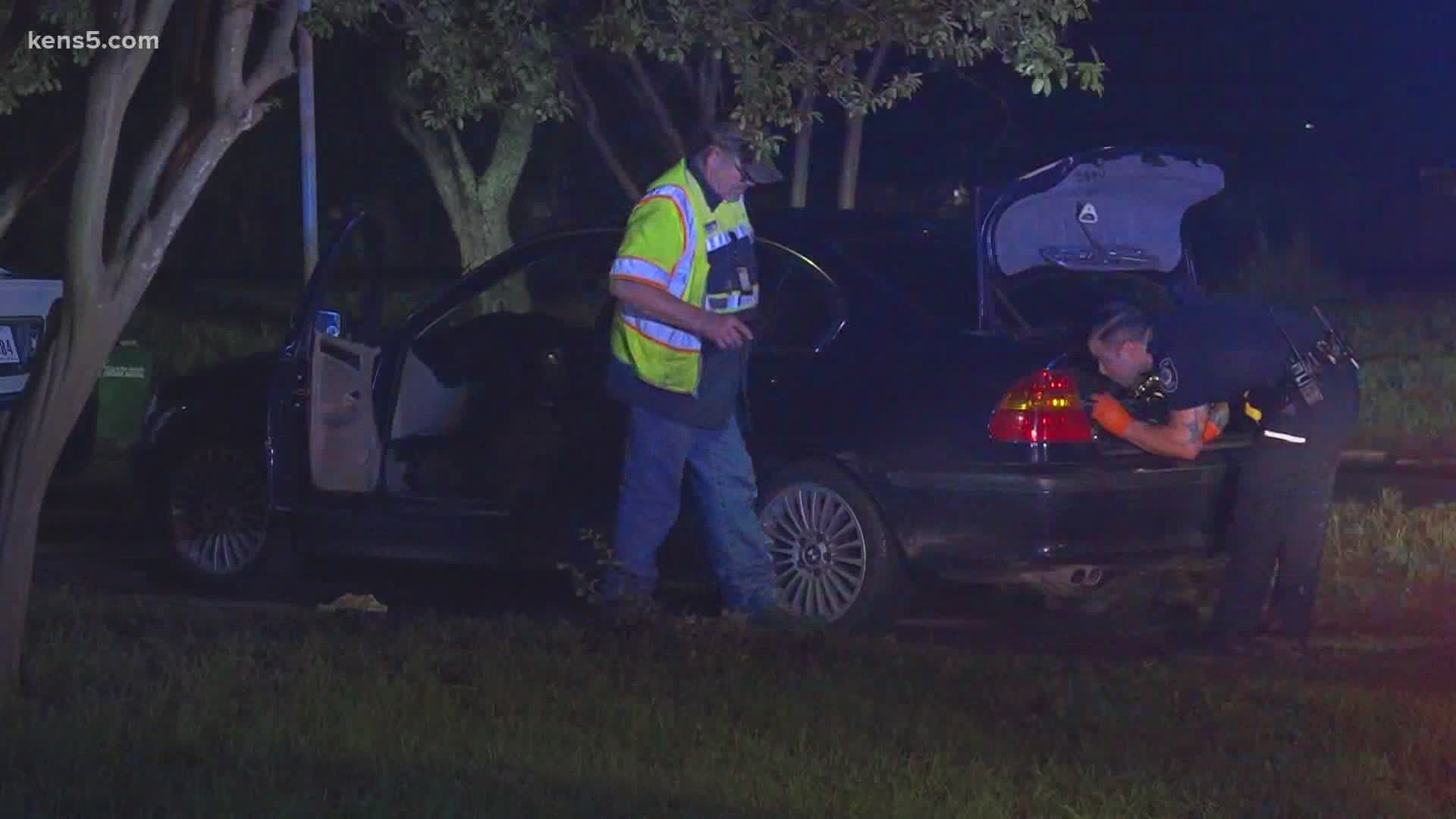 SAN ANTONIO — Two people were taken into custody after leading police on a high speed chase.

Around 12 a.m. Tuesday morning, Castle Hills Police Department attempted to pull a woman over after she committed a traffic violation, CHPD said.

When the officer tried to pull her over, she sped off and started the high speed chase that reached speeds of over 100 miles per hour.

Around Dresden Drive and Neer Avenue which is near Jackson Keller, the woman stopped and bailed out of the car, police said.

As the officer was taking the female driver into custody, a male passenger took off with the car.

Police said the woman told them where the male suspect was headed--- police went to the 400 block of Marchmont Lane and spotted the vehicle.

Officers found the male suspect inside of a home and took him into custody.

Police said the female suspect had a felony warrant and the male suspect was in possession of narcotics.

Both suspects were taken to jail.