The deputy had been dispatched for potential car burglars on Twinbear Creek, near Loop 1604 and Highway 90 when shots were fired at his car just before 3 a.m. 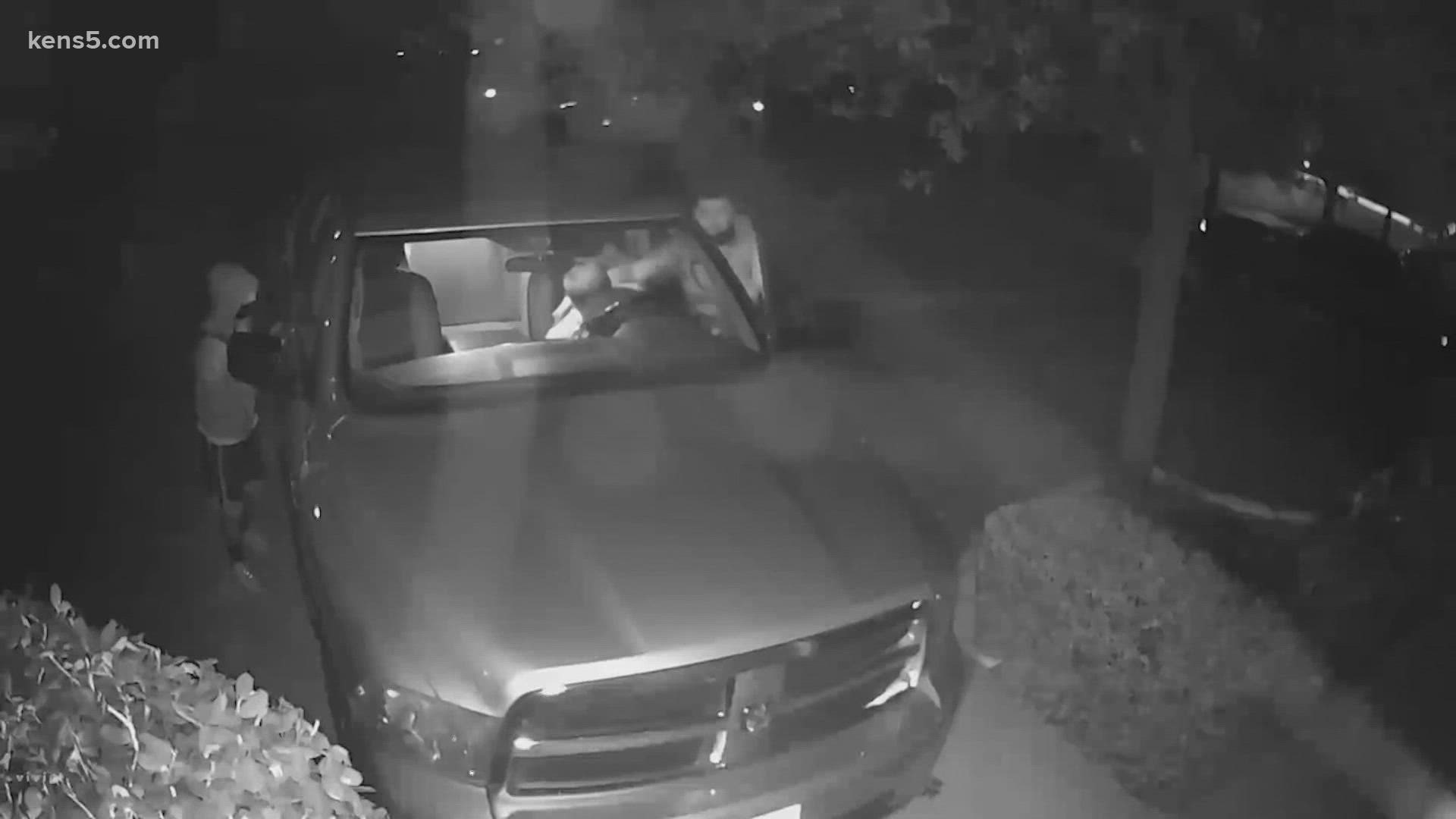 SAN ANTONIO — A Bexar County Sheriff's Office deputy was shot at by two suspects while responding report of a suspicious person on the far west side early Thursday morning.

According to an official with BCSO, two males immediately opened fire on a deputy's patrol vehicle, striking it multiple times.

The deputy was not hit by gunfire, but the two suspects took off on foot after shooting and began hiding behind homes and jumping fences, investigators said.

At one point, the two suspects made entry into a random person's home, however they quickly exited. After around 45 minutes of searching, deputies were able to take the suspects into custody. One suspect sustained minor injuries due to resisting arrest. He was checked out by EMS. There were no injuries to deputies or residents.

Sheriff Javier Salazar gave an update at 6:30 a.m. He said he received a call that two of his deputies had been fired upon in two separate incidents surrounding the same case.

"Initially, our deputies were called out to Baffin Peak for a report of burglary suspects when one of the deputies saw a suspect, he started to exit his patrol vehicle," he said. "That suspect fired about seven rounds at my deputy. Two of those rounds hit the vehicle. And I'm told that the only reason that suspect stopped firing is because his weapon ran out of ammo. He ran it dry in an effort to try to kill this deputy, who didn't even get a chance to return fire."

Salazar described how the suspect, along with a second one, started running and tried to hid behind a vehicle. A second deputy caught up to the men on another street, noticed some feet sticking out from behind a car, and that's when the second suspect fired another shot at the second deputy, but missed and hit a civilian vehicle.

The two suspects broke into a shed and then a nearby home, but Salazar said it didn't end well for one of them when they confronted a homeowner.

"That homeowner put up quite a fight and in fact caused quite a bit of injury to one of the suspects who is a bit bloody as a result," he said. "I'm proud of that homeowner for taking a stand and making sure that that suspect's not going to forget breaking into that house any time soon for sure."

Salazar spoke about how the deputies reacted and said he was proud of how they handled the situation.

"The deputies showed a great deal of restraint. These deputies didn't have to fire a single shot to get these two armed, desperate, would-be cop killers into custody," he said.

The suspects are described as being in their late teens or early 20s and are not being cooperative, Salazar said.

"I'm going to bet my next 10 paychecks that they've got a criminal record," he added.

Here is a video of the altercation between a homeowner and the suspects from the Bexar County Sheriff's Office: 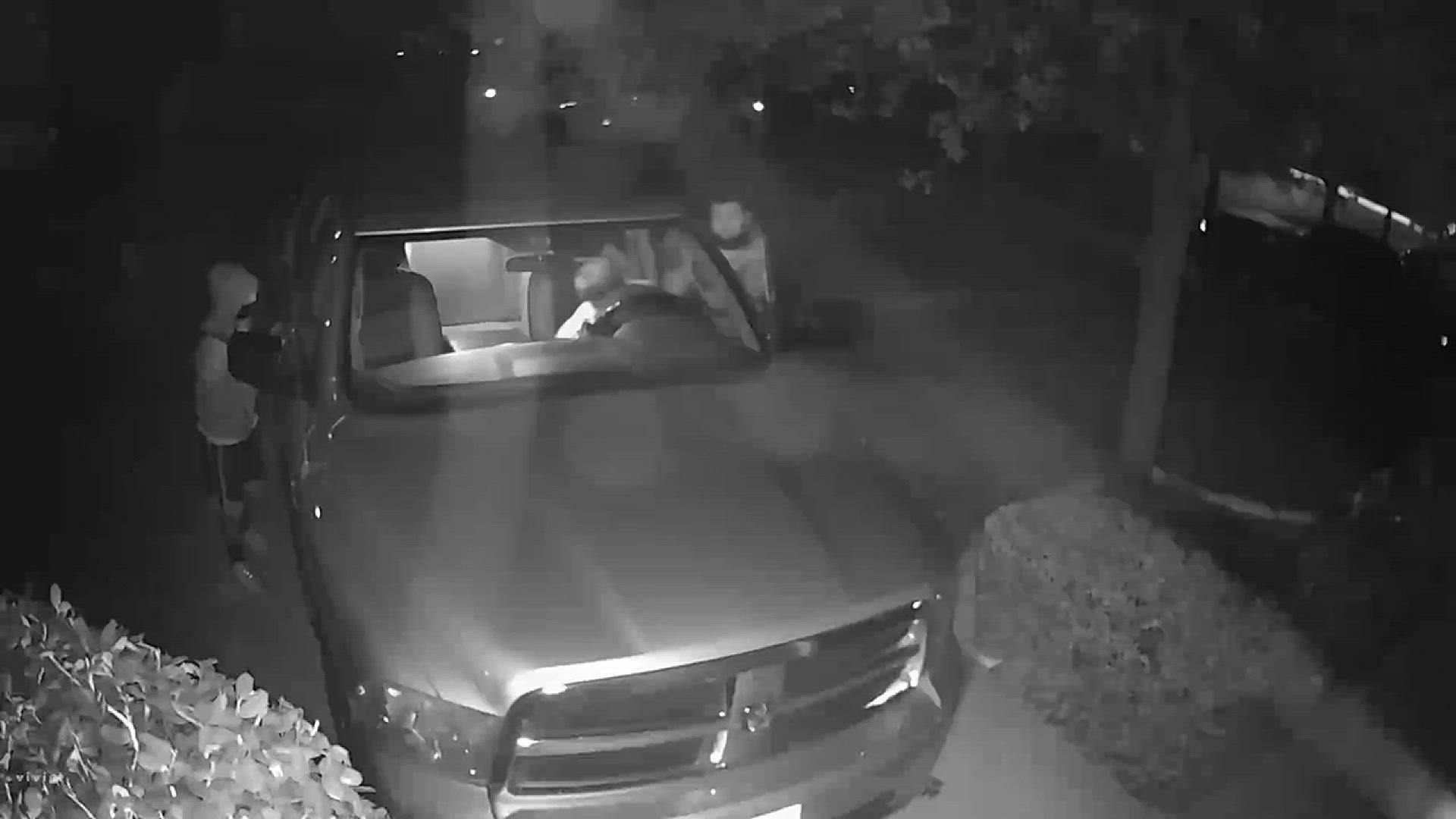