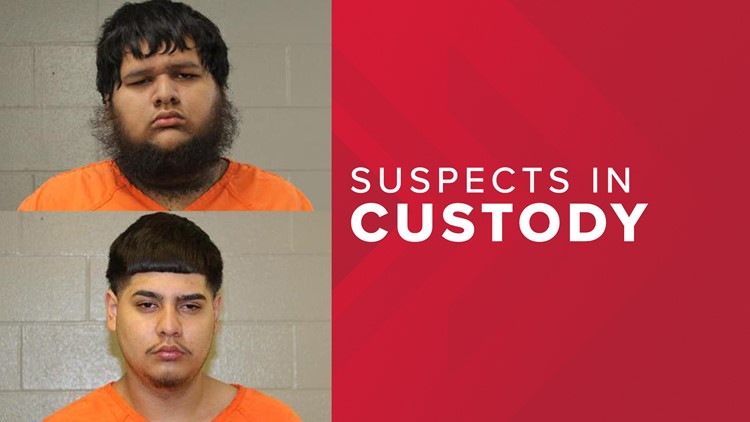 Two arrested, charged with murder in death of 20-year-old in Devine

SAN ANTONIO — Two men have been arrested in connection with a shooting that killed one man and sent another to the hospital.

According to a spokesperson for the Medina County Sheriff's Office, deputies responded to a report of shots fired on CR 668 in Devine on October 6. Deputies found Noah Hoover, 20, had been shot twice. He was airlifted to University Hospital, where he was pronounced dead. Jesse Lee Hoover, was transported to University Hospital by ambulance. He received a single gunshot wound and was rushed into surgery. He is in recovery and expected to make a full recovery.

On Monday morning, Medina County Sheriff’s Office and the Texas Rangers arrested 18 year old Julian Maldonado and 19 year old Vincent Maldonado. The suspects were in a motel room on Military Drive in San Antonio. The two were arrested and taken to Medina County Jail. Both men are charged with murder and each has a bond of $500,000.

Woman charged with impersonating a deputy at Home Depot