A murder mystery that's baffled Texas lawmen for over 50 years

Five members of the Arrellano family, including two children, were murdered in 1968. A retired San Antonio police officer seeks justice for the lone survivor. 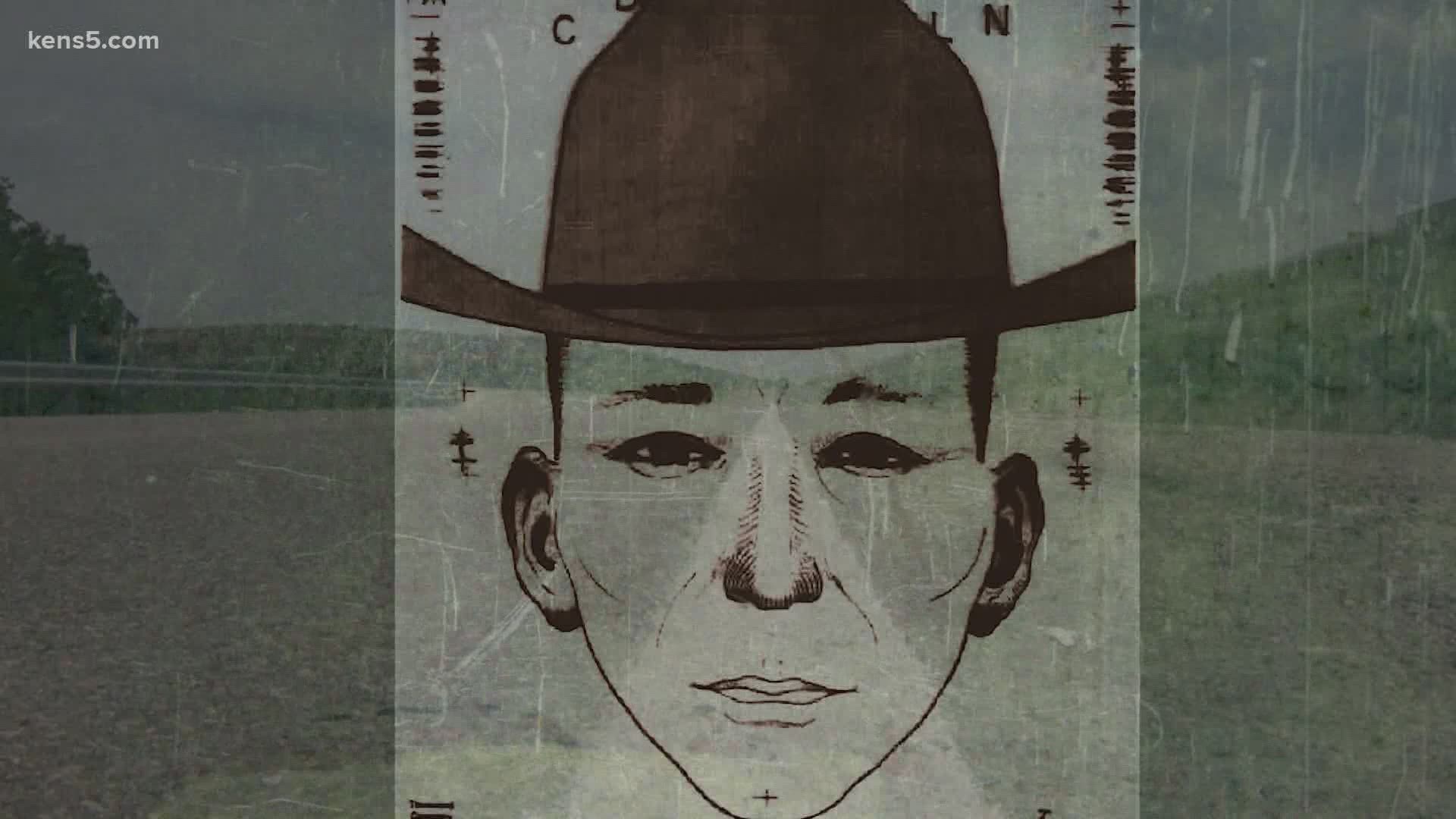 EDWARDS COUNTY, Texas — For any law enforcement officer, there are cases that are hard to forget.

But, for Edwards County Sheriff’s Office Chief Deputy Darrell Volkmann, this one is haunting.

“I’ve never seen anything like this in the 33 years I’ve been doing this job,” said Volkmann.

Volkmann served as a police officer in San Antonio for over 30 years, and when he took a job in Edwards County, the case was just handed over from the Texas Rangers.

“We don’t have a bad crime that happens here about once every three years,” said Volkmann. “But this was one of the century.  It was a horrible crime.”

Volkmann said the Arrellano family, Father Manuel, his wife Monica, and his sister Rosa, were traveling from Mexico with the couple’s three children.

“They were going to San Angelo because they had a newborn in the family,” said Volkmann.

But the Arrellano’s never made it.

According to police documents, the family’s car had a flat tire off a remote stretch of Highway 277 between Del Rio and Sonora.

“He didn’t have a spare, so somebody picked him up and took him to Sonora,” said Volkmann.

A man driving a pick-up truck reportedly drove the father and son back to where their car was, and little details are known to what exactly happened after that.

“The car was left abandoned and there was bodies scattered everywhere,” said Volkmann.

The road crews found the two children first, both under the age of two, shot in the head and killed.

Three miles down Hwy. 277, they found the bodies of Manuel Sr., his wife, and sister.

Rosa had been sexually assaulted.

And those crews made another discovery.

Hidden in the tall grass, they found a five-year-old boy in a pool of blood, authorities later learned he had been shot and stabbed.

But, he was still alive.

Volkmann said it was a miracle the boy survived.

“I do believe that he saw his family killed,” said Volkmann.

Manuel Jr., the only survivor in a vicious crime that’s baffled Texas lawmen for over 50 years.

A memorial stands today near the Dry Devil’s River Bridge, the only reminder of the horrors that happened along the roadway.

Over the years, investigators have had some promising leads, but have yet to find the killer or killers.

“They were on a real hot track for a while, and it just went cold for some reason or another,” said Volkmann.  “The longer it gets, the colder it gets.”

But for this retired San Antonio Police Officer, the 20th investigator in the case, it’s a mystery Volkmann said he’s determined to solve.

Volkmann said he believes there were two killers, not one like originally believed by investigators.

“I always thought there were at least two that were suspects. I didn't think that one man could have caused all this damage and turmoil by himself,” said Volkmann.

Volkmann said that he didn’t believe one person could have restrained Manuel Sr., and killed the two children at the same time.

“I'm sure that if you would have shot two of his children, he would have fought, like an animal,” he added.

Plus, he said there were three miles between where the bodies were found, the car also believed to have been moved after the first two murders.

Former Edwards County Sheriff Don Letsinger was just beginning his career in law enforcement, and remembers the fear that clenched three counties after the murders.

“The feeling around was that there's somebody, maybe someone from our county here in Edwards County, someone from Sutton County or someone out of Val Verde County that is capable of murdering five people,” said Letsinger.

Letsinger said the Texas Rangers led the investigation for many years, and shortly after they found the little boy, investigators questioned him about what happened.

“That's the only person to get a description from that was still alive,” said Letsinger.

And the description the boy gave to authorities, wasn’t too unusual in this rural county.

“He gave a kind of description about a tall cowboy, with a cowboy hat and high top boots with his pants inside his boots,” said Letsinger.

Police records indicate witnesses also saw the family with a man described as a cowboy.

“It was all kinds of people saying, we think this is who it is, but nothing ever came of it,” said Letsinger.

Although one of the investigators spoke Spanish to the little boy, Volkmann still believes a language barrier may have misled investigators on other leads.

Transcripts from the boy’s interview outlines the little boy’s confusion.

“One time they had asked him, ‘was he an American?’ He goes, ‘No, we didn't get any ice cream.’ So, he just didn't understand what they were talking about,” said Volkmann.

But a few years later, a twist in the case.

A man was convicted in California of a strikingly similar crime.

“He was the guy who fixed the flat in Sonora,” said Volkmann.

Could this man be the cowboy reportedly seen with the family before they died?

“They were convinced that this individual was part of it,” said Letsinger.  “They went to California and got his DNA, it did not match anything that was in the evidence.”

And then decades later, Volkmann thought he had another strong lead.

A man connected to the case, still living in Edwards County, but Volkmann said DNA tests were inconclusive.

Volkmann said the evidence has posed a big challenge in solving this case.

“I really feel that it's contaminated because in 1968, law enforcement didn't handle that type of evidence like we handled it today,” he said.

As another year passes, and another year the case gets colder, Volkmann still sorts through all the nearly dozen binders of evidence.

He said it’s something he takes home with him at night.

“I’m not able to sleep at night, sometimes I walk the floor, and I keep playing these photographs in the back of my mind,” said Volkmann.

The veteran law enforcement officers said the crime scene photos of children shot in the head is hard to forget.

“I don’t understand why anyone would want to kill an 18 month old baby—much less shoot 2 other young children,” said Volkmann.  “All of the individuals here were more or less executed.”

And as difficult as finding who’s responsible might be after 50 years, Volkmann said he still wants to find justice for the only survivor of this vicious crime, and the family left behind.

“He needs answers. This thing needs to be solved,” said Volkmann.

Volkmann said he hopes there’s still someone out there who will come forward with new information.

“Fifty-two-years-old, suspects are leaving us,” he said. “Even if the person now is deceased, he's going to pay his price with someone else.”

If you have information about this crime, you’re asked to call the Edwards County Sheriff’s Office.