Lemuel Bruce, 44, is the first arson investigator in HFD's history to be shot and killed in the line of duty, Chief Samuel Peña said. 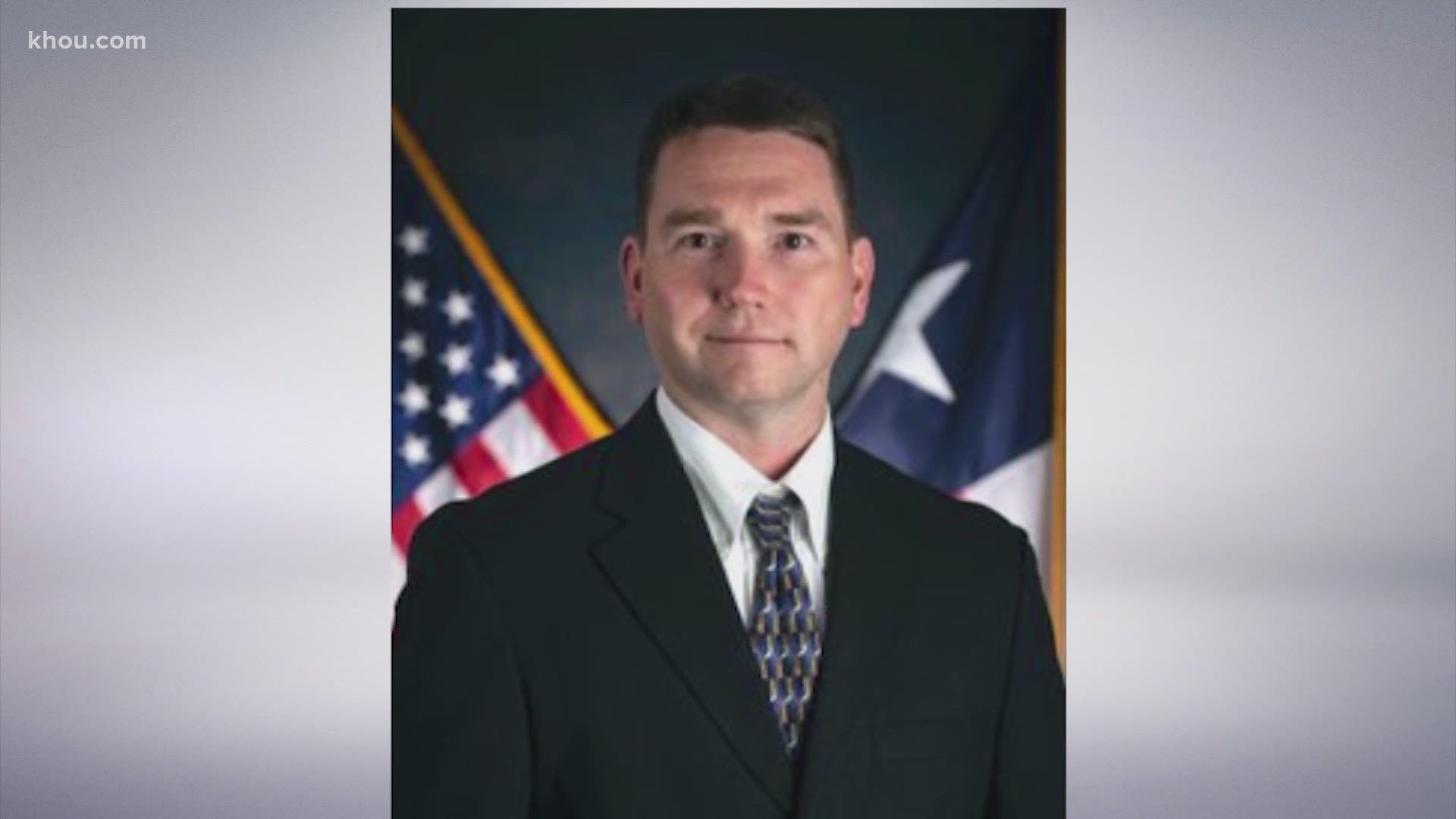 The victim -- 44-year-old Lemuel Bruce -- is the first arson investigator in HFD's history to be shot in the line of duty, Chief Samuel Peña said.

Bruce was married with two children, ages 8 and 12, and he was a 17-year-veteran of the department, the chief said.

"Please keep them in your prayers. It's a tragic, tragic loss," Pena said. "It's senseless. Senseless."

RELATED: Nearby SUV set on fire minutes before Houston arson investigator was shot and killed

The chief and Houston Mayor Sylvester Turner spoke outside the hospital later in the morning, confirming the tragic news.

“We send our condolences and prayers to investigator Bruce, and his wife and his two children. We are uplifting him, and we are asking the City of Houston to the do the same," Turner said.

Bruce and other investigators were "conducting surveillance during an arson investigation" into a string of car fires in the Timbergrove and Heights areas of northwest Houston.

Minutes before he was shot, an SUV a few blocks away was set on fire. HFD isn't saying yet whether it's related.

Bruce reportedly told his partners he spotted a vehicle that matched the description of the suspect's. By the time the other investigators arrived at the scene to help Bruce, he'd been shot.

Firefighters at a nearby station heard the gunfire and responded within a couple of minutes, the chief said. They found Bruce with gunshots to his upper torso and head. They rushed him to Memorial Hermann Hospital but he died just before 5 a.m.

Fellow firefighters formed a Wall of Honor outside the hospital when an ambulance carried Bruce's body to the medical examiner's office.

The ATF and HPD are investigating the shooting.

Last week, HFD confirmed a suspected arsonist was arrested for a string fires, including vehicles, across the Greater Heights area. Many of the fires occurred in the overnight hours.

Police Friday morning said they received a tip about another possible suspect, leading to this morning's investigation, search and apparent shootout.

HPD and @HoustonFire Commanders en route to a shooting scene at 2100 W 18th. Further information available at the scene. Media staging is at the Valero on W. 18th. East of the scene. #hounews

It's unknown if the two suspects and the arson cases are connected, although the fires occurred in the same part of town.

RELATED: Arrest made in fires across the Heights area last week

At the scene of Friday morning's shooting, at least one vehicle was riddled with bullets, reported KHOU 11's Janel Forte.

In a press release later in the morning, HFD stated Bruce had been an arson investigator for five years but served in multiple fire stations for more than a decade before that.

"Please, keep the family, friends and members of the HFD Arson Bureau in your thoughts and prayers during this difficult time," stated HFD.

At the press conference, Peña noted the department's arson investigators are certified peace officers in the state of Texas.

The collective hearts of all of us @houstonpolice goes out to @HoustonFire Arson Investigator Leumel Bruce, his family, his colleagues, and his friend.

Our hearts are broken for our friends. We will be with the Bruce Family and HFD every step of his journey to Eternal Rest. RIP https://t.co/Uw0tjLMQVC

Editor's note: an earlier version of this story indicated the shooting occurred as investigators served an arrest warrant, a statement previously made by HFD; the department later said the investigators were conducting surveillance, however

"As Texans, we know that law enforcement puts their lives on the line every day to keep our families and our communities safe. It is more important than ever that they have our support."